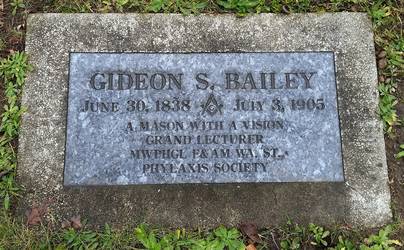 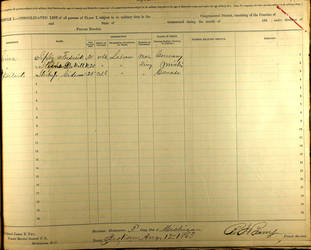 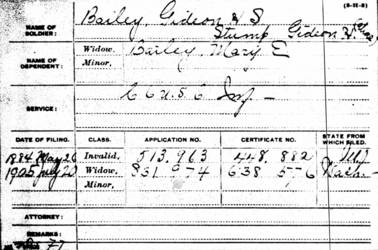 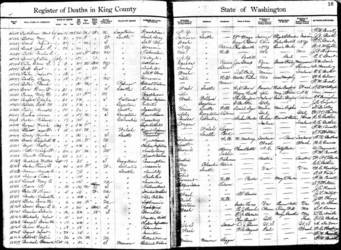 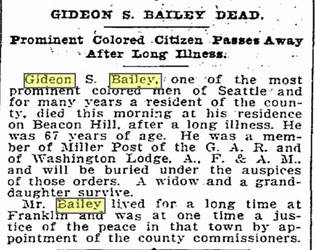 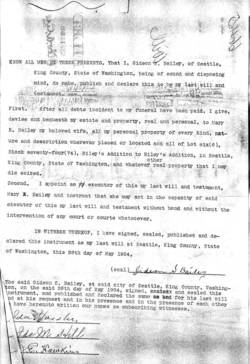 Organized near Philadelphia the 6th USCT infantry departed Pennsylvania in October, 1863 and moved to Yorkton, VA via Fortress Monroe. It remained at Yorktown until May, 1864. During that stay it participated in an expedition into North Carolina and another against Richmond, VA.

On January 15, 1865 Ft. Fisher was captured. This was followed by the battles of Sugar Loaf Hill (1/19) and Sugar Loaf Battery (2/11). Wilmington fell on 2/22. Then came the Carolinas Campaign (3/1 - 4/26) and the advance on Kinston and Goldsboro (3/6 - 21/65). Following the occupation of Raleigh, NC on 4/14 and the surrender of Rebel troops under the command of Confed. Gen. Joseph Johnston the 6th performed guard duty North Carolina until receiving final muster.

Gideon Stump Bailey was born to African-American parents on 6/30/38 in Kent Gore District Canada West (Ontario, Canada). His father was Ja (me) s Stump (b. unk.). His mother was Canada Bailey (b. unk).

In U.S. Census for 1900 Gideon noted that both of his parents were born in Connecticut, but according to Gideon’s King Co., WA death record, James was birthed in Tennessee while his wife was born in Madagascar. No information is available pertaining to the possibility of there being other Stump children.

According to Gideon, he immigrated to the United States in 1847 and subsequently, in 1853, became a naturalized citizen. By 1861, however, he was back in the area of Canada where he had been born.

By September, 1864 Gideon had returned to America, that was when, as Gideon Stump, he joined the U.S. Army. Without access to his military records all we know about his period of military service is that he held the rank of corporal and he survived The War.

Post- Civil War the first we hear of Gideon is from the year 1889 in Washington Territory/State. That year he appeared in Kittitas County as G.S. Bailey, miner. When and why he assumed his mother's surname we do not know. Also not known is whether he just adopted the Bailey surname or had it legally changed in court.

In 1891 miner Bailey moved westward across the Cascade Mountains to the Franklin/New Castle region of eastern King County. This area was/is Lake Washington from Seattle. Names that exist in that region today - Coal Creek, Black Diamond, etc. - hark back to the area's coal mining roots in the late 1880s/early 1890s. Gideon reportedly came to the area as a strikebreaker.

At Franklin Gideon helped to organize the Republican club. He was also an early financial backer of the Seattle Standard newspaper which directly addressed Afro-American interests in the Northwest. (Book title pg. 85) He was a strong advocate of Black self-help and became the first president of the Washington State Afro-American League in 1891.

In mid-1894 Gideon, and others of the League began visiting local merchants to ask for the hiring of Afro-American clerks and janitors.

Also, in 1894 Gideon was appointed justice of the peace at Franklin. He thus became the first Afro-American in the Northwest to serve in that capacity. This position was one of prestige and pride of Afro-Americans throughout the state.  (Ibid. pg. 60)

Although he had resided in Black Diamond in 1892, by the late 1890s Gideon had moved to Seattle. During the American Civil War the Republican Party was party of blacks. By 1900, this was beginning to change as Afro-Americans found it impossible to obtain elective or other public positions via Republicanism.  Gideon had switched from the Republican to the Democratic Party. When asked why he replied "because the Republicans have never given me an office." (Ibid. pg. 186)

The 1897 Alaska gold rush prompted the incorporation of the Seattle Klondike Grubstake Trading Co.  Investors in the company's stock were largely business and professional men who had stayed home during the gold boom. The list of company trustees read like Who's Who of 1897 Black America. G.S. Bailey was general manager of the organization.

Although no reports of tension between black and white Masonic orders or public debate regarding the legitimacy of the form, as a member of Afro-American freemasonry, in 1898 Gideon and another went before the Grand Lodge Of The State Of Washington and demanded recognition by the white lodges. Based on findings of an investigative committee of the Grand Lodge the Afro-American Masonic Lodge was recognized as a legitimate body (Ibid. pg. 168)

The U.S. Census for 1900 placed Gideon, his wife and grand-daughter in Seattle, WA.  As for his wife, the only name we have for her is Mary Elizabeth born 1838/MO. When and where the two had met and married is not known. One source indicates the two wed in 1870, but an 1861 census for Canada West Kent Gore notes Gideon being married at that time, so perhaps the couple had married in 1860 rather than '70.

In 1892 the married Gideon Bailey was farming in Black Diamond King Co., WA. Eight years later, in 1900 Gideon, Elizabeth and a grand-daughter Lillian Reed (b 3/84 IL) were in Seattle King Co., WA. At that time Elizabeth noted having birthed twelve children, of whom four were then living.

Gideon died 7/3/05 in Seattle at the family residence located on Beacon Hill. According to the 7/6/05 edition of the Seattle Post Intelligencer newspaper, his funeral service would be  held  at the African Methodist Episcopal (AME) church located at 14th  and Pike St. in Seattle  under the auspices of the Masons and the Grand Army Of The Republic. The burial which followed at the Seattle Grand Army Of The Republic (G.A.R.) Cemetery was conducted by the Bonney Watson funeral home.

After Gideon's passing his widow remained in Seattle for many years. Mary was residing in 1910 with her grand-daughter Lillian Jacobs wife of Thornton Jacobs and family in Seattle, WA and by 1920 she was still residing with her grand-daughter but Lillian was married to Roy G Murdock by then. She appeared in City directories in both 1915 and 1917. On 5/11/1920 Mary E applied for residence at Retsil Old Soldiers Home Kitsap Co.

Retsil application for admittance noted Mary E was 84 yrs. of age born in Palmyra, MO and was married once prior to a William Cook in St Louis, MO. She says she has no idea what happened to him. Her only family is a daughter with one child named Lillian who married a Mr. Murdock living at 2013 Forest St. Seattle King Co., WA.  Mrs. Murdock works from 8 am to 7 pm and is unable to care for Mary during the day. As of 1920, however, she was a resident (inmate) of the Retsil Kitsap Co., Washington Veteran' Home.