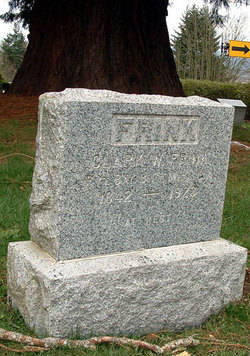 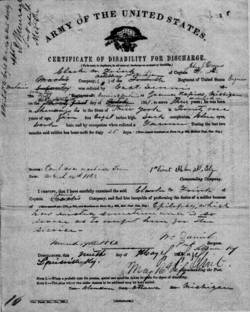 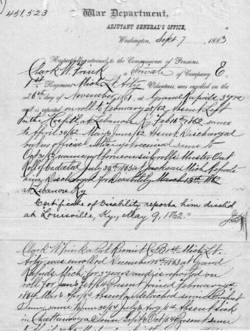 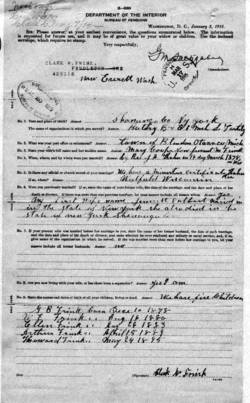 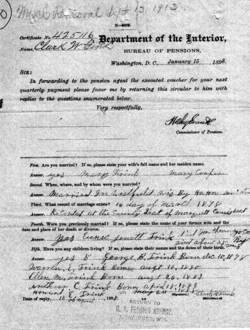 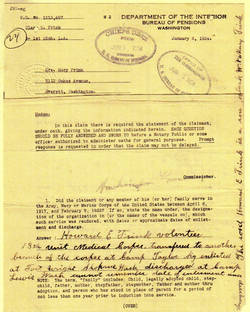 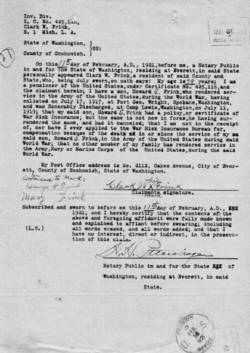 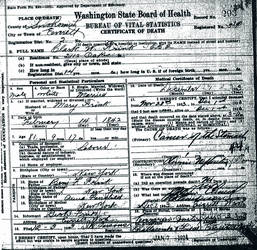 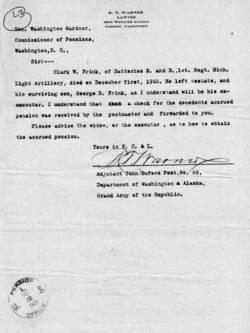 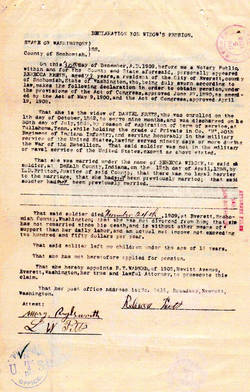 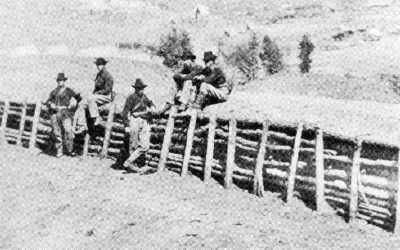 The 1st Michigan Engineers & Mechanics was a three year, western theater "construction" regiment.  Such units were expected to build forts, railroad bridges, etc., but also pick up a musket and fight when threatened by the enemy. The unit was active throughout the War and took part in the grand review in Washington City before final muster.

Note: During the American Civil War regiments of cavalry and infantry generally stayed together and fought as a unit.  Such was not the case in the artillery branch of the U.S. military. Artillery companies or "batteries" were parceled out to whomever and where ever they were needed with an artillery regiment seldom, if ever, coming together as a whole.  As such, this segment covers only Co./Batt. "B" of the 1st Michigan Light Artillery.

The 1st Michigan Light Artillery Company/Battery "B" was organized in Grand Rapids, Michigan during the fall and early winter of 1861. It was to serve its entire tenure in the War's western theater.

It left Grand Rapids on 12/17/61 and received its guns after arriving in the field.  Its first engagement with the enemy was on 4/6-7/62 at Pittsburg Landing/Shiloh, TN. During that struggle four company/battery guns, nearly all the officers and 50 men were captured by the Rebels. Those captured were exchanged in December of that year.

In December, 1863 the company/battery was at Pulaski, TN.  While there nearly half the unit re-enlisted as veteran volunteers and received furloughs.

April, 1864 found the company/battery beginning a march through Huntsville and Bridgeport, AL, Chattanooga, TN, and to Resaca, GA as Union Gen. W.T. Sherman moved his armies upon Atlanta. With the fall of that city, they then "marched to the sea."

Early 1865 found the company/battery moving northward through the Carolinas. After arriving at Raleigh, N.C. on 4/14/65 it moved to Washington City to participate in the Grand Review.  Final muster and discharge took place thereafter.

Note: During the American Civil War regiments of cavalry and infantry generally stayed and fought together. Such was not the case in the artillery.  In that arm of the U.S. military regiments seldom, if ever, came together and fought together. Instead, individual companys/batteries were parceled out and assigned where needed.  As such, herein focus is upon co./batt. "E" alone rather than the 1st MI L.A. entoto.

The Company/Battery that became" was organized at Marshall, MI.   Its captain was John H. Dennis of Grand Rapids, after whom it was initially named.  As best as can be determined, Captain Dennis raised the company/battery which then was assimilated into the 1st Michigan Engineers and Mechanics, but while there was also "detached"   to serve with at least one and possibly two other regiments before becoming known as company "E", 1st Michigan Light Artillery.

The company/battery left the state in December, 1861 and saw first action at Shiloh/Pittsburg Landing, TN in early April, 1862. In September it was in action at Ft. Riley, TN. It ended the '62 year Garrisoned at Nashville.

June, 1863 found the unit at Murfreesboro, TN. That September found it back in Nashville where nearly half the company/regiment re-enlisted as veteran volunteers. Furloughs home followed.

1864. June. A portion of the company/battery marched into Alabama and Georgia. In December the unit helped defeat Confed. Gen. Hood in his attack on Nashville, TN. It then remained at Nashville until the beginning of the new-year.

February, 1865 found company/battery "E" moving from Nashville to Decatur, AL for garrison duty.  It returned to Michigan in mid-year for final disbandment.

According to the best available documentation, Clark W. Frink was born circa 1841 in Chenango County, New York. His parents were Benjamin F. (b. 1811 NY) and Annie (nee Fairchild b.1815 NY) Frink. The Frinks were a farm family.

Beyond basic birth family information no documentation is available for Clark until 11/20/61 when he departed his parents' farm and enlisted in the military.  Even then, however, available information is far from definitive.  Firstly, although military service records do not appear to reflect it, one data source indicates his initial enrolment in what was to become the 1st Michigan light artillery was under the name Charles rather than Clark. Secondly, as noted in the above Regimental History sections, the exact name of his enlistment organization and the naming transitions it underwent before becoming the 1st Michigan Light Artillery is far from clear. Thirdly, there are variations in his physical vital statistics. According to one source the young farmer was supposedly 21 years of age (this does not fit available birth year data, so was likely younger), 5’8" tall, of dark complexion, having blue eyes and dark hair.

Private Frink's 1861 military enrollment was to be for three years, but proved to be short-lived. During the fall of 1861 and early 1862 while marching from Louisville, KY to Lebanon in the same state he caught cold which lead to him experiencing "epileptic" seizures. By 2/16/62 the seriousness of his condition had resulted in his unit leaving him behind in the hospital at Lebanon, KY. By early May, '62 after reportedly suffering three such seizures he was considered unfit to perform the duties of a soldier and granted a disability discharge.

Army life behind him, Clark apparently returned to his parents' farm in Blendon to recuperate and, recuperate he did as in December, 1863 Clark Frink reenlisted in the artillery service of the U.S. Army. On this occasion farmer Frink's vital statistics were noted as 21.10 years of age, 5'9" in height, lightly complexioned, with hazel eyes and brown hair.

This enrollment was in his old artillery regiment, by then known as the 1st Michigan Light Artillery.  His new company/battery assignment was to company/battery "B" within which he would become "bunkmates" with one Wilber Scott who was then wed to - or would later marry - Clark's sister Mary.

During this second enlistment stint Private Frink would feel the sting of combat rather than clutches of physical ailments.  On (11/27/1864) during the 1864 battle of Griswoldville, GA he reported that an enemy artillery shell burst near his head "causing blood to flow from (his) ears, nose and mouth." Being the "number five" man on his gun (find out what role was) he remained on duty "until the action was over or we were ordered to the rear." He continues: "I helped take one gun to the rear and sat on a log, but when ordered further back (I) was unable to get up....Someone helped me onto a horse and I went back to where we were camped...(it was then I )noticed total deafness in the right ear and partial deafness in the left."

In April, 1865 as Union Gen. W.T. Sherman's armies marched northward from Georgia through the Carolinas to the War's end Private Frink suffered from a non-combat injury.  According to his telling, while in South Carolina a tree fell across him injuring his back and spine.

Frink was mustered out of the military for the final time in mid-1865.  Here again, at final muster, we find some interesting discrepancies.  The muster-out roll for co./batt. "E" of 1st MI L. A. noted he had been "discharged for disability at Lebanon, Ky. March 13-62 by order of Gen. Buell." However, on this 7/30/65 roll taken at Jackson, MI Clark W. Frink was noted as holding the rank of sergeant! Had he been carried on the rolls of his first enlistment unit until the end of the war and somehow promoted to the rank of sergeant despite his having been discharged for disability?  We will probably never know.

Military life behind him, Clark returned to his parents' Blendon, Michigan farm. He apparently remained there until sometime in 1867/'68 when he moved to the village of McDonough located in the county where he had been born Chenango, NY. There he married one Eunice Jeanette Calvert (b.d. 1840 NY).  After marriage the couple reportedly remained in McDonough a short time. It was there the U.S. Census of 1870 found 28 year old (check) Clark living on and working as a farm laborer on the farm of one A. Mathew Colbert. At some point thereafter the pair removed from New York and resettled in Michigan in the vicinity of south Blendon.

According to Clark, in 1876 Eunice returned to New York for a visit.  While there she died.  Apparently the union of Clark and Eunice had produced no children.

Pension documentation indicates that shortly after being wed Clark and Mary moved to the State of Maine. Obviously that stay was not long as noted by the couples' first child being born in Minnesota in December of '78. While in that state their residence was apparently in Redwood Falls where, as far as can be determined, Clark was employed by his brother-in-law, Ron Cooper, as a day laborer. It appears the family remained there until 1886 when they moved - likely to Wisconsin as it was there son Arthur was born in 1889. While no census data is available for 1890, in 1895 son Howard was also born in Wisconsin.  Finally, the census for 1900 designated the Frink family as still residing in Wisconsin, specifying their location of residence as Westfield in Marquette County in or near where Clark and Mary had been wed.

By 1900 Clark was  receiving a U.S. Government disability pension based on deafness and head infections which traced back to his being injured by that exploding artillery shell. While the amount of that monthly stipend is not denoted in available documents, Clark was seeking an increase in his payments.  In support of this increase one, affidavit who was familiar with him wrote: "he is nervous, dull in intellect, easily confused and densely ignorant..... (Still, his) general reputation for telling the truth is fairly good." Within another deposition taken during this period or earlier an individual, apparently a medical doctor wrote..."hearing impairment not noticeable in general conversation..... (further) it is a fact that almost any person who has resided any length of time in this climate is more or less affected by catarrh and resulting impaired hearing." The doctor's concluding statement was: “Information obtained from discharge... (until now)...is meager, but it is the best that can be obtained from one so dull and stupid as he."

It appears Clark and Eunice remained in Wisconsin at least through the 1910 census. That tally found him - aged 68 with no income, Mary - aged 58, 5 children with 5 living and son Howard - a laborer, continuing to live in Westfield. Sometime after that year, however, the family moved to Pendleton, Oregon.  Exactly when and why is not known.  However, by 1915 a pension form addressed to Pendleton has that city name crossed out and Everett, Washington written in its place.

The census for 1920 located Clark, Mary and son Howard living in Everett, Snohomish County, Washington with widower son George and his two sons. Also in the home was son Arthur.  This family grouping raises the possibility that the earlier move by Clark et. al. to Oregon was to reside with George who then may have moved the entire clan to Everett.

1921. A document from this year notes the Frink's Everett address as 2112 Oakes. Another piece of paperwork from the same time frame has Clark signing a document with "his X." If he could write before, by this time he could not. Witnesses to the "signing" were wife Mary and son George.

Old Civil War soldier Clark W. Frink died 12/23/23 at son George's Oakes Avenue home in Everett.  Cause of death for the 82 year old (check) was listed as cancer of the stomach affected by chronic syshutis. He was survived by wife, Mary, his four sons and one daughter. Burial was in Woodlawn Cemetery located in the nearby Snohomish County community of Snohomish.

Mary lived until 1933.  After Clark's death she was able to claim a portion of his monthly pension stipend as she last received a payment - amount not known - on 10/31/33. Like Clark, her passing was at Oakes
Avenue address in Everett. She was buried beside him in Snohomish.