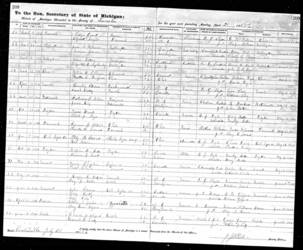 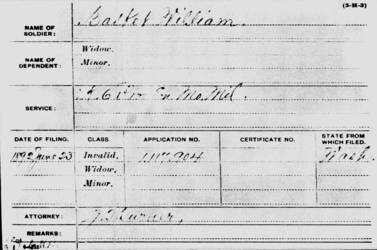 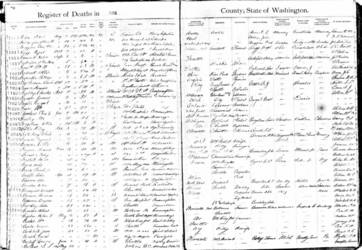 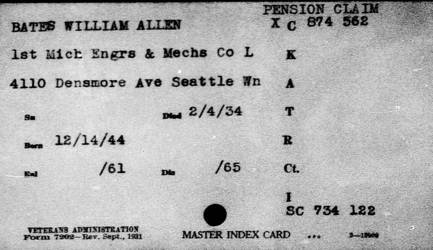 It is difficult to say in which 6th he may have served. However, although the 6th Provisional was recruited from the state "at large," individual companies were raised in specific counties. William served in Company "K. "Because Co. "K" of the 6th Provisional Militia was formed by men from Texas County - where the Baskets resided during the ACW - it is this 6th that is being adopted herein. Unfortunately there is no definitive "history” designating the regiment's assignments and duties.

William Charles Baskett was born in the state of Tennessee during the year 1820. No birth month or date has been found.

Brothers and sisters are unk.

The U.S. Census for 1850 tallied the Basketts in District 53 Shannon Co., MO. A decade later, in 1860, they were still in Missouri but then farming in or near the community Carroll located in Texas County. They would remain at this latter location for at least twenty and more likely thirty plus years, until moved to Washington State. More on this later.

In April, 1861 civil war erupted in the U.S. Missouri a free/slave border state experienced internal strife even before formal war was declared in the south. This chaos saw unofficial "militia" units spring up on both sides of the secession issue. Some were little more than armed mobs. Others were fairly organized and became units in both the Union and Confederate armies.

It was noted earlier that William and Mary remained in Missouri for decades, but by 6/28/92 they were residing in Washington State. What had drawn them to the Pacific Northwest and when they had arrived in the Puget Sound region is not known.

it was on 6/23/92  in Washington that William applied for a U.S. Government disability based on his days of Civil War soldiering. It appears the request was denied. This was likely because his period service had been solely under the auspices of the state of Missouri and not the Federal government.

Mary died on 3/15/96 in the Duwamish River area of King Co., WA. Today this part of south Seattle. According to her death record she died of old age. Her final resting place is Seattle GAR Cemetery, Seattle, King Co., WA.

With Mary gone William did not live long. He died in Seattle King Co., WA on 5/12/96 at the age of 76 years. He was buried in the "new" Grand Army Of The Republic (G.A.R.) Cemetery located near the north end of Seattle's Capitol Hill.

As a final note, William may not have qualified to receive a U.S. Government disability pension, but he did qualify for a military headstone to be placed on his grave site. Interestingly, the stone does not indicate his unit of service. Instead, it reads only U.S. SOLDIER. As of this writing, no other military headstone in Washington State has been found with this simple inscription.

* NOTE: Charles served with his father in Company "K" of the 6th Missouri (Provisional Militia) Infantry. Based on available documentation, it appears that when the militia regiment was disbanded, he joined the 6th Missouri Infantry and served with that organization until the War's end. He survived the conflict and, in later years, moved to the Pacific Northwest. He died on 9/11/23 in Spokane, Washington and was/is buried in that city's Greenwood Cemetery.