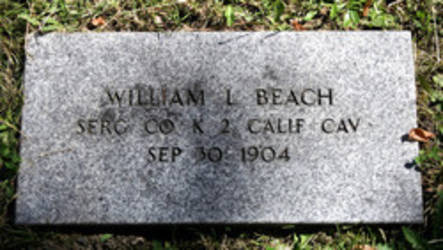 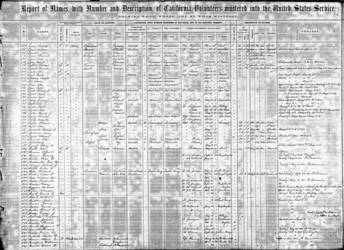 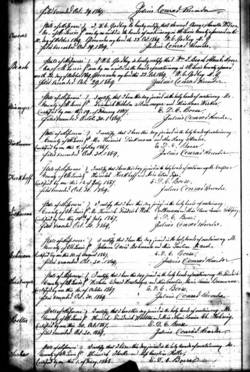 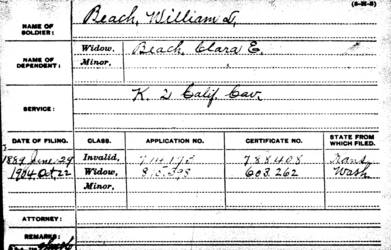 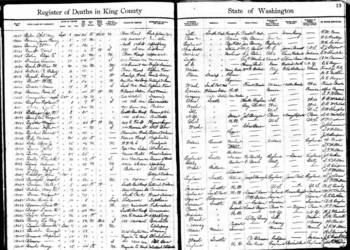 The 2nd, a three year truly "western" regiment, was principally recruited from the California cites of San Francisco, Sacramento and Santa Cruz. It was organized at Camp Alert in San Francisco.

After organization and a short period of drill and discipline at Camp Alert the regiment was stationed by companies at various points in California, Nevada, Utah and New Mexico. It's enemy was never Johnny Reb, but Native American Indians.

During January, 1863 four companies of the 2nd, including company "K," constituted part of a larger force that moved on an expedition against the Snake and Shoshone Indians on Bear River northern Utah and southern Idaho. These Indians had murdered and plundered man emigrants en-route to California and more recently had been killing miners passing to and from Salt Lake City to the new gold mines in Washington and Dakota territories.

Near the end of the month the hostiles were found strongly posted in a ravine north of the Bear River. After a severe engagement lasting several hours they were finally dislodged from their natural fortress and almost annihilated. Loss to the 2nd was 12 killed and 45 wounded, several of the latter, mortally. The command also suffered severely from exposure to the winter weather.

In addition to participating in pitched battles such as the one described above, the 2nd was involved in numerous skirmishes with the Native Americans. In doing so the regiment marched thousands of miles from New Mexico to Oregon. It also saw hard service in California, Utah, Nevada and Wyoming.

Upon the expiration of their terms of service the original members of the 2nd were mustered out in the autumn of 1864. The regiment, composed of reenlisted veterans and recruits continued in service. It was mustered out by companies from February through July, 1866.

William Leake Beach was born in August, 1832. No birth date has been located within available documents. His state of birth was South Carolina.

Parents William were Chauncy (no b.d. CT) and Huldah (nee North no b.d. NY) Beach. There is no information about other Beach children. Finally, although it is not U.S. census documented, the Beach family was likely a farm family.

Beyond his birth, the first information we receive on William stems from his December, 1861 enlistment in the U.S. Army. How and why he had made his way to San Francisco, CA where the enlistment occurred are not known. Further without access to his military service files all we can say about his service period is that he rose from the rank of private to that of sergeant and he survived his period of enlistment and returned to civilian life.

Where William settled after leaving the army is not known. By 10/22/69, however he had made his way from the west coast of the U.S. to St. Louis, MO. That was when and where William married.

As Evidenced by the birth states of their children, after marrying William and Clara initially settled in Missouri. Their first community was likely Ferguson located in St Louis County and remained there until 1876. Available data hints at William being a farmer during his Missouri years.

By 1880 William and family had quitted Missouri and were farming in Kansas. Gypsum Creek McPherson County is their community of note in census tallies for 1880 and 1885, but Roxbury Co. is also referenced in connection with son Paul's 1880 birth.

At some point in time after the birth of Elsie in August, 1888 and the U.S. Census for 1900 the Beach family removed from Kansas and settled in the Puget Sound region of Washington State. Again, what had drawn them to the Pacific Northwest is not documented, but it may have been the availability of lush farm land as in 1900 in Valley Precinct (? what name now? No idea) King County, WA William noted his occupation as being "farmer".

William L. Beach died on 9/30/04 of Brights Disease in Seattle King County, WA. Likely by that date he and Clara had moved into Seattle proper as an address of 603 24th Ave. N. Seattle appears on Clara's 1908 pension card. More on this, later.  Burial was/is in Seattle's Grand Army Of The Republic (G.A.R.) Cemetery located on north Capitol Hill.

Turning to the afore noted pension card, at some point in his life William had applied for and been granted a U.S. Government disability pension based on life impairing ailments or conditions which he traced back to his days of Civil War soldiering. Such a stipend was granted, but without accessing his pension file from the National Archives in Washington, D.C. we do not know the onset date or the amount of his monthly payment.

The widow Beach's whereabouts are not divulged in the U.S. Census for 1910. By 1920, however, she was residing in Seattle. In her home at that time was youngest son, William E.

As of 1930 Clara and William E. had departed Seattle and were residing south of there in or near the King County community of Auburn. Clara had no occupational income, but William was employed as a "tinsmith."

Clara died on 9/30/30. She was 81 years of age (check). Her passing occurred in Auburn King Co., WA. Her final resting place was Lake View Cemetery Seattle, King Co. WA. Lake View is next door to the Seattle GAR Cemetery.