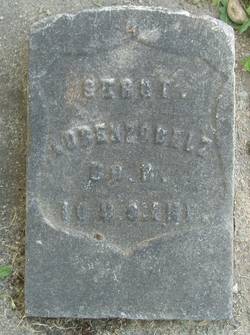 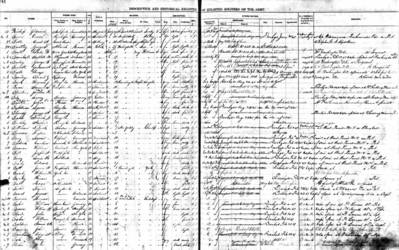 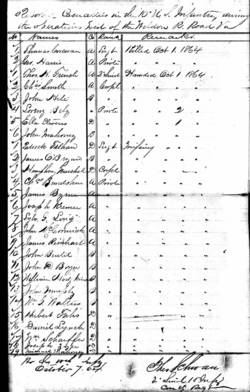 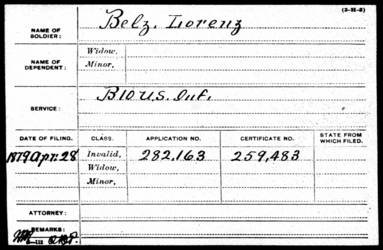 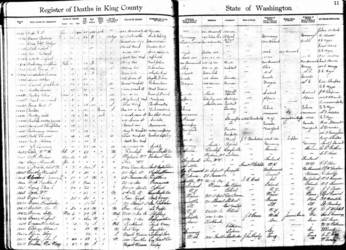 The 10th, a regular army infantry regiment was first commissioned on 3/3/55. It was officially organized in April, 1855 at Carlisle Barracks Carlisle, PA.

At some point the unit was transferred to Ft. Snelling in the Minnesota Territory for garrison duty. From there, in 1857 it was sent west to Utah during the Mormon/Utah War.

During the 1861/1865 American Civil War the 10th served as an eastern theater regiment assigned to the Army Of The Potomac. First ordered into the defenses of Washington, D.C., in March, 1862 the unit moved to the Virginia Peninsula. From that time until late in 1864 around Petersburg it participated in a "Who's Who" of ACW battles.

Near the end of 1864 the regiment was transferred to Ft. Hamilton in the harbor of New York, NY. It remained there until April, 1865 when it again joined the Army of The Potomac in Virginia.

The Army of Northern Virginia under command of Confed. Gen. R.E. Lee having surrendered, the 10th marched to Washington City for the Grand Review. In that city until October, it next moved to St. Louis, MO and then to St. Paul, MN.

The regiment's Civil War "history" concluded in July, 1869. At that time the 10th was consolidated with another infantry unit.

* The 10th is one of a limited number of regiments in either the regular or volunteer armys that, during the American Civil War, lost more enlisted men to the rigors of combat than disease, accidents, etc.

Without the availability of pension files, information on Lorenz Belz is, at best, sketchy. As far as can be determined he was born in the month of January, 1824 in the west central Germany community of Hesse. Hesse is located south of the city of Baden. Although his parents are not named in available documentation, apparently they were both of German heritage born in Baden. No information is available regarding possible siblings.

Lorenz arrived in New York, NY from Le Havre, France in 1854. He either debarked   in the U.S. on 5/22 from the vessel Robert Parker or on 12/22/54 from the Sarah Park. Available documentation is unclear regarding whether he arrived in U.S. with wife Sophia (no nee b. 1831 Baden, Germany) or if they met and married in this country.

After arriving in the U.S. the next we hear from Lorenz comes from 2/23/64 when, in Harrisburg, PA, he enlisted in the regular U.S. Army. From that event we get a glimpse of Lorenz the physical man. He had black hair, brown eyes and a dark complexion. Occupationally he was noted as being a "farmer."

Without accessing his military service records we know little about Lorenz' time in the army. Even his rank is uncertain. According to one source he entered the military as a sergeant and maintained that rank. Another, however, indicates he enlisted as a private then rose to the rank of sergeant.

On 10/2/64 during Union actions around Petersburg, VA which focused on the Weldon Railroad, Lorenz was wounded. Details of that wounding, however, are not available. Having survived The War he returned to civilian life.

Another known War fact is that Lorenz survived the conflict and returned to civilian life.

On 4/28/79 Lorenz applied for a U.S. Government disability pension based on his time of Civil War soldiering. Likely the request was based on lingering effects of his being wounded. Although the pension request was granted, until his pension records can be obtained details of the monthly stipend will remain unknown.

Where Lorenz settled into post war civilian life is not known. The family was noted in the 1880 census in De Witt, TX under the name of Laurence age 54/Baden Germany & Sophia Bele age 49/1831/Baden Germany and Lorenz was noted as a farmer.

That being said, by 1887 Lorenz was not in Texas, but farming in Seattle King County, WA. Why he was drawn here and when he arrived in the Puget Sound region of the Pacific Northwest is not known.

How long Lorenz remained in Seattle is also an unknown. However, as of 10/13/91 in Snohomish, Snohomish Co., WA he was issued the patent (deed) to a homestead tract. Details of this transaction are not currently available.

What happened to Lorenz and the homestead is not presently known. However, by 1894, he was back farming in Seattle.

Lorenz died 3/30/04 at his residence located at 132 20th Ave. N. in Seattle. Burial was/is in that city's Grand Army of the Republic (G.A.R.) Cemetery located near the north end of Capitol Hill.

No idea what happened to Sophia Belz nor do I have any information that the daughter Ottoson noted existed? All I know is she has them 1880 census TX and appears is him then WA no note of family. It is one I would like to get pension for……