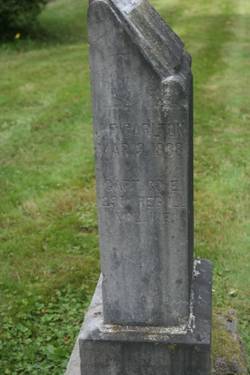 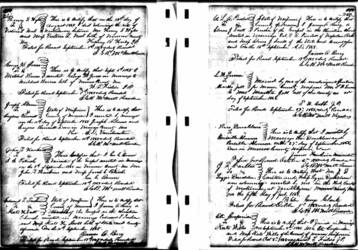 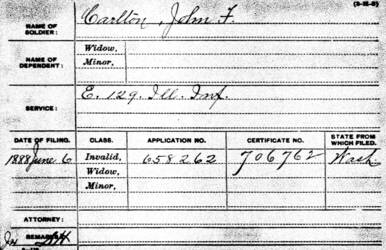 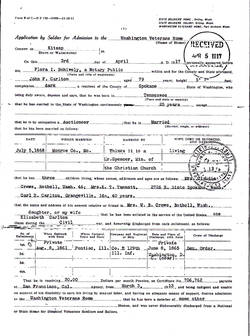 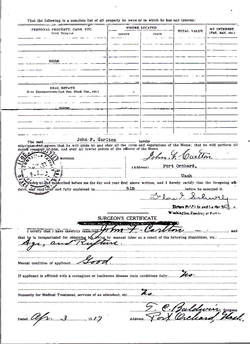 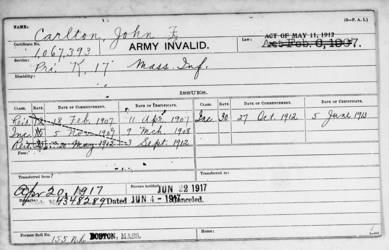 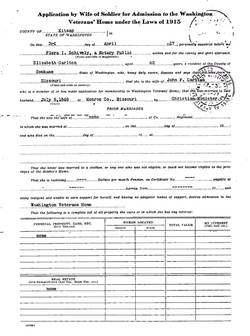 The 129th, a three year western theater infantry regiment, was organized at Pontiac, IL during August, 1862. Five companies were from Livingston County, four from Scott County and one from Rock Island County. It was mustered into Federal service on September 8, 1862.

From the middle of December, 1862 until the first of June, 1863 the 129th guarded the railroad which ran from Bowling Green, KY to Gallatin, TN. During this period it had frequent clashes with the enemy.

In 1864 the 129th joined the armies of Union Gen. W.T. Sherman as they marched toward Atlanta, GA. During that campaign it participated in the principal battles around Atlanta then marched "to the sea."

The War having ended the 129th moved to Washington, D.C. where - on 5/24/65 - it participated in the Grand Review. Mustered out of the service in Washington, it travelled to Chicago, IL for final payment and discharge.

NOTE: The birth - to - death biographical profile which follows was begun in May, 2020 and completed in July, 2020 during the Covid 19 medical pandemic. As a result it does not contain the depth of detail found in many of the biographies found within this website. Not available were military, pension and other veteran - related files housed in the National Archives located in Washington, D.C. At a later time these files will be accessed and the data contained therein added to this veteran's narrative.

John's father was also named John Fletcher Carlson. The U.S. Census for 1860 indicates J. Fletcher was born in North Carolina during 1808. On the other hand son John F.'s death certificate indicates his father to have been born in Scotland.

Based on the U.S. Census of 1860, John F.'s mother's name was Elizabeth. No maiden surname has been found within available documents. She was reportedly born in Tennessee during 1813.

On 8/8/62 farm laborer John F. joined the U.S. Army. Here we get our first look at Private Carlton the physical man. He was 5' 7.5" tall, had black hair, gray eyes and a fair complexion.

Without Private Carlton’s military records there is little we can say about his service tenure. He did, however, survived the War and returned to civilian life. This is somewhat of a guess, but it appears he likely returned to civilian hood in Fairbury Livingston Co., IL.

On 7/5/68 in Monroe Co., MO John F.  married. His bride was Mary Elizabeth "Lizzie" (b. 4/15/52 MO) Donaldson. When, where and how the two had met is not documented. After being wed the two set up their household in Missouri.

As noted by the birth states of the Carlton children, John and Elizabeth did some moving during their child bearing/rearing years. In 1870 they were in Shelbina Shelby Co., MO. At that time and place John F. listed his occupation as "carpenter."

A decade later, in 1880, the Carltons were residing in Quincy Adams Co., IL. There, John F.'s occupation pursuit was "saloon keeper."

Most of the U.S. Census tally for 1890 was destroyed by fire, so we do not have a residential location for the Carltons from that year. At the turn of the new century, however, they were living in Kendrick Latah Co., ID. What had drawn them to that community and when they had arrived is not known, but one of their sons resided southeast of there in the Idaho County community of Grangeville. . At that time Elizabeth noted that she had birthed five children, three of whom were still living.

While in Kendrick John F. would note his occupation as being "horseshoer." He and his family would remain there at least until 1910.

By 4/3/17 John F. and Elizabeth appear to have been residing in Spokane Spokane Co., WA. Likely they were drawn there because one of their married daughters lived in the region.

While in Spokane the couple began the application process to obtain residence in the State Veterans' Home located in Retsil Kitsap County, WA. From the application form we learn that since 3/3/13 John F. had been the  recipient of a $30 per month U.S. Government disability pension stipend based upon his years of Civil War soldiering. Without having access to John's pension file, as best as can be determined, in June, 1918 the pension stipend was increased to $40 per month and - on 5/1/20 - $50 per month.

At some point John and Elizabeth became residents or, as documents noted, "Inmates" of the Retsil home.  Neither, however, would die there.

Elizabeth died on 11/6/20 in Bothell King County, Washington. Again, without access to John F.'s pension files, we do not know why she as there. Perhaps, though, she was visiting the home of married daughter Claudia and family who, at least as of 1917, resided in that community.  Burial was/is in the Bothell I.O.O.F. (Pioneer) Cemetery.

Following Elizabeth's passing John F. continued residence in the Retsil Soldiers' Home. It is well documented that - in his case - he was on furlough from the Home - visiting his daughter in Bothell when, on 10/10/23 he died. He was aged 85 years, 6 months and 7 days. Burial was/is in Bothell beside Elizabeth.

* According to researcher Denise Otteson, during the 1890 Veterans Schedule tally John claimed to have been promoted to the rank of unit captain on 9/30/63, a rank that he maintained throughout the remainder of his service period. Although in later life John would, at times, be referred to as "Captain" Carlton, there is no documental proof - ANYWHERE - of such a promotion ever having been made.