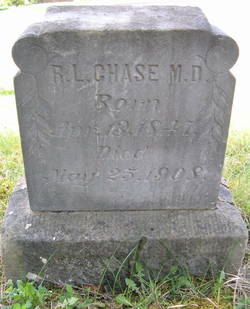 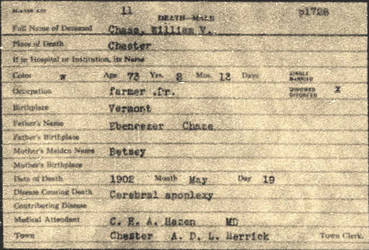 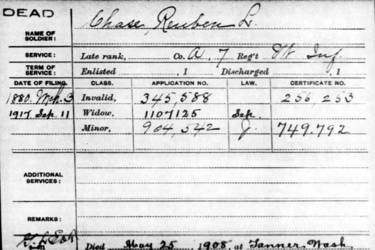 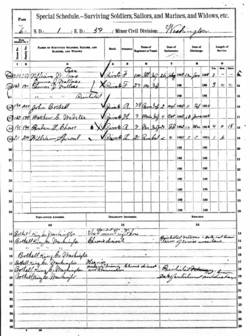 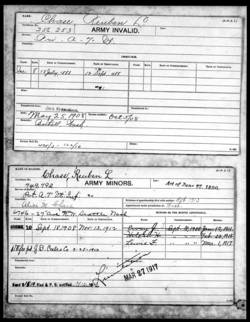 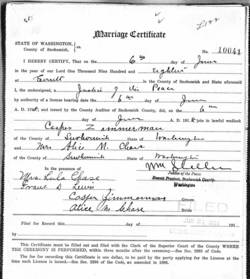 The 7th, a three year western theater regiment, was organized in Rutland, VT during late 1861 and early 1862. Mustered into Federal service on 2/12/62, it was the unanimous wish of regimental officers and men that the unit serve in the east with the Army Of The Potomac. Instead, the regiment was ordered into the Deep South.

On 3/10/62 the 7th departed Vermont for New York City, NY. There it boarded "old fashioned" sailing ships and headed out to sea. Once at sea sealed orders were opened which sent the 7th to Ship Island, MS. Ill-equipped as troop ships, it took the sailing vessels upwards of three weeks to make the arduous journey southward.

With the capture  of New Orleans, LA (5/1/62) a portion of the regiment was stationed at that place while the balance of the unit moved on to Baton Rouge. From there, eight companies of the 7th, with others, boarded ships for an ill-starred expedition against Vicksburg, MS. The expedition was a failure.

After 28 days and the unnecessary loss of many valuable lives the command returned to Louisiana. By this time disease and death had so decimated the ranks of the 7th that it had less than 100 men fit for duty.

On 8/5/62 the unit played a conspicuous role in the battle for Baton Rouge. Duty in and around New Orleans preceded the regiment's November orders to move to Pensacola, FL. There, the regiment's year sadly closed looking back on over 300 deaths and upwards of 100 discharged for disability.

The 7th remained in Florida until 8/10/64.  On that date the re-enlistment of all but 58 of its original members ensured 30 day furloughs home and veteran volunteer status.

Upon expiration of its veteran furloughs the regiment was ordered back to New Orleans, LA. It would be stationed there until February, 1865.

In February, 1865 the 7th was moved to Mobile, AL to take part in the siege of that city's Spanish Fort. The siege lasted 13 days. The regiment also participated in other skirmishes and campaigns in and around Mobile.

With the surrender of Mobile, the 7th was ordered to Brownsville, TX via Clarksville, TN. At Brownsville it composed a part of the "Army Of Observation." The regiment remained there until mustered into history on 3/14/66.

In conclusion, during its tenure the 7th had served longer and lost more men from disease than any other Vermont unit. Further, more of its men had re-enlisted as veteran volunteers than any other single Vermont organization.

NOTE:  The birth - to - death biographical profile which follows was created in July, 2020 during the Covid 19 medical pandemic. As a result it does not contain the depth and detail of other biographies found within this website because it does not draw upon military, pension and other veteran-related files housed within the National Archives in Washington, D.C. It is planned that, with the re-opening of that facility, those documents will be obtained and their contents added to the veteran's story.

According to his death certificate, Reuben Lippinwell/Leppenwell Chase was born on April 14, 1846. His place of birth was Chester Windsor Co., Vermont.

Reuben was the eldest of two Chase children. Younger than he was Sister Alice M. (b. 1850 Chester Windsor Co., VT).

In 1850 the Chase family was residing in Chester Windsor Co., VT. In the home besides William, Mary and their two children was Mary's mother, Martha Haggett (b. 1785 NH).

After 1850 the first documental information pertaining to Reuben stems from his 2/24/62 enlistment in the U.S. Army's 7th Vermont Volunteer Infantry. Still, without the availability of his military service and medical records we know little about his period of service beyond the fact that on 3/10/62 he was promoted from the rank of private to that of corporal. Also, he survived the war.

During the U.S. Census of 1870 the Chase family was residing in Middletown Rutland Co., VT. At that time Reuben listed his occupation as "farm laborer."

1880. Another decade. Another U.S. Census. Reuben was still residing in Rutland Co., VT but his household had changed markedly. One change was that he then listed his occupation as "physician."

At some point in time after 1870 Reuben began medical school at Eclectic Medical College/Eclectic Medical Institute in Cincinnati, OH. Graduating in 1875 as an eclectic (general practice) physician Dr. Chase had returned to Vermont and set up a practice in the Rutland Co. community of Mt. Holly.

The second change in the Chase household was its members. Gone was Lydia. She lived until 1906, so had not died. Obviously, by 1880 she and Reuben had separated and/or divorced. 1870 boarder Mary was still in the home caring for the two Chase boys.

In 1880 Dr. Chase began seeking recompense for his own medical problems which he traced back to his days of Civil War soldiering. At some point a monthly stipend was granted. More on this, later.

By 1885 Dr. Chase had moved his medical practice to Bothell King County, Washington. What had drawn him to the Puget Sound region of the Pacific Northwest and when he had arrived are not known. Likely, though, sons Erwin (18) and Clarence (17) accompanied him because, as adults, both resided in the region.

The U.S Government Veteran Pension Schedule of 1890 showed former Civil War Private Reuben L. Chase residing in Bothell and Township 26 within King County, Washington. He was pensioned for malaria, rheumatism and chronic diarrhea. Without his pension records, however, the amount of his monthly stipend is not known.

A Bothell King County Census conducted in 1892 found Dr. Chase continuing to reside in that community. In his home at the time was son Clarence Eugene "C.E." and his wife Alice.

On April 20 of that same year, in Victoria, British Columbia, Canada Dr. Reuben Chase remarried. The second Mrs. Chase was Alice May Ervay (b. 12/69 NY).

As noted by the birthplaces of Reuben and Alice's children, at some point between 1895 and 1899 Dr. Chase had moved his medical practice westward from King to Snohomish County, WA. As of this writing the exact date cannot be pin pointed, but of 1900 all five of the Chases were living in Edmonds.

Reuben's first wife, Lydia, died on 9/18/06. At her passing she was residing in Bothell King County, Washington. She was/is buried in Bothell’s I.O.O.F. (Pioneer) Cemetery.

Dr. Reuben L. Chase died on 5/25/08 in Tanner, WA - unincorporated community in east King Co. The cause was listed as "chronic nephritis" or kidney disease. At passing the good doctor and former Civil War soldier was 62 years, 1 month and 12 days of age. Notifying authorities of the death was son C. E. Chase of Edmonds.

Dr. Chase, at death was receiving a monthly  pension stipend. He left behind not only a widow, but three minor children aged 13, 9 and 8. In order to help support she and her children Alice began the paperwork process to obtain at least of portion of her late husband's pension. The request was granted.

Although Alice May and her childrens' whereabouts during the 1910 U.S. census are not known, on 6/6/18 in Everett Snohomish Co., WA she remarried. Her second husband was Mr. Casper Zimmerman.

Alice died in Edmonds Snohomish County, WA on 4/22/41. She was/is buried beside Reuben in Bothell.