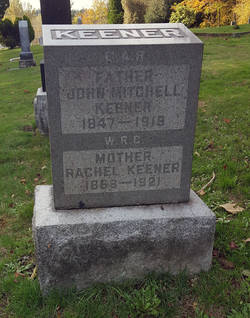 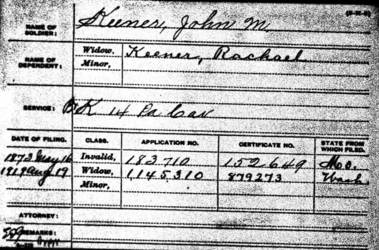 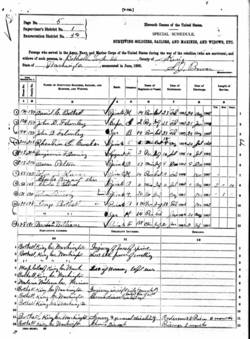 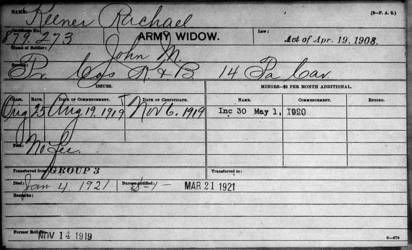 In August, 1862 authority was granted for recruit a three year, eastern theater cavalry regiment. That unit would become the 14th Pennsylvania Cavalry.

Recruits were rapidly obtained from the city of Philadelphia as well as the counties of Allegheny, Fayette, Armstrong, Washington, Lawrence, Erie and Warren. That being done, in November the regiment moved to Hagerstown, MD where it was mounted, equipped and drilled.

July, 1863. During the Gettysburg campaign the 14th skirmished with Rebel forces at Beverly and Huttonville, VA. It then moved to Williamsport, MD. There it joined the Army Of The Potomac in attempting to prevent Confed. Gen. R.E. Lee's retreating forces from escaping southward across the Potomac River into Virginia.

On 8/4/63 the regiment participated in the Rocky Gap raid into West Virginia. At White Sulphur Springs it was hotly engaged with the enemy losing 80 men killed, wounded and missing. On this raid it marched over 600 miles in twenty seven days.

The year was capped off with an expedition into southwestern Virginia. During this sortie an immense amount of enemy supplies and merchandise as well as many miles of railroad track and bridges were destroyed. Loss to the 14th was about fifty men. During winter quarters 1863/'64 at Martinsburg, VA .the regiment was almost constantly engaged in picket, guard and scouting duties.

The 14th broke winter quarters on 4/12/64. It then proceeded deep into Virginia to destroy the Saltville salt works. During this, May, movements it lost 12 killed and 37 wounded.

Next came the Lynchburg campaign. In Lexington the Virginia Military Institute was destroyed. Afterwards, during the June 17-18 battle of Lynchburg itself, Federal troops were forced to retire. Acting as part of the Union rear guard during the retreat the 14th held off enemy forces for several hours while losing 6 killed and 18 wounded.

In the latter part of Jul, '63 the regiment was hotly engaged at Winchester, VA with Rebel forces under Confed. Gen. Jubal A. Early. Later, it returned to Virginia's Shenandoah Valley to participate in Union Gen. Phillip Sheridan's brilliant campaign. It lost heavily at Opequon Creek/Third Winchester (9/19/64) and was very active at Fisher's Hill (9/21 - 22/64).

A detachment of the regiment was engaged at Cedar Creek (10/19/64). Soon after the 14th made a reconnaissance into the Luray Valley where it lost 15 killed and wounded at Front Royal. During the winter of 1864/'65 the 14th suffered severely in expeditions to Millwood, VA and Ashby's Gap, VA.

After the Appomattox, VA surrender of Confed. Gen. R.E. Lee's Army of Northern Virginia (4/9/65), the 14th was stationed for two months at Washington City. It then moved to Ft. Leavenworth, KS where, on 7/17/65, it was consolidated into a battalion of six companies. Final muster came in August of 1865.

NOTE: The birth-to-death biographical profile which follows was created in July, 2020.It does not display the depth and detail of other profiles within this website because, due to the Covid 19 virus pandemic, veteran-related military, pension and other files housed in the National Archives located in Washington, D.C. were not accessible. At a later time these files will be obtained and the information within them added to the narrative.

John M. Keener was born in 1847. His place of birth was the state of Pennsylvania. No specific birth month or date has been found in available documentation.

Beyond his birth the first we learn about John is that on 2/23/64 he enlisted in the U.S. Army's 14th Pennsylvania Cavalry. This was the same regiment in which his younger brother earlier served.

There is one written notation that during his period military service our Private Keener may have received a rifled musket wound to his right side. Until his military service records are obtained, however, all that be said with certainty is that John survived whatever wartime ordeals he may have faced and returned to civilian life.

As is the case with many returning ACW veterans, where John settled once he rejoined the civilian population is not known. Likely, however, he resettled in Pennsylvania. There he obviously knew David Bothell, an ACW veteran after whom Bothell, WA is named. In fact, both he and David had served in the 14th Pennsylvania Cavalry and companies “K” and “B” during The War. **

Thus, it is not all that surprising that in 1870 John was residing with and working as a laborer on the David Bothell family farm in Gilead Calhoun Co., IL. Beyond this, in 1875 John married David Bothell's daughter, Rachel E. (b. 9/58 PA Bothell).

As noted by the birth states of the three Keener children, during John and Rachel's child bearing/rearing years they bounced back and forth between farms. First, they were in Iowa. Secondly, they were in Missouri and, finally, back to Iowa, again.

By 6/1/87 the Keeners - as well as the David Bothells along with two of David’s brother’s families - had quitted the mid-west in favor settling in the forested wilds of the Puget Sound region within the Pacific Northwest's Washington Territory. Likely it was the timber industry and the availability of virgin farm lands that drew the clans westward. In '87 the Keener address was Woodinville, King Co., WT.

On 5/20/89 the Keeners were residing in Houghton King Co., WA. Houghton, was, at that time, a community with its own identity. Just south of present day Kirkland, it is, today, a part of that Lake Washington city.

One year later, in June, 1890 the Keener's were still across Lake Washington from Seattle. By that date, however, they had removed northward from Houghton to Bothell, Township 26, King Co., WA. Bothell was/is named in honor of David Bothell. What had prompted these multiple moves is not documented, but maybe; just maybe, it was the availability virgin, rich farm land. In Bothell, during 1892 John noted his occupation as "farmer."

1900. A new Century. A. new decade. A new census. By the dawn of the 20th century the Keeners were still in King County, and Bothell, but – for some reason – census takes that year identified the community as Sammamish.  Within the Keener household both John M. and son John B. were employed as teamsters.

The U.S. Census for 1910, found the Keeners remaining in Bothell. At this point in his life John noted his occupation as "hotel keeper." 1910 would be John's final census.

Around 1914 John began to display signs of dementia He died on 3/2/19 in Sedro Wooley Skagit Co., WA. Sadly, his end came in Washington's Northern State Hospital where he had been incarcerated for ten months because of the dementia and exhaustion. Burial was/is in the Bothell I.O.O.F. (Pioneer) Cemetery.

Following her husband's passing Rachel Keener remained in Bothell. Her U.S. Census entry for 1920 noted she was occupied as a "boarding home employer." She passed away on 1/1/21 and was/is buried beside John in Bothell.

During the American Civil War Robert served in Company "E" of the 14th Pennsylvania Cavalry. He died on 11/25/63 of chronic diarrhea in U.S. General Hospital #2 Annapolis, MD.