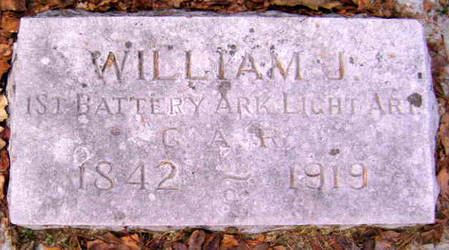 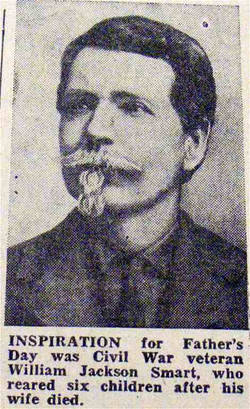 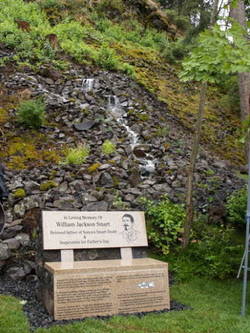 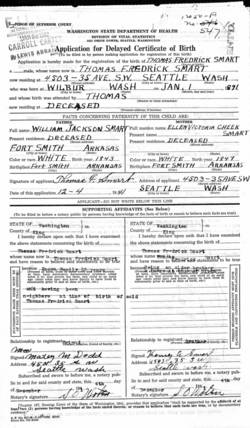 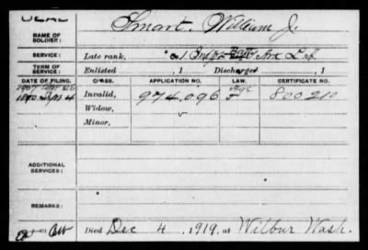 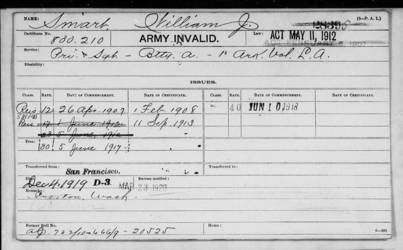 The 1st, a three year western theater organization was assembled in early 1863, but not mustered into Federal service until the end of August. It then moved to Springfield, MO. That September a section of the battery went on an expedition which pursued Confederate forces throughout southwestern Missouri and northwestern Arkansas.

The battery remained at Fayetteville, AR until 3/19/1864 when it was ordered to Ft. Smith AR. From there it moved to Little Rock then returned to Ft. Smith where it remained performing expositional duties until final muster.

NOTE: The birth - to - death biographical profile which follows was created "by request." As a result, it does not feature the depth of detail found in other recent additions to this website because it does not draw upon veteran-related military, pension and other documents housed in the National Archives located in Washington, D.C.

William Jackson Smart was born June, 1842 in Crawford County, Arkansas.  Not known is his birth date.

Parents of William were Laban and Mary "Polly" D.  (nee Bowen) Smart. Laban was born 3/28/08 in Tennessee. Polly was born 11/28/17 in Missouri. In 1850 Laban’s family address was Marion Crawford Co., Arkansas. He died there the following year.

Without documentation, three things are known about William's period of military service. Firstly, on 3/21/63 in Fayetteville, AR he enlisted in and was mustered into the 1st Arkansas (Union) Light Artillery. Secondly, during his service time he rose to the rank of sergeant. Thirdly, he survived The War.

Army life behind him, William returned to Arkansas where, sometime in 1865, he married. His bride was Elizabeth (nee Harris b. 1848).

Elizabeth's died in 1878. Very likely her passing was in conjunction with daughter Anna’s birth.

Victoria brought three Billingsley children into the marriage: John Edmonton (b. 1871), James Jesse (b. 1873) and Lieuary Louise (b. 1875). She also bore another six with William.

In 1887 William, Victoria and family moved westward to Washington. Whether or not they may have initially resided elsewhere in the Pacific Northwest is not known, but at some point they took up farming in eastern portion of the territory near the small, rural, Lincoln County community of Wilbur.

On 3/2/98, in Lincoln County, Victoria died.  The cause of her death is not known. She was/is buried in the Greenwood Memorial Terrace Cemetery located in neighboring Spokane, Spokane Co., WA.


On 4/26/07 William began the paperwork process to obtain a U.S. Government disability pension based on his days of Civil War soldiering. The request being granted, on 2/1/08 the old soldier began receiving $12 per month. By the time of William’s death the stipend had increased to $40 per month.

William Jackson Smart died on 12/4/19 after an illness of twelve weeks. According to a database source, death visited him in Wilbur, WA. His obituary, however, stated that he passed away in adjacent Spokane County at the S. 603 Arthur Spokane home of Mrs. John B. Dodd. Mrs. Dodd was of one of his married daughters. The obituary went on to note that William   was survived by six sons and three daughters, all of whom were present at the time of his passing.

A private funeral and burial were held under the auspices of the local Grand Army Of The Republic (G.A.R.) post of which William was a member. He was/is buried beside Victoria in Greenwood Memorial Terrace Cemetery.