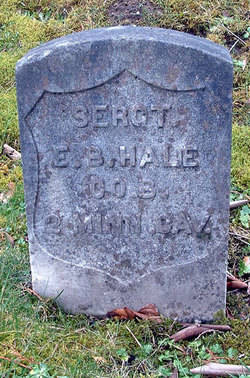 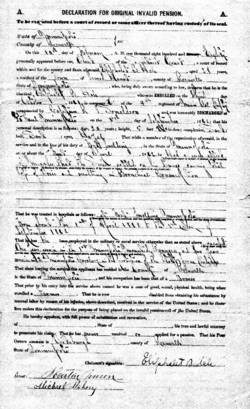 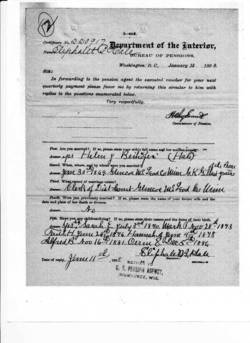 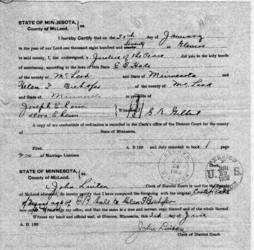 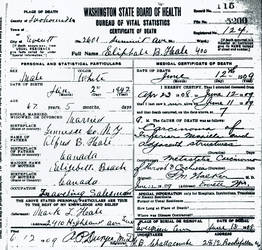 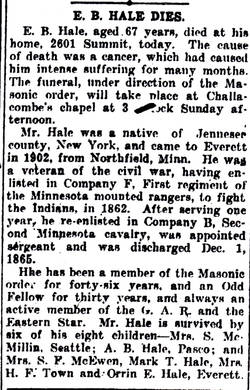 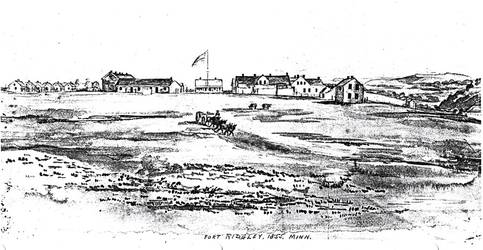 
On the heels of a bloody August/September, 1861 Lakota Sioux Indian uprising in Minnesota , the  initial five companies of this "western theater" three year regiment were garrisoned at  forts Ridgley, Ripley and Abercrombie within Minnesota to protect the local populace. In March, 1862 these companies were recalled to Ft. Snelling, MN and the 4th began their odyssey against The Rebels who had torn the Union asunder.

In April, 1862 the 4th departed Michigan for Benton Barracks, St. Louis, MO. From there it moved into Mississippi, first in trenches before Corinth and, after that city's fall, to battle of Luka, MS. During the battle of that city 9/19/1862 it dislodged a large force of the enemy in the face of terrible fire.

Early 1863 found the regiment involved in Union Gen. U.S. Grant's movement upon Vicksburg, MS. Amongst other locations; it was present at the battles of Port Gibson, Forty Hills, Raymond and Jackson. During the advance at Champion's Hill the 4th claimed 118 prisoners. The investment and surrender of Vicksburg (7/4/63) followed. Scouting and other "expeditions" concluded the year.

Stationed at Huntsville AL, in January, 1864, 75 % of the regiment re-enlisted. The unit remained at Huntsville until March it joined Union Gen. W.T. Sherman's advance toward Atlanta, GA. During this movement the 4th lost 44 men at the battle of Allatoona, but captured two regimental flags from the enemy. The famous "march to the sea" followed, culminating in the capture of Savannah.

1865 saw the 4th trek with Sherman's forces northward through the Carolinas.  They reached Columbia, NC in February and after being held in reserve at Bentonville, marched through Richmond, VA on the way to the 5/23-24/65 Grand Review of Federal forces in Washington City. There the regiment was at the head of Sherman's army. Final muster followed shortly thereafter.


The 1st a twelve company one year regiment, was formed in response to the bloody Sioux Indian uprising that spread havoc through portions of Minnesota in August and September, 1861.  Many members of this one year organization, also known as the "Minnesota Mounted Rangers", had lost wives, children or relatives during the prior year's reign of terror.  In late 1862, as soon as they were mustered into Federal service, a battalion consisting of three of the unit’s initial companies was sent into the field to perform guard and patrol duty.

In the spring of 1863 nine companies of the 1st assembled at Camp Pope Minnesota and embarked on the campaign of the Missouri (River). Three additional companies remained behind on guard duty.

During the Missouri campaign the regiment first fought the battle of Big Mound, 7/24-25/63 during which it clawed its way up a steep hill, put the Indians to flight and followed them for 15 miles. Next came the battle of Dead Buffalo Lake 7/26/63 which, in turn, was followed by action at Stony Lake 7/28/63 where the Indians attacked in great force all was fought in Dakota Territory. The 1st reached the Missouri in late July and then returned to Ft. Abercrombie in Bismark, Dakota Territory on the Red River. From there elements of the unit were sent to Ft. Ridgley, St. Paul, MN and Ft. Ripley, Morrison County, MN on the MS River.  The 1st was mustered out of service during the fall and winter of 1863/'64 without having ever fired a shot at Johnny Reb.


The 2nd, like the 1st Minnesota cavalry, was founded in response to the Sioux Indian uprising which terrorized the state during the late summer and fall of 1861. It came into existence following the disbanding of the "Mounted Rangers."

After its 1/64 Federal muster the 2nd, a one year unit, was assigned to garrison duty within Minnesota. During the following months these chores were punctuated only by occasional expeditions in pursuit of bands of wandering Indians. However, in the late spring the regiment left Ft. Snelling for a joint infantry/cavalry campaign against "the savages."

Forces involved in this movement rendezvoused at Ft. Sully on the Missouri River (Dakota Terr.) on 7/1. From there the troops drove the Indians from their camp on Cannon Ball River (Sioux Co., Dakota Terr.) and followed them to the Little Heart River(Mandan, ND)  The regiment next performed effective service at the battle of Tahkahokuty Mountain (Dunn Co., Dakota Terr.)  where 5000 of the enemy were strongly posted in the hills and ravines. It was involved in the early August two day engagement known as the Battle of the Little Missouri (crosses Dakota Terr.) and reached the Yellowstone River on 8/13. The expedition than turned back toward the east and Ft. Ridgley (MN), a march that found them involved with the hostiles on several occasions. One such incident involved a detachment accompanying an expedition to relieve a captain and 50 cavalrymen escorting and emigrant wagon train west.

Campaigning behind them, the 2nd settled into garrison and patrol duty at Fts. Abercrombie ND, Wadsworth on Staten Island NY harbor, Ripley and Ridgley in MN.  From these locations they were mustered out as fast as regular troops could take their place. Like their predecessor, the 1st, the 2nd Minnesota cavalry never discharged their weapons against Confederate troops.

No details are available pertaining to Eli’s formative, childhood or early teenaged years, but having been born into a farm family he was undoubtedly taught a farm boy's responsibilities. Additionally, however, he must have had some education because, as we shall see, in the late 1860s he taught school.
With the coming of The Rebellion in 1861 the 5'9 1/4 (or 10”), dark eyed and darkly complexioned farmer apparently jumped at the chance to leave the farm in favor of the U.S. Army. Unfortunately his first enlistment turned into a medical disaster. It appears exposure to the elements (likely while on detached service in December, 1861) resulted in his contracting measles which settled into his lungs leaving him incapacitated with a severe case of bronchial consumption. As a result Pivate Hale was granted a medical discharge less than one year into his three year enlistment. He may never have left the State of Minnesota!
Returning to Renville County, young Hale appears to have had a miraculous recovery from his ills because less than three months later he re-enlisted in the cavalry to fight Indians who were then reeking havoc upon the residents of Minnesota.  Private Hale successfully completed this one year enlistment, but did suffer from a bout with the mumps.
Released from the army on 12/2/63, one day later Eliphalet enlisted for a third time, once again in the cavalry, but this time as a sergeant. Despite some minor medical problems he successfully completed this third enlistment and returned once more to the life of a Minnesota farmer. Worthy of note is the fact that although he served in three Civil War regiments, he never had contact with Confederate forces.
By 1868 Eliphalet had left the farm, was living as a boarder in an unidentified residence and teaching school. This bachelor existence lasted only until 1/30/69 when he married Helen J. Biehofer (b. 1847 WI) in Glenco, McCloud Co., MN. Helen was of German parentage. (Note: One source says the marriage was in January, 1870.) The union would produce eight children, only seven of whom are identified: Sarah E. (b. 7/3/70 MN), Ruth C. (b. 1872 MN), Mark T. (b.11/28/73 or 74 MN), Faith H. (b. 6/24/76 MN), Hannah (b. 6/4/1878 MN), Alfred B. (b. 11/16/81 MN) and Orrin E. (b. 12/5/86 MN). (One notation has Orrin born in 1896, but this appears highly unlikely.)
Eliphalet's occupation varied over the years. As a youth he had been a farmer. As a young adult he was a teacher. By 1870 when he and family were living in Rich Valley, McCloud Co., MN he was a stone mason. In 1880 in Redwood co., MN he was once again a farmer. In 1900, still in Redwood Co., he was an insurance agent.
Available documents point to Eliphalet and Helen moving from Northfield, MN to Everett, WA in 1902. Why the move west was made is not documented, but likely it was to be near families of their adult children. Three lived in Everett, another in eastern Washington.
Eliphalet Hale died at home on 6/12/09. He was 67.6 years of age. Cause of death was noted as cancer. At death he was receiving a $12 per month government stipend based on his Civil War soldiering. He was buried in Everett’s Evergreen Cemetery.
Helen Hale continued to reside in Everett until her death on 7/18/26. At death she was receiving $30 per month of her late husband's pension. She is buried beside Eliphalet.