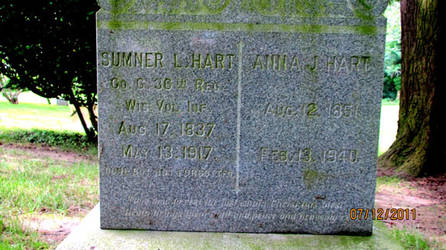 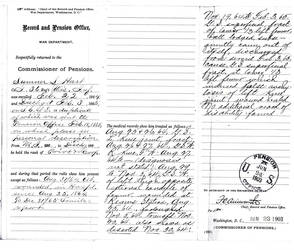 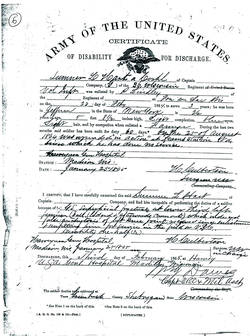 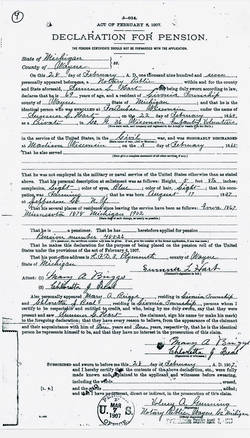 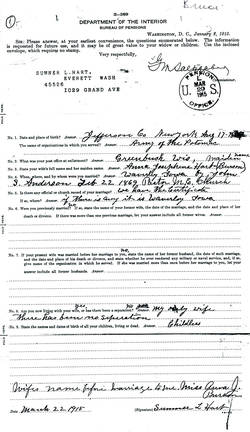 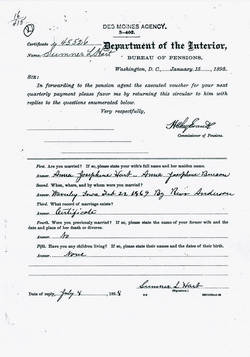 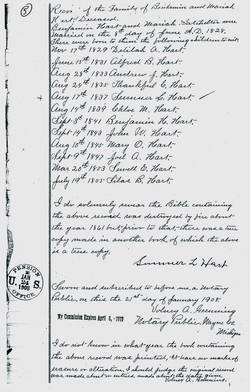 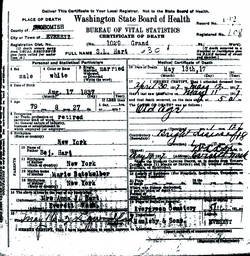 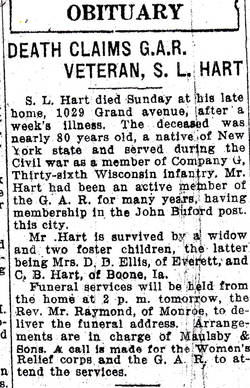 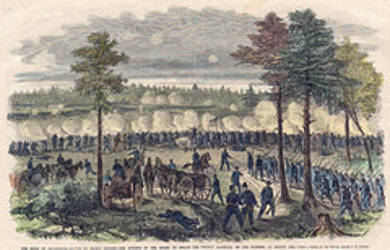 The 36th, a three-year " eastern theatre" regiment, was to spend its entire service tenure with  Union Gen. U.S. Grant and the Army of the Potomac as it moved southward through Virginia during the bloody Overland Campaign of 1864/’65. Interestingly, at a point in the War when most new regiments being formed were slated for rear echelon, non combat duties, the 36th was to be a front line fighting force.

Leaving the state 36th joined the army at Spotsylvania, VA. Shortly thereafter it found itself in support of an artillery battery and charging the enemy during the battle of the North Anna River. The battle of Totopotomoy Creek followed. At the Totopotomoy cos. B, E, F and G moved forward as skirmishers across an open field in the face of savage artillery and musketry fire. Although achieving their goal of driving the Rebels from their defensive works, the attackers lost 140 killed, wounded and taken prisoner out of 240 engaged.  At Cold Harbor the 36th lost another 73 men.

During the ensuing siege of Petersburg the unit was active in many skirmishes and short expeditions including Malvern Hill, New Market Road and Reams' station where on 8/25/64 of the 186 officers and men engaged there was a loss of 138 killed, wounded and captured. At Hatcher's run, when separated from its division by a heavy enemy force, the regiment faced to the rear, made a bayonet charged and  doubled (back) the enemy's line capturing a stand of colors and three times more prisoners than it had men engaged. The regiment repulsed another Rebel charge at the same point in February, 1865.

April, 1865, found the 36th still stationed at Hatcher's run. On this occasion it captured more of the Confederate works causing the entire Rebel line to collapse. It then pursued Confed. Gen. R.E. Lee's fleeing Army of Northern Virginia and was present at that force's surrender at Appomattox Court House. Participation in the May, 1865 Grand Review of Federal forces in Washington, D.C. preceded final muster.

When and why Sumner left New York and headed west is not known. He was in New York with his family in 1850. The Hart family can be found in Greenbush, Sheboygan Co. WI in the 1860 U.S. Census under the spelling of Hort and when the 5'8 ½ " farmer entered the U.S. Army in 1864 he was still residing in Greenbush,

In August, '64 private, or perhaps by that time corporal, Hart found himself in the trenches surrounding Petersburg, VA. There, on 8/25 during the battle of Reams Station he was wounded in the lower part of his left leg femur bone. Removed to a hospital at City Point, VA his condition was initially deemed serious enough to have him transferred to a hospital in Washington, D.C. and, finally to Harvey US Army hospital in Madison, WI where he received a medical disability discharge as having been 50% disabled in the left knee and therefore unfit for duty. However, the wounding may not have been as serious as initially thought as there is this notation in his military files: "Superficial fracture of lower 1/3 left femur, which induced false ankylosis, ball lodged, subsequently came out of (by) itself..knee wound healed." Before discharge however, on 11/30/64, company records showed him, likely erroneously, as having deserted.

The census for 1870 placed the Harts on a farm near Jefferson, Butler Co., IA.  A decade later they were on another farm in Prairie View, Wilkin Co., Minnesota. As the majority of the census for 1890 was destroyed by fire, the Hart's place of residence at that time is not known for sure, but likely it was Prairie View as they were still there in 1900.

In 1907 former Civil War soldier Sumner Hart requested a U.S. Government disability pension based on injuries/ailments traced to his service in the army. At the time of this request the Harts were residing in Wayne County, Michigan. The 1910 census confirmed their residence there in the community of Livonia. That the pension request was granted is evidenced by the fact at the time of his death, he was receiving a monthly stipend of $22.50.

The Harts were still in Livonia, MI in 1910, but by 1914 advancing age had evidently moved them away from a life of farming. By that year they had migrated west to Everett, Snohomish County, WA where they took up residence at 1029 Grand Avenue. One likely reason for moving to Everett was because their married daughter was living in that city. It was there, in 1914, that Anna's mother who had lived with them at least since 1880, died.

On May 13, 1917, after "a week's illness" Sumner Hart died at his Everett home. At death he was aged 79 years and 10 months. Cause was noted as "old age" and Bright's (kidney) disease. Surviving were his wife, Anna and married daughter of Everett and his son of Boone, IA. Burial was in Everett's Evergreen Cemetery.