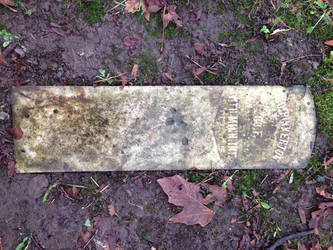 In the spring 1864 Union forces under the total command of Union Gen. U.S. Grant began to move against Confederate armies in both eastern and western theaters of war. The efforts would, a year later, bring an end to four bloody years of American civil strife.

To field as many "experienced" soldiers as possible, rear echelon and garrison regiments were drawn from behind the scenes assignments and placed into combat rolls. To fill the vacuum created by these movements many short-term, primarily non-combat units were created.  The 11th was one of these organizations.

The Minnesota 11th was a one year western theater infantry regiment. It left the state on 9/20/64, was detained in Chicago, IL for a week then reported to Nashville, TN. There it was detailed by companies to guard railroads against attacks by Rebel guerillas. Headquarters were established at Gallatin with Cos. "E", "G" and "I" guarding that location. "A" was sent to Buck Lodge, "B" to Edgefield Junction, "C" to Richmond, "D" to Sandersville/Alexander's Bridge, "F" and "K" to "the tunnel" and "H" to Mitchellville.

The regiment passed the time of its service in those locations performing the somewhat wearisome work imposed by guard, picket and patrol duties. This relatively dull existence was spiced by an occasional chase after irregular forces. For example, a herd of 1,500 cattle captured by a band of mounted guerillas was recaptured. Also, two men were killed by guerillas on 3/2/65 near Gallatin.

In the early summer of '65 the guerillas surrendered. The regiment then started home for final muster.

NOTE: This birth - to - death biographical profile was created in September, 2020 during the Covid-19 medical pandemic. It contains less depth and detail than many biographies found on this website because military, pension and other veteran-related files housed in Washington, D.C.'s National Archives were not available. Hopefully, at a later time these documents can be accessed and the data contained therein added to the narrative which follows.

After the death of Sands Esther remarried to Mr. Ezra Pelton. As best as can be determined by U.S. Census data, Eszra and Esther produced at least one child: Caroline (b. ca. 1843).

As denoted by the birth states of the Pinkerton children, after their marriage Ardell and Corrinda settled and started their family in Aurora Kane Co., IL. By 1858, however, they had quitted Illinois in favor of Skibo, Minnesota. They remained in or near that community until sometime after 1861 when they removed to Winnebago, MN. That likely, was where the family resided when on 8/8/64, Ardell enlisted in the U.S. Army's 11th Minnesota Infantry.

Private Pinkerton's motivation to enlist in the one year 11th may have been two fold. One reason may have been to avoid being drafted into a more long-term, say two or three year unit. Another may well have been lucrative enlistment bonuses or "bounties" which were being offered by 1864. Receipt of our private's military service records will, hopefully, shed light on these matters. In the meantime, all we know about Ardell's period service is that he survived The War and returned to civilian life.

At some point in time after returning home from the military, Ardell and family moved from Winnebago in Faribault County to Victor in Wright Co., MN. The move to Wright County was completed by May, 1870, but was likely earlier because, on 4/10/71 Ardell was granted patent (deed) to a homestead parcel in that county. Most likely the homestead was 160 acres of farmland which he acquired based on his period of Civil War soldiering. Again, obtaining pension record files will help shed light on this issue.

The Pinkertons remained on their Wright County homestead at least through August, 1881. Then, sometime between that year and 1887 they pulled up stakes in Minnesota and moved westward to the Puget Sound region of western Washington Territory.

On 6/1/87 they were living in the Woodinville/Novelty (Hill) area of eastern King County. In June, of 1890 the family address was noted as Township 26 King Co., WA and by 1892 it was specified as Cherry Valley (part of present day Duvall) in King County. As earlier, what had drawn them to this region is not known.

Corinda died on 9/25/98 in Novelty, King County, WA. Details of the 65 - 66 year old's passing are not available. Burial was in the Cherry Valley (Pioneer) Cemetery.

Former Civil War infantry soldier Ardell Pinkerton died on 1/27/00 in King County, WA. As with Cornelia, details of the 74 year old's passing are not available. He was/is buried in the Cherry Valley (Pioneer) Cemetery next to Cornelia.

Ardell died without leaving behind a will. Further, it appears that he had departed Wright Co., MN without disposing of his homestead property. As a result of this combination on 12/30/05, in Snohomish County, WA Ardell's eldest son, C.W. initiated court proceedings on behalf of he and the seven other living Pinkerton "children” to have an administrator assigned to Ardell's estate with an eye towards selling the Minnesota property. One John F. Reed of Seattle King County, WA was so assigned to the matter, the outcome of which is not, at the time of this writing, known.