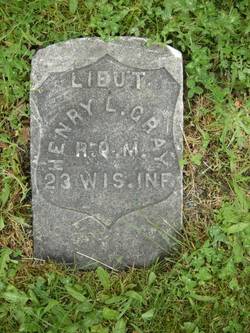 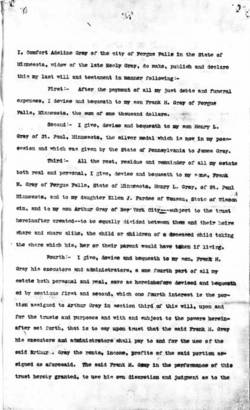 Neely Gray, was born in Virginia, February 25, 1810; removed to Pennsylvania at a very early age, and by trade was a millwright. He was one of the very early settlers of Grant County, Wis., where he arrived April 4, 1835, and for many years was a prominent business man at Platteville. He was a member of the Territorial House of Representatives in 1841-42, and, in 1846, was elected to the Constitutional Convention from the county of Grant, and served in that body on the committee on corporations other than banking and municipal.

He was inclined neither by habit nor training, to take much part in general debate; but, in the qualities of clear judgment, strong reasoning powers and good native sense, he had no superior. In 1849, in company with many others from the mining region of Wisconsin, he went to California, first removing his family to Madison, to which place he returned in 1852, and remained there during the balance of his life. He devoted his latter years to mercantile pursuits. Mr. GRAY was of a kind-hearted, generous nature, of upright and honorable character, quiet and unassuming in manners, a stanch friend, a kind neighbor, and an honest man, processing many warm friends. He was patriotic, and took a lively interest in the war for the maintenance of the Union, which he aided by his voice and means, and by sending his son, Henry L. GRAY, to fight in the ranks of the country's defenders. Mr. GRAY discharged, in a highly creditable manner, the duties of all public positions he held, but was seldom willing to accept of political referments. He was, for a time, a member of the County Board of Supervisors of Dane County. He was in all respects an excellent citizen, and highly esteemed in all the relations of life.