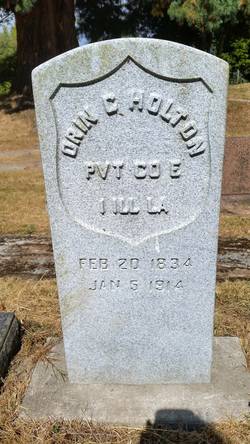 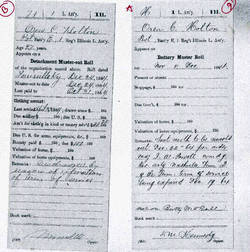 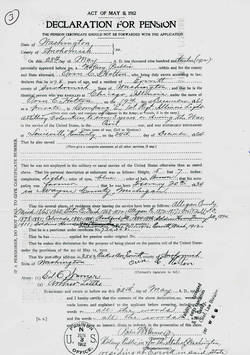 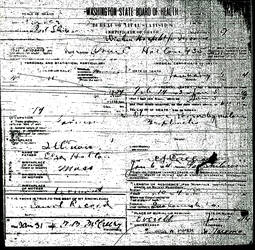 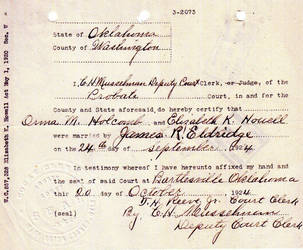 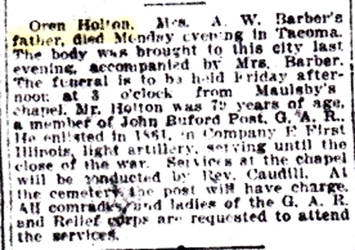 NOTE: Although there were exceptions to the rule, during the American Civil War artillery was essentially divided into two categories, light and heavy. Light artillery was more mobile, being moved around by horses on the field, while heavy artillery was more stationary, primarily being utilized in defensive fortifications.

Also, during the American Civil War the artillery branch of combat arms was unique in contrast to its infantry and cavalry cousins in that while infantry and cavalry regiments composed of approximately ten companies primarily fought as a cohesive unit, such was not the case for an artillery regiment which was generally composed of ten companies called "batteries", a battery being comprised of six cannon. Artillery regiments seldom, if ever, came together as a whole. Instead, individual "batteries" were assigned throughout the theaters of war when and where needed. As such, the focus herein is strictly on the history of Battery "E", and not the 1st Illinois light artillery in its entirety

Battery "E", a western theatre unit, was organized in Chicago during the fall of 1861 and mustered into Federal service in December of that year. In February, 1862 it moved to Cairo, IL where horses, guns and all other necessary equipment was procured. From there, at the end of March it moved by boat to Pittsburg Landing, TN where, on April 6th it received its baptism of fire during the battle of Shiloh. Losses for the battery were one killed, 16 wounded and one missing.

Following Shiloh it participated in Union movements on Corinth, MS then followed the line of the Memphis and Charleston Railroad skirmishing its way to Memphis, TN.

In early May the battery went to Grand Gulf, MS and then to Jackson where it assisted in the capture of that city. It then participated in the siege of Vicksburg, MS losing 2 killed and 6 wounded prior to that city's fall on 7/4/63. A movement back to Jackson followed.

1864. February found the battery in a skirmish at Wyatt, TN while in June it fought in the disastrous battle of Brice's Cross-roads, MS. In July it moved upon Tupelo, MS and fought at Pontoloc. The following day it was ambushed and suffered one man wounded.  On July 14, again at Tupelo, it fought and defeated Confederate cavalry under the command of Gen. Nathan B. Forrest.

On 1/19/64 the battery's time of enlistment had expired. However, it was not mustered out of service until Christmas Eve of that year.

Orin C. Holton was born 2/20/34 in Wayne County, Michigan to parents Ezra (b. 1810 MA) and Alvira (nee Fisher, b. 1806 MA or VT) Holton. During his lifetime additional spellings of his first name would include Oren and Orrin. It appears the Holton family had moved from New York to Michigan sometime between 1832 and Orin's birth.

Orin had at least three siblings: Ruth (b. 1832 NY), Martha (b. ca. 1839 MI) and George (b. 1847 MI).  Orin's mother later died and his father remarried.  No additional information is available pertaining to his birth family, childhood, formative or teenaged years.

During the American Civil War the average age of a combatant was 27 years. Orin fell precisely into this catchment range as at enlistment in 1861 the 5'7"; blue eyed farmer was 27 plus years of age.

Despite his battery's active service, private Holton - whose first name often appears on muster records as "Oren" - appears to have suffered little while in the army. He suffered no wounding and, with the exception of a bout of diarrhea  on April 6, 1862 at Pittsburg Landing, TN which was when the bloody battle of Shiloh was fought, and for which he was treated "in quarters", he was apparently not seriously ill. However, in later years, he would petition for , and be granted a Government disability pension based on this diarrhea onset which he said became chronic, lasting  well into his post war years.

Conduct-wise, private Holton's record was, with one glaring example, spotless. On 5/1/64 he was brought before a general court marshal on a charge of assault with intent to kill. The specifications of said charge were that while at Memphis, TN he severely stabbed another private soldier. Available details indicate the two men had quarreled the previous night. They then apparently met up again the following day around the battery mess table at which time the victim hit private Holton and he, - the victim - in turn was stabbed three times with a small pocket knife. Found guilty of the crime, prisoner Holton was sentenced to two months loss of pay. At that time the monthly pay for a private was thirteen dollars per month.

Orin's initial post service residence appears to have been Allegan Co., Michigan. In 1868, however, at some point he and his family removed to Eaton County, MI. That is where the 1870 U.S. Census found them residing in or near the community of Bellevue. Two years later they had moved to Allegan County. It was there in or near the community of Green Plains the Holton's were residing in 1880. From there the travels and fate of the Holton family becomes clouded.

In 1878 Orin reportedly moved from Michigan to Mitchell, Davison Co. South Dakota. Whether or not his family made the move with him is not known as the 1880 census noted them together in Green Plains, Allegan Co., MI. Again, Orin indicates that in 1881 he was in Colorado, but there is no indication his family accompanied him. Perhaps during his travels to South Dakota and Colorado he was suffering from gold fever!

On 11/26/94 at the age of former Civil War Private Orin Holton entered a Milwaukee, WI old soldiers’ home for former Civil War volunteer soldiers.  He remained there until June 30th of the following year when he was discharged from that facility and entered another home located in Quincy, Riverside Township, Adams County, IL.  Admittance data from that period indicates Mr. Holton suffered from varicose veins.

Orin remained in the Illinois home until sometime between 1912 and 1913 when he apparently left the home to join his daughter, now Edith Barber, in Everett, Snohomish County, Washington.  This living arrangement likely proved to be less than satisfactory as when Orin Holton died on 1/5/14 he was an inmate in the Western State hospital for the insane located the Pierce County, Washington community of Steilacoom.  Interment was at Evergreen Cemetery in Everett under the auspices of daughter Edith.