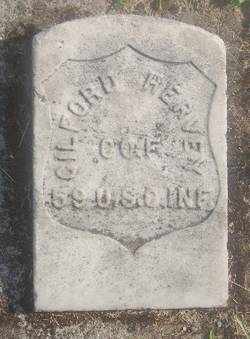 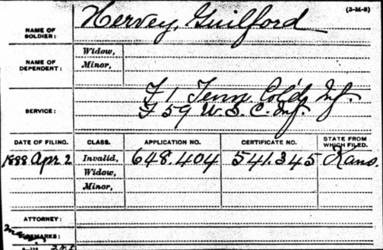 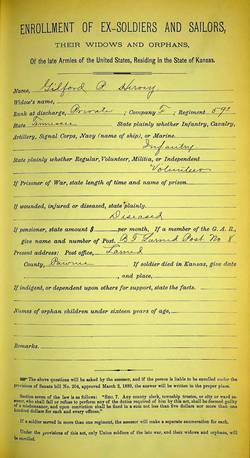 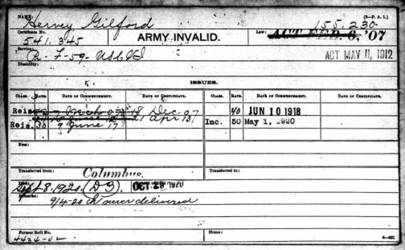 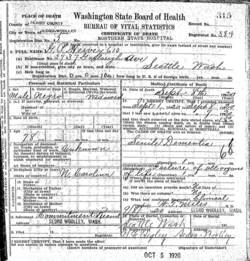 Gilford P. Hervey was born enslaved, the third of 14 children of Cary M. and Rose Hervey in Halifax County, North Carolina, both of whom were owned by Gideon T. Hervey.

Hervey served with Company F of the 59th United States Infantry (USCI) formerly 1st Tennessee Colored Infantry, volunteering from his home in Water Valley, Mississippi, at La Grande, Tennessee June 1863. While in military service, Gilford was involved in a number of battles including the Battle of Brice’s Crossroads on June 10, 1864 near Tupelo, Mississippi and the repulse of Nathan Bedford Forrest’s attack on Memphis on August 21, 1864. Hervey was injured during the war which prompted his claim for a pension. He was discharged from military service on January 31, 1866 in Memphis, Tennessee.

After his discharge Hervey became a minister and resided in several states including Ohio, Indiana, Illinois, Kansas, and California before migrating to Seattle in 1915. During those years he married three times and had one child, a son named Carey, by his first wife, Annie Rankin. Hervey maintained his Seattle residence for five years. He died, however, in a hospital in Sedro Woolley, Washington on September 8, 1920. As a member of the Grand Army of the Republic (GAR), Hervey was eligible for burial in Seattle’s GAR Cemetery located on Capital Hill. Hervey is one of three known African American Civil War soldiers buried there.

Grand Army of the Republic Cemetery