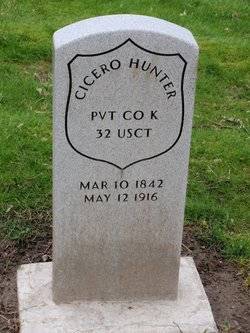 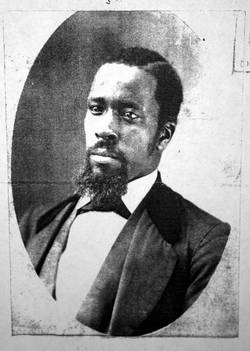 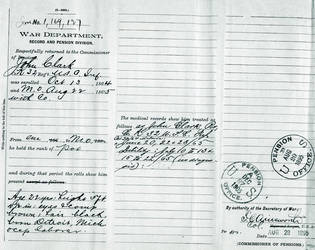 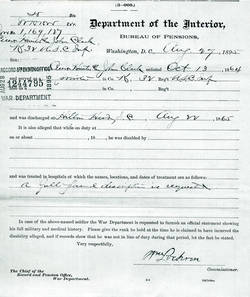 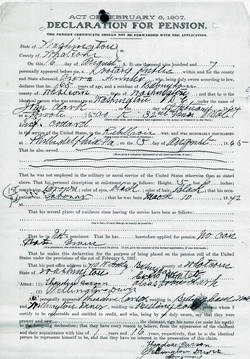 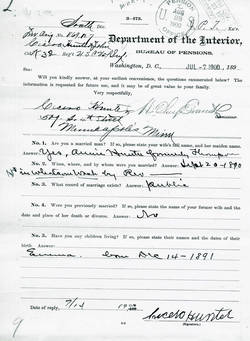 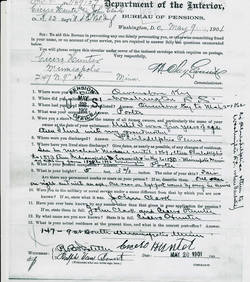 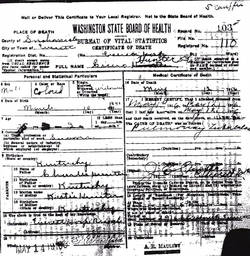 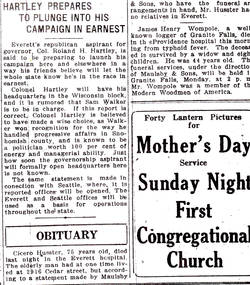 At the onset of America’s War of the Rebellion in 1861 the arming of African Americans to fight for the Union was rejected by President Abraham Lincoln.  However, as the secessionist south proved more resilient than expected this outlook changed.  Thus, after issuance of the Emancipation Proclamation which took effect 1/63 the government, in earnest, began recruiting black soldiers.

As a result 145 regiment of infantry, 7 of cavalry, 12 of heavy artillery, 1 of light artillery and 1 of engineers were fielded in 1864.  The 32nd USCT was one of the infantry regiments.  From April until June, 1864 the 32nd, a western theater unit, was on duty in Hilton Head, SC.  Thereafter it moved into operations against Charleston remaining there unit November.  An expedition to Boyd’s Neck and the Battle of Honey Hill ensued that same month.

December found the 32nd involved in a demonstration on the Charleston & Savannah RR and at Devaux’s Neck.  In February, 1865 the regiment was positioned at James Island, SC.  The occupation of Charleston followed.  April was a busy month for the 32nd.  The unit was involved in Potter’s Expedition, at Dingle’s Mills, at Statesboro, occupying Camden, at Boydkin’s Mills, at Beach Creek and, finally, at Denken’s Mills.

Cicero Hunter was born 3/10/42, likely in Owensboro, KY.  No concise information exits pertaining to his birth family.  One U.S. Census indicate his parents were from Indiana while another lists his father from KY and his mother from VA.  According to Cicero, he was a slave “until I was five years of age then I lived with my grandmother.”  Details of this transition from slavehood to freedman are not available.  Somewhere during his growth into manhood Cicero received at least a basic education as he could read and write.  Cicero remained in Owensboro, KY until 3/2/62 when he, for some undocumented reason, moved to Philadelphia.

Perhaps the move had to do with obtaining employment as when he enlisted in the army he later noted his occupation as “porter.”  Although documentation is not completely clear on this matter, it appears that by 1864 Cicero had gravitated to Washington, DC where he enlisted.  Of interest in the 5’4”, brown-skinned man’s joining the service is that he did not do so as Cicero Hunter, porter, from Washington, DC, but as John Clark, laborer, from Detroit, MI.  Why this was done is not known.  Possibly the deception had some connection to Cicero’s previous slave status.

While in the military Private Clark suffered primarily from illness.  In 10/64 he was treated for malaria, while from 6/20-23/65 it was debility (weakness).  In mid July he was again seen medically for an undiagnosed reason.  In later years when applying for a U.S. Government pension based on his Civil War solderient John/Cicero referred to a scar on his left foot which allegedly stemmed from a minor, undocumented wounding while in the service.

Army life behind him, Cicero Hunter went to sea.  He was in the merchant marines until 1869 after which he returned to Philadelphia and likely working as a railroad porter.  He remained there up to 1873.  In the years ahead he made a number of moves back and forth across the country, likely following the rails which provided his income.  In ‘73 he migrated westward to Indianapolis/ Evansville Indiana then removed to KY where he stayed until 1880.  He next settled in Minneapolis, MN, but between 1888 and 1892 was in Whatcom Co. WA Territory/State.

On 9/20/90, in Whatcom Co., he married for the first and only time to Annie Thompson (b. ca 1859 PA).  Based on available information it appears Annie had a daughter Ginnie (b. 1879) from a previous relationship.  Hunter and Annie produced one child Emma (b. ca. 1891/’92 WA).  By the time of the 1900 U.S. Census Cicero and Annie were living in Minneapolis, MN.  As neither Ginnie nor Emma were listed with them, one- Emma, particularly- or both may have died during the intervening years.

In 1907 Cicero was back in Whatcom Co., WA and living in Bellingham.  The 1910 U. S. Census found him living alone on his “own farm” in the Granite Falls region of Snohomish, Co.  As with Ginnie and Emma, pension and U.S. Census records are strangely silent as to the fate of Annie.

Cicero Hunter a.k.a. John Clark, Civil War Veteran, died 5/12/1916 of undocumented causes.  His obituary read as follows:  Cicero Husster 75 (sic.) years old, died last night in the Everett Hospital.  The elderly man had at one time lived at 2916 Ceder Street (Everett), but according to a statement made by Maulsby & Sons, who have the funeral arrangement in hand, Mr. Husster had no relatives in Everett.”

Cicero’s remains were initially interred in Everett’s Greenwood Cemetery.  However, on 6/24/21, with the assistance of “a friend” identified as Hortense Dunbar and the local G.A.R. post, his body was removed to its present resting place within the grounds of the Evergreen Cemetery.  As of this writing the gravesite has neither a civilian nor military marker/monument.