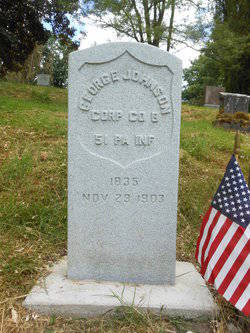 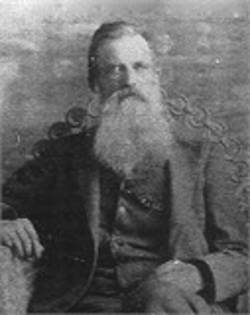 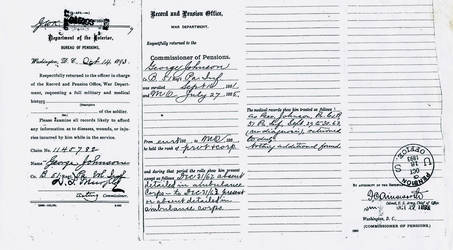 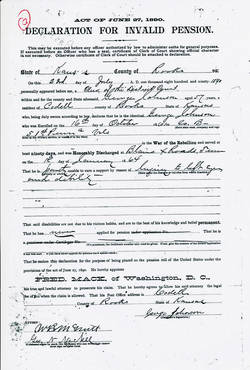 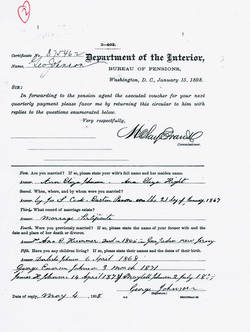 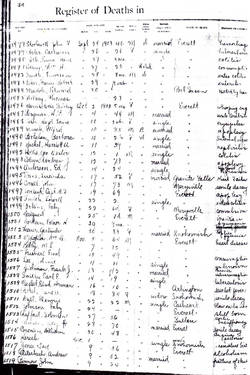 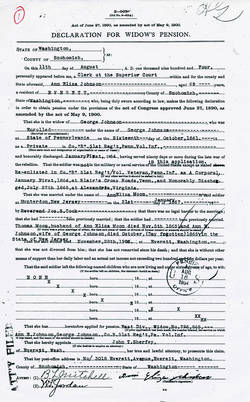 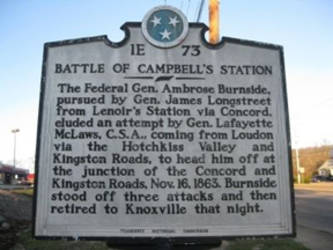 The 51st began as a three month regiment, but became a three year unit before taking the field. Interestingly, it was to serve in both the eastern and western theaters, a claim to fame that not many units could make.

Two days after its organization the 51st left Pennsylvania for Annapolis, MD where it remained until 1/9/62 perfecting its drill and discipline. It then embarked on Union Gen. Ambrose Burnsides amphibious expedition to North Carolina. Disembarking on Roanoke Island it subsequently shared in the capture of enemy works there, was active at the Battle of New Berne and again at the Battle of Camden. Having shed its first blood, in mid year the regiment then returned northward to Fortress Monroe, VA.

The waning days of August, 1862 found the 51st at Second Bull Run near Manassas, VA, and, shortly thereafter, at the battle of Chantilly. In September the unit moved into Maryland where it skirmished with Rebel cavalry at Frederick, was hotly engaged at South Mountain and, in mid September, at Antietam where losses amounted to 125. The regiment capped the 1862 combat year by suffering severely at Fredericksburg, VA.

March, 1863 found the 51st back at Fortress Monroe. From there, it moved into Kentucky and, in June joined other Union forces in support of Union Gen. U.S. Grant at Vicksburg, MS before joining Union Gen. W.T. Sherman's movement upon Jackson.

Moving into Tennessee where it was active in the battle of Campbell's Station November 16, 1863 and suffered all the hardships endured by Federal forces at Knoxville when besieged by Confed. Gen. Longstreet's Confederates. That experience behind them, the regiment went into winter quarters where the men again suffered from meager supplies of food and clothing.

Despite the privations faced, in January, 1864 the 51st reenlisted for an additional three years, thereby earning a 30 day veteran furlough back to Pennsylvania.  While there, the unit's popularity resulted in its ranks swelling to full (1000 man) strength.

Returning to the field the 51st participated in all the sanguinary engagements leading to the mid '64 siege of Petersburg, VA. Those engagements included the 5/12 battle of the Nye  River, Cold Harbor and the initial June assaults on the Confederates' Petersburg defenses. During the July 20, 1864 battle of The Crater the regiment was to have been part of the original assaulting column, but was called back before it entered that deadly pit.

During the remaining months of 1864 while in front of Petersburg the 51st shared in the movement for the capture of the Weldon Railroad and all subsequent operations including Poplar Spring Church, Ream's Station, Hatcher's Run and the final 4/2/65 assault upon Petersburg.

The birth year of George Johnson is in dispute. The 1860 U.S. Census indicates he was birthed in 1833, while the census of 1900 points to a birth date of 7/18/35. That census also noted he was born in England. No information is available pertaining to his parents or siblings. The same is true for his childhood, formative or teenaged years.

George reportedly came to the United States in 1857. As he was an adult by that time, he likely made the ocean crossing on his own.

Where Mr. Johnson settled when he initially arrived in America is not known, but sometime in 1859 he married Ann Elizabeth Hummer (b. ca. 1842 NJ) in Pennsylvania.

The census of 1860 placed the Johnsons in or near the community of Lower Mount located in Northampton County, PA. George's occupation at that time was listed as "slater", apparently an individual who laid slate, as on rooves. Also in the household were Mary C. Hummer (age 15, b. NJ), likely Mary's younger sister, and one Joseph Morris (age 28 b. PA), also a slater.

In October, 1861 George Johnson enlisted in the army of his adopted country. Private Johnson's initial period of service was apparently fairly benign. The only listings on his record being a 12/31 absence due to having been assigned to the ambulance corp and a one day absence from duty in September, 1863 for an "undiagnosed" medical reason.

On 1/1/64 at Blair's Crossroads, VA private Johnson was discharged from the military, but he immediately re-enlisted as a corporal in his same company and regiment. The next notation on his military service record is his 1865 discharge.

Once back in civilian life matters did not go well for George. Although the year and locale are not certainized, his wife, Mary, died. One source indicates the passing was in 1865 in Green Jordan, NJ while another points to 1866 in Glen Gardner, Huntington County, PA. The couple had apparently produced no children and the cause of Mary's death is not known.

A look at where the Johnson children were born indicates that from the late 1860s and into at least the late '70s (the 1870 census placed the family in Hunterdon Country, Lebanon Township, NJ.  By mid 1879, however, when Maybell/Mabel was born, they were in Kansas. The 1880 census placed the family in or near the Rook County community of Paradise with George's occupation noted as "farmer". While no census data is available for 1890, an 1895 document had the Johnsons still in Rook Co., without listing a town or village. Likely, however, they were still in Paradise as this was where farmer Johnson was located in 1900.

Exactly that happened to former Civil War veteran George Johnson during the next three plus years is not documented. What is known, however, is that he and his wife moved from Kansas to Everett, WA.  Why the move was made is not known, but it was there, on 11/28/1903 George Johnson, then a 70 year old tailor, who was receiving a $12 per month government pension based upon his years of Civil War soldiering, died of what was characterized as "senile decay." At death his address was noted as 8068 Everett Avenue, Everett, WA. Burial was in Everett's Evergreen Cemetery.

Following George's death Ann/Anne remained in Everett. The 1910 census listed her there a widow with her own income having produced 9 children of whom 8 were still living. The eight children would have been William, Sarah, Rachel and Benjamine Moon and Dorleska, George, James, Maybell and Delia Johnson. The name of the ninth, deceased child and whether that child was a Moon or a Johnson is not known. .

After 1910 Widow Johnson's whereabouts cannot be documented until her death on 2/21/1925. At passing Ann/Anne was residing in the home of she and George's eldest daughter, Dorleska, in Hugoton, KS. At per passing she was receiving $30 per month from the U.S. Government stemming from her late husband's Civil War service.

Ann/Anne's earthly remains were transported from Kansas to Everett, WA where they were laid to rest beside those of George.