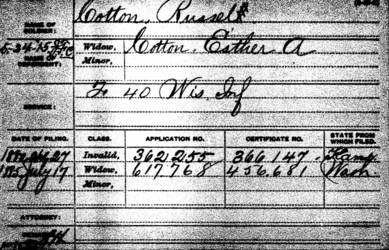 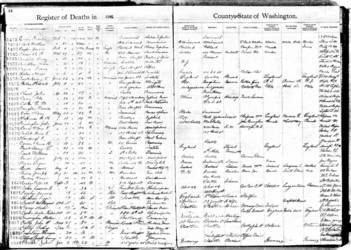 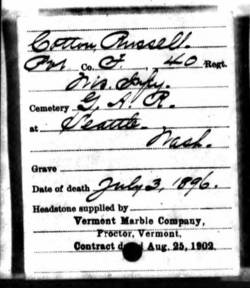 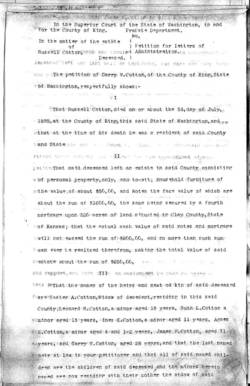 The 5th, initially known as the 1st Middle Tennessee Cavalry, was a three year western theater regiment. It was assembled in Nashville from squads of recruits coming from a number of counties. During the latter part of 1862 it was in various battles and skirmishes. One of the most important of these actions was Stone's River (12/31/62 - 1/1/63). On 1/5/63 it closed an engagement along the Manchester Pike.

From the Pike engagement until the close of The War detachments of the 5th were employed in the eastern part of middle Tennessee. One battalion was stationed at Shelbyville, another at Carthage. Amongst the duties of the latter battalion was carrying the mail from Carthage to Gallatin. This invited frequent attacks by the enemy. Battles during this period included Lookout Mountain in Chattanooga, TN (11/24/1863) and Chickamauga, GA (9/18 - 20/63).

During late 1863-early ’64 the regiment was ordered to Sparta, TN to break up guerilla bands which infested that region. During the battles and skirmishes which ensued "no quarter" was given by either side.

After completely subduing the guerillas the regiment was ordered to Nashville where it participated in the battles in front of that city (12/15 - 16/64). The unit was mustered on 8/14/65.

John Bell Wilson was born 12/24/44. The location of his birth was Wilson County, TN.

It appears likely that John resided on his parents' farm until 2/22/63 when he enlisted in the U.S. Cavalry. His unit of service was the 5th Tennessee (Union) Cavalry. Without having access to Private Wilson's military service records all we can say about his period of enlistment is that he survived The War and returned to civilian life.

Where John resided upon returning to civilian life is not known. However, as of 1/25/66 he was in Lawrence, MO. It was on that date and in that community John married. His bride was Mary Jane (nee Gatton b. 8/20/42 TN). The marriage would be the first and last for both the bride and groom.

Based on available U.S. Census data, following their wedding John and Mary took up farming in Lawrence County, MO. In 1870 their community of residence was Spring Rive, MO. A decade later, in 1880, it was Vineyard, MO. There is no census tally for 1890 as most of it was destroyed by fire. In 1900, the couple was still in Missouri, but by that late date they were residing in or near the community of Marion in Ozark County.

By 1910 the Wilsons had quitted Missouri and removed to Colorado Springs El Paso County, CO. What had prompted the move and when it was made are unknowns.

As of June, 1911 the Wilsons were out of Colorado and living in Seattle King County, WA. Their address was 676 Findlay Street. Again, what had drawn them to the Puget Sound region of the Pacific Northwest and when they had arrived here are unknowns.

Strangely, on 6/7/11 John left his wife in Seattle and was admitted to one of Washington State's old soldier’s homes. Without access to his pension records we do not know which one - Orting Pierce County or Retsil, Kitsap County. Further, we do not have a WHY for this unusual separation, but perhaps the couple chose this as a route for separating without divorcing.

At the time of admission to the soldiers' home we gain a glimpse of John Wilson the physical man. At the age of 66 years he was 5'6" tall, had a fair complexion brown eyes and dark grey hair.

Presenting medical conditions at the time of the home admission were as follows:  Chronic rheumatism, Myalgia and prostate problems.

A large looming unknown from 1912 is where did John reside after leaving the home. Did he and Mary reunite? Hopefully pension files will solve this mystery.

John B. Wilson died on 9/22/16 in Duvall King County, WA. With whom he may have been living at that time and the cause of his passing are unknowns. He was/is buried in the Novelty (Duvall) Cemetery.

On 8/31/89 while in Missouri John had begun the paperwork to obtain a U.S. Government disability pension based on ailments or other physical debilities which traced back to his days of Civil War soldiering. The request was granted, but without access to john's pension files all we know about his monthly stipend is that as of June, 1911 when he entered the soldiers home he was receiving $12 per month.

Upon the death of John, Mary initiated the paperwork to continue receiving at least a portion of late husband's stipend. Again, although the request was granted, without pension files we do not know the details of the financial stipend she received.

In 1920 the widow Wilson was residing in Seattle. Under her roof were married son William, his wife and two children.

Mary Jane Gatton Wilson died on 8/9/32 in Seattle King County, WA. She was just shy of her ninetieth birthday. Her burial was not with John in the Novelty Cemetery, but in Seattle's Evergreen - Washelli Cemetery. So ended this somewhat odd marital saga.