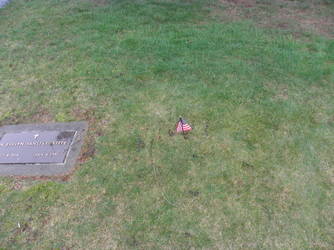 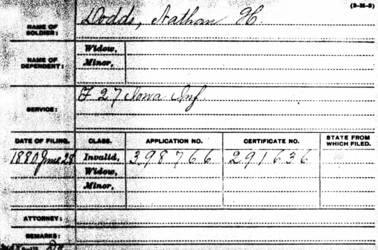 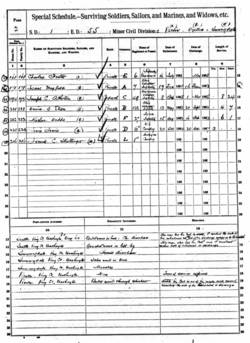 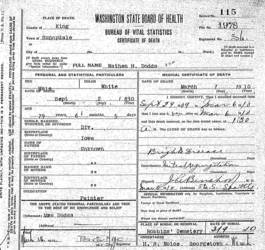 The 27th, a three year western theater infantry regiment was mustered into Federal service on 10/3/62. A week later it began a campaign against Native American Indians who were waging war against the settlers of Minnesota.

Upon reaching St Paul, MN the 27th went into camp at Ft. Snelling. Soon thereafter six companies proceed to Mille Lac to superintend the pay of annuities to the Native Americans. The other four companies moved to Cairo, IL.

The regiment then rendezvoused at Memphis, TN to turn its attentions to fighting Johnny Reb.  Soon it moved into central Mississippi where it was assigned to railroad guard duty. Winter encampment at Jackson, MS followed. During this period the men of the 27th suffered greatly from sickness because their last campaign had been made without blankets or rations.

In April, 1863 the 27th moved to Corinth, MS. From that location, in June, it marched to LaGrange, TN. While stationed at LaGrange the regiment fought many skirmishes with Rebel guerillas.

August, '63 saw the 27th assist in the capture of Little Rock, AR. It remained on guard and picket duty at that place until November when it returned to Memphis, TN and went into winter quarters.

1864. The early part of the year saw the 27th proceed to Vicksburg, MS. MS. At Vicksburg it joined in the Red River expedition which included numerous skirmishes and battles.

At Pleasant Hill, LA (4/9/64) the regiment lost 88 killed and wounded. After that it formed a part of the forces that covered the Union retreat from Grand Ecore to Alexandria. Engagements at Marksville and Yellow Bayou preceded an October expedition through Missouri. The combat year was capped off with the battle of Nashville, TN (12/15 - 16).

During February, 1865 the 27th embarked for Mobile, AL where it participated in the siege of Ft. Blakely. With the fall of Mobile the regiment was assigned garrison duties at that location. After that it moved to Montgomery where it was mustered out of Federal service.

Nathan Haven Dodds was born 9/2/30. The location of his birth was Livingston County, NY.

As best as can be determined Nathan had only one sibling, a younger sister named Mary Jane. Mary Jane was born in New York during 1834.

Although no specific date has been located within available documentation, at some point in the late 1840s Nathan wed. His bride was Amanda M. White (b. 1832). Amanda was reportedly a Scotland-born bond girl from New York State.

It appears that after marrying, Nathan and Amanda settled and took up farming in or near the community of Elk located in Delaware County, IA. With exception of the few months he served in the army - 8/15/62 to 1/16/63 - Elk would be Nathan and his family's home for over three decades. During those years he listed his occupation primarily as "farmer", but at one point he was a "painter".

Without having access to his military records, looking at Private Dodds' period of service about all we can determine is that he survived. Apparently a case of the measles cut short his enlistment and lead to his discharge. Hopefully more light can be shed on this issue at a later time.

Referring to his discharge, in June, 1880 Nathan began the paperwork to obtain a U.S. Government disability pension based on ailments, etc. which he traced back to his days of Civil War soldiering. A monthly stipend was instituted based on his wartime bout with the measles, but without pension file access we do not know its monetary benefits.

By 1887 Nathan and family had quitted Iowa and removed westward to the Puget Sound region of the Pacific Northwest. What had drawn them to Washington Territory/State and exactly when they had arrived here are unknowns. Local addresses for farmer Dodds were New Castle (1887), Duwamish (1889) and Sunnydale (1892) near Lake Burien in the Riverton Heights area. All were/are located in King County south of Seattle.

Amanda M. White Dodds died on 5/4/93 in Seattle King County, WA. No details are available pertaining to her passing. One source indicates her earthly remains were/are buried in the Riverton Crest Cemetery located south of Seattle in the King County community of Tukwila. Another claims she was buried in a Seattle backyard.

Sarah reportedly birthed a child (name unk.) by Nathan, but the marriage between he and his much younger wife did not work out. The two divorced. Apparently, as part of the divorce settlement, Sarah kept the Sunnydale/Riverton Heights house while Nathan moved into a Seattle hotel.