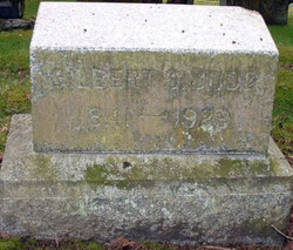 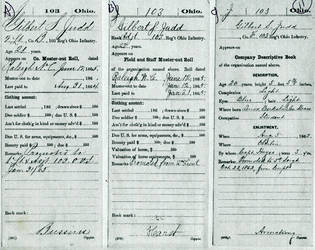 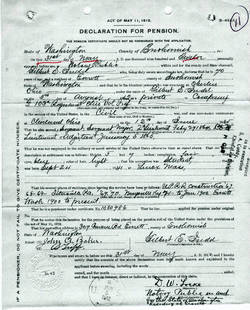 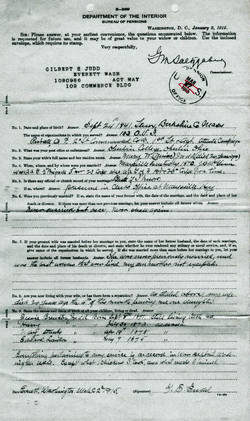 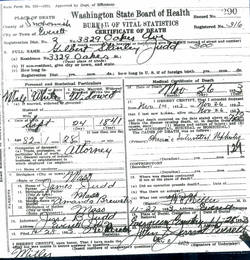 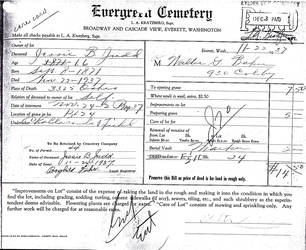 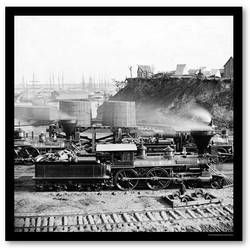 The 103rd, a western theater three year regiment was organized from the state "at large". After receiving its weaponry in Cincinnati it moved to Covington where it was supplied with clothing and equipment necessary for camp life in the field. The unit then marched to Ft. Mitchell, KY.

The regiment's first year of service was spent in Kentucky. In the fall of 1863, however, it was ordered into eastern Tennessee where it had its baptism of fire at Blue Springs.  During this engagement the 103rd lost 3 killed, 4 wounded and 6 taken prisoner. Participation in the siege of Knoxville cost the unit around another 35 killed and wounded.

May, 1864 found the 103rd joining the forces of Union General William T. Sherman as they began to move upon Atlanta, GA. At the battle Resaca in that state it lost over one third of its effective strength. Throughout the Atlanta campaign the regiment would lose heavily. When that city was finally captured the 103rd could only field 195 men.

After Atlanta the regiment followed Confederate General Hood's columns into Tennessee where it had another opportunity to "show its pluck" at the battle of Spring Hill.

With Hood driven out of Nashville the unit went to North Carolina. There it was mustered out of service before being returned to Ohio for final discharge.

Beyond his birth date, no hard, direct data has been located in U.S. Census data or elsewhere pertaining to Gilbert's childhood, formative or teenaged years including his places of residence. However, a years-later obituary entry noted that in 1845 his family had moved, apparently from Massachusetts to Wisconsin.

First hard facts on Gilbert come from his 8/5/62 enlistment in the U.S. Army infantry for three years. The enlistment was at Oberlin, Ohio which was, at the time, his place of residence. "Vital statistics" on him at the time of his being mustered into company "F" of the 103rd Ohio  included: Height - 5' 5 7/8"; Complexion - light; Hair - light; Eyes - blue and Occupation - student. His studency was apparently at Oberlin College. This indicates Gilbert had been educated as a youngster.

Perhaps it was due to his educational background that on 10/23/62 Private Judd was promoted to the rank of sergeant. Almost immediately thereafter, on 1/1 (or 9)/63 he was again promoted, this time to sergeant major, the highest rank and enlisted man could (and still can) obtain. With that promotion he left the ranks of company "F" to serve as a field staff member of the 103rd. Around this same time, either before or following his company transfer he was regimentally treated for intermittent fever before being returned to duty. Muster rolls for the remainder of 1863 show him as present.

As per an order dated 2/6/64, Sgt. Major Judd was on detached service from his regiment in order to serve as a recruiting officer back in Ohio. Around the middle of that same month and year he was again promoted, this time from Sgt. Maj. to the commissioned rank of 2ndlieutenant. The commission was apparently prompted by the former holder of than rank being himself promoted. Joining for duty in that position on 2/29/64 in Columbus, Ohio, 2ndLieutenant Judd was reassigned from his field and staff position to company "B".

A Civil War era company was generally lead by a captain, but for some undocumented reason Lieutenant Judd assumed this leadership role as early as late April or early May. During the latter month he and his contingent saw action at Resaca, GA during Union Gen. W.T. Sherman's Atlanta campaign. Other combat actions during this period included New Hope Church, Lost Mountain and Kennesaw Mountain,

As noted above, Gilbert's commission had come through in late February, 1864. However, the paperwork was not formally signed by him until the 30th of June. His explanation for the delay was that he had been in the field and on the march - or fighting the enemy- almost continuously before that late June date.

The latter months of 1864 found Lieutenant Judd being once again treated for intermittent fever.  Additionally, he was absent from his company in order to serve as acting adjutant (secretary) for the regiment. During this period, while at Spring Hill, TN he notified his superiors that if he were to be injured (wounded/killed) they were to notify his brother Oliver P. Judd of Waupun, Fonddu Lac (County), Wisconsin. Fortunately for Gilbert, no such notification was ever made...

January, 1865. As of the fifth day of that month and year 2ndLieutenant Judd of company "B" who had been acting adjutant of the regiment, was promoted to first lieutenant and officially given the adjuntal duties.  Along with this final promotion came another transfer, this time from company "B" to, once anew, regimental Field and Staff. Gilbert would remain at this rank and position until final muster.

Although a commissioned officer with a fairly significant rank, Gilbert chose not to remain in military service following the ending of the war. However, where he settled and exactly what he occupationally chose to do after leaving the army is not documented.  What is documented, however, is that at least by some date in 1867 he was employed in some manner on the construction of the Union Pacific (Intercontinental) Railroad. This involvement continued into 1869. In that latter year it appears his place of residence may have been Titusville, PA.

In 1870 it appears Gilbert married one Mary Miner (b. ca. 1840 KY). Years later his obituary would claim the two had met while he was in the military.  The U.S. Census for that year placed him and his new bride in Maysville, Mason County, Kentucky with her parents and their black and white servants.  Gilbert's occupation at the time was noted as railroad clerk.  The census of a decade later would also find the couple residing there, but by that time Gilbert's occupation was listed as "lawyer."

During the years intervening between 1870 and 1880 Judd children were born and Judd children died. First born was daughter Jessie Brewster. Her birth date was 9/8/71. Next came son Harry who was born on 7/30/73. On 5/7/75 son Edward/Edwin Lawton was born. He died that same year. Daughter Mary "May" Stanly came into the world on 4/19/78.  Also during that year son Harry died.

As best as can be determined, Gilbert and wife Mary were still in Maysville in 1890. It was there the following year that Mary died.

1900. With the dawning of a new century the U.S. Census placed Gilbert in the City of Everett, Snohomish County, Washington.  The move from Kentucky to Washington apparently came in June. why the move was made to the Puget Sound area of the Pacific Northwest is not known. Then noted as being an attorney, he and daughter Jessie (for some reason identified as his niece) were residing with a John A. Baker. Also in the home were others including two Judd nieces.

The same year as the census taking former Civil War soldier Gilbert Judd began the paperwork process to obtain a government pension based on his period of service. It appears because of his failing to meet some "appearance" deadline that initial application was denied.

Gilbert applied anew for a pension in the year 1904.  At that time he was claiming impaired sight and hearing which had been coming on for ten years, defective teeth, senility and general debility. A doctor's examination from the same time noted that Mr. Judd wore glasses which made is distance vision practically normal. However, there was arcus senilis corneae a white or gray, opaque ring in the corneal margin in both eyes.  He did have some hearing deficiency, but could hear a normal conversation at six feet. He was missing four teeth, but the remaining ones were in good condition. In all, the doctor rated him as one quarter disabled which, as a former 1st lieutenant, qualified him for a $15 per month stipend.

Another census. 1910 found Gilbert still in Everett. Also in the home were his unmarried daughter Jessie and a niece. Two years later he would note that all his children, except Jessie, were deceased. His business address at the time was listed as Everett's Commerce Building.

Documentation from 1915 contains some interesting observations by Gilbert. Firstly, he stated the following: "Everything pertaining to my (Civil War) service is on record in (the) War Department Washington (D.C.) USA except what chickens "I took" and what meals I missed......"
Secondly, he noted: "(I was) never married but once.  Never shall again. She was....(the) best woman who ever lived.  My own mother not excepted."

1920. Gilberts ’daughter Jessie and a niece continued to reside in Everett. It was there, at his home located a 3329 Oakes Avenue he died on 11/26/23. Cause of death was chronic Nephritis (kidney disease) which had beset him seriously earlier the same month. At passing the old soldier was 82.1 years of age.

Gilbert Judd's 11/28/23 obituary in the Everett Daily Herald newspaper read (in part) as follows:  G.S. Judd, widely known Everett attorney, died at his home....early Monday.  He had been ill for several weeks.....Mr. Judd became prominent in the legal affairs of Snohomish and Island counties and served the Snohomish County Bar Association as president.  Despite his advanced age, Mr. Judd continued to visit his office each day until six months ago when he gave up his practice.  He was a member of the First Christian church in the activates of which he was prominent for more than twenty years.  He served for years on the church board, as a Sunday school superintendent and as an elder.  He led he choir for many years as a tenor and later led it with his violin.  Mr. Judd led a life of service.  In his younger days he tramped through the Olympics and was familiar with the many flowers, shrubs and birds of the Puget Sound district. Burial was in Everett’s Evergreen Cemetery.

After her father's passing Jessie claimed he had left no property or money and sought recompense in the amount of $293 from the U.S. Government for final - medical, burial, etc. - expenses.  The outcome of that request is not