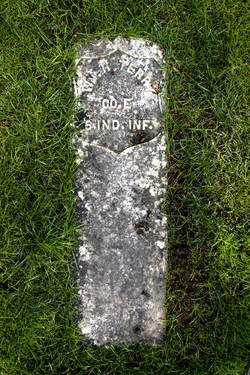 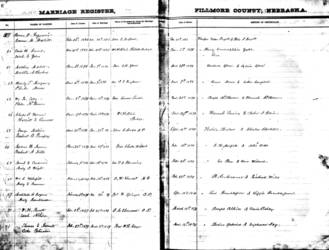 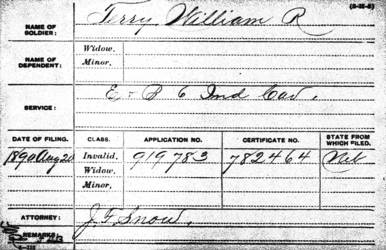 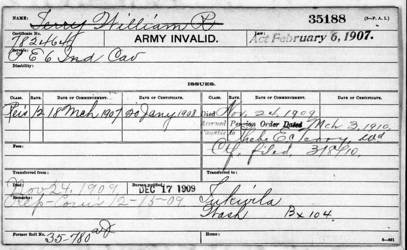 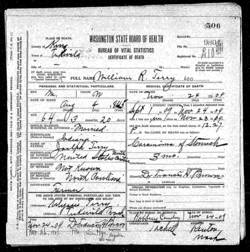 This three year, western theater regiment, the sixth of the line, was originally organized as an infantry unit. Mustered in on 8/18/62, it was sent immediately into Kentucky to oppose an invasion of enemy forces under the command of Confed. Gen. Kirby Smith. At the ensuing battle of Richmond it lost 215 in killed and wounded while another 347 were taken prisoner. Only 225 escaped. The captured were paroled, returned to Terre Haute, IN and were exchanged late in the fall.

Returning to the field on 12/27/62, 400 of the 6th were sent to Muldraugh's Hill, KY to guard railroad trestle work. The following day they were surrounded and captured by 4,000 Rebel cavalry.

Sent back to Indianapolis the unit was changed from an infantry to a cavalry regiment. It remained in Indianapolis until 8/26/63 when it moved to Knoxville, TN and the siege of that place. During actions along the Holston and Clinch rivers the regiment again lost heavily.

The 6th next took part in Union Gen. Stoneman's raid to Macon, GA. This operation cost the regiment 166 in killed, wounded and captured. Returning to Nashville, TN in August it was again remounted after which it took part in the pursuit of Confed. Gen. Wheeler's cavalry and helped repel Conf. Gen. Forrest's cavalry movement into middle Tennessee. The year concluded with the battle of Nashville (12/15 - 16).

1865. The 6th remained at Nashville until April. It was then marched to Pulaski where – on 6/17/65 - 425 of the regiments’ original members were mustered out. Remaining recruits whose terms did not expire before 10/1/65 were then consolidated with recruits of the 5th Indiana cavalry, the new organization being designated the 6th Ind. Cav. That organization remained in middle Tennessee until final muster.

As best as can be determined William was the youngest of only two Terry children. Older than he was Mary Ann Terry (b. September 28, 1839).

During the U.S. Census of 1850 Joseph and family were residing in or near the community of Marion located in Putnam County, IN. A decade later, in 1860, they were still in Indiana, but then farming in the Morgan County's Monroe.

In April, 1863 William departed his parents' farm and enlisted in the U.S. Army. His unit was the 6th Indiana Cavalry. Without access to his military records all we can safely say about his service tenure is that he survived The War and returned to civilian life.

On August 20, 1890 our former cavalry private would applied for and was later granted a U.S. Government disability pension based on his days of Civil War soldiering. It appears that monthly stipend may have grown to $12 by March of 1907. Acquiring his pension files will do much more to clarify this matter.

The census of 1870 found William and residing and employed as a laborer on the Union Dallas County, IA farm of his married sister, her husband and children. Also in the home were Joseph and Mary Terry.

On January 15, 1874 in Fillmore, Nebraska, William married. His bride was Phoebe/Phebe E. McPherson (b. November 7, 1849 Keokuk, IA).After being wed the couple set up their farm home in Geneva Fillmore County, NB.

As noted by the birth states of the Terry children, William and Phoebe/Phebe started growing their family in Nebraska, but by 1883 had removed to Glen Elder Mitchell County, KS. They remained there at least beyond 3/1/85 when they returned to Nebraska's Fillmore County. The why of this Kansas excursion is an unknown.

In 1900 the Terrys were still in Nebraska. By 1909, however, they had quitted that state and removed to the Puget Sound region of western Washington State. What had drawn them to this area of the Pacific Northwest is not known. Also, not known is when the family arrived here. In Washington their residential community was Tukwila just south of Seattle in King County.

Farmer William R. Terry died of stomach cancer on in Tukwila King County, WA on November 24, 1909. Apparently he had been made aware of the disease some three months earlier. Burial was/is in the Riverton Crest Cemetery located in Tukwila.

After William's death Phoebe/Phebe remained in the Seattle area. Interestingly, based on available documents it does not appear she applied to continue receiving at least a portion of her late husband's pension stipend.

In 1910 the widow Terry was still living in Tukwila. Residing in her home were a number of her children and grandchildren.

Phoebe/Phebe McPherson Terry died on March 10, 1919 in Tukwila. She was/is buried beside William in the Rivercrest Cemetery.