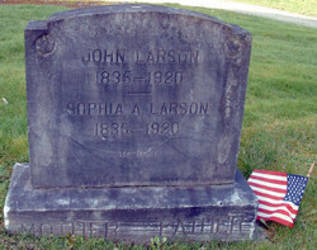 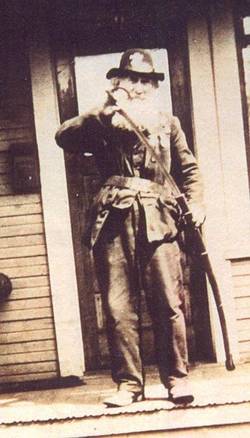 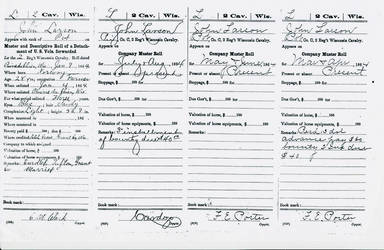 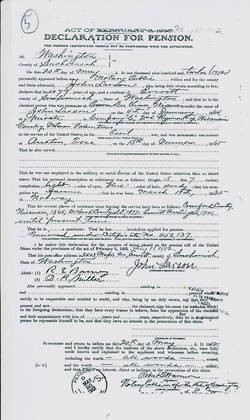 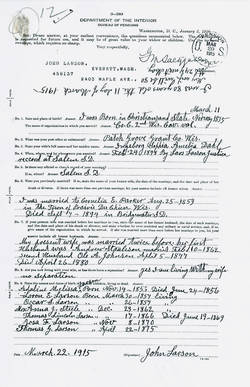 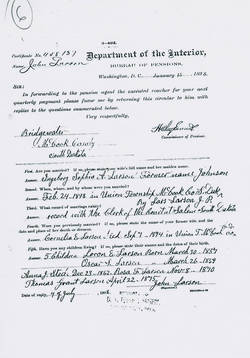 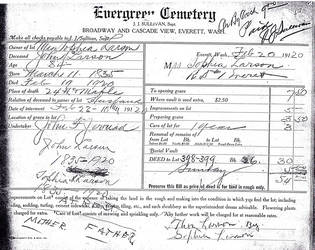 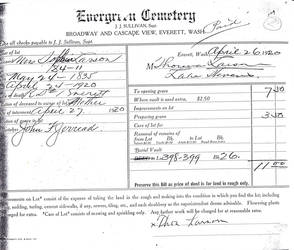 Not long after Federal muster the 2nd, a 3 year western theater unit, departed the state for Benton Barracks, St. Louis, MO where it was mounted and equipped.  After being ordered to Springfield it was trisected into three battalions.  The 2nd and 3rd were sent to Arkansas, then into Tennessee and Mississippi.

The 1st was stationed in MO until December when it went to Arkansas.  It was then moved back to Missouri and, finally, in 9/64 joined the other two battalions at Vicksburg, MS.  An expedition into Arkansas was preceded a detachment engaging a considerable force of the enemy near Yazoo City.

1864 was closed with an expedition into Mississippi under Union Gen. Grierson.  On 5/9/65 a detachment of 330 was sent to Genada, MS where it remained on garrison duty until 6/24 when it rejoined the regiment.  The 2nd then marched into Texas where it remained until final muster.

In January, 1864 when John joined the U.S. cavalry, America had been at war with itself for two and one half years.  For enlisting he received a cash signing bonus or “bounty.”  His unit, the 2nd WI Cav. was active throughout its existence, but according to John’s diary was never in “battle.”  Trooper Larson spent his time guarding prisoners and performing “everyday chores” such as splitting shakes and tending to horses.  Service records do not even indicate Private Larson was ever beset by illness.

Following the war John returned to Wisconsin and Cornelia.  In 1876 the family removed to South Dakota and settled near the community of Bridgewater.  There, according to family records, he was a popular justice of the peace for 20 years.  On 9/7/94 Cornelia died of heart failure.  She was buried in the Bridgewater Cemetery.  On 2/24/98 in Salem, SD John again wed to twice married Ingeborg Sophia Amelia Skallesson/Johnson nee Dahl (b. 5/24/35, Norway).  Sometime between then and 1900 the couple moved to Everett, WA.  While no reason for the move is documented, perhaps it was to be near the family/families of John’s adult children.

John Larson died in Everett, WA on 2/19/20.  Cause of death was listed as the flu and pneumonia.  At death the former Civil War trooper was 84.11 years of age.  Two months later, on 4/14/20, Sophia died of old age.  Both are buried in Everett’s Evergreen Cemetery.