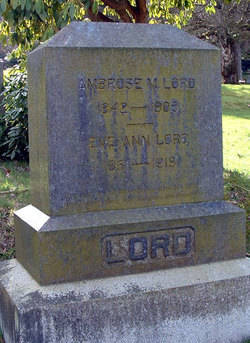 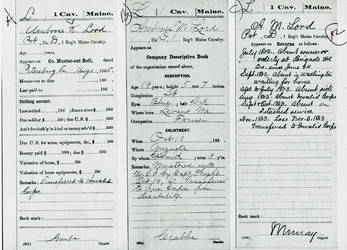 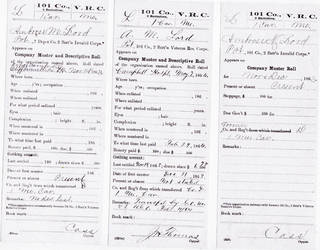 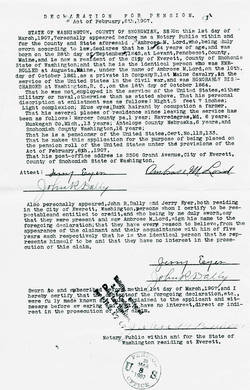 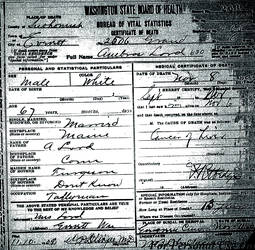 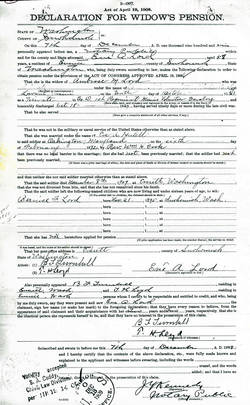 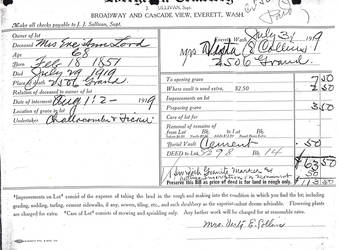 The 1st, a three-year "eastern theater" regiment was organized as a twelve-company (100 men per co.) unit. It remained encamped at Augusta until the spring of 1862 when it moved to Washington, D.C. Cos.  A, D, E, and F lead the way with the remaining companies following thereafter. The men participated in their first severe engagement on 5/23 when, along with two companies of the 1st VT, they charged the enemy at Middletown, VA during Union Gen. Banks' retreat from the Shenandoah Valley. Losses were 176 horses and equipments.

The regiment was reunited in mid '62 at Warrenton, VA and subsequently took part in the battle of Cedar Mtn. It next participated in the retreat of Union Gen. Pope's retreat to Fairfax Ct. House, engaged the Rebels at Brandy Station and was present during Second Bull Run. Combat at Frederick and South Mtn., MD preceded the 9/17 bloody battle of Antietam/Sharpsburg in which two companies participated. By early November the regiment had lost in action or worn out in service over 700 horses.

In late February and early March, 1864 three hundred selected men from the 1st participated in Union Gen. Kilpatrick's raid into Virginia that took them within three miles of Richmond. The famous raid cost the unit 200 horses as well as 93 men killed, wounded or missing. June, 1864 found the 1st in combat at Trevilian Station, VA. In that action, alone, it lost an additional 10 officers and 58 enlisted men.

In August, 1864, seven companies of the 1st D.C. Cavalry were transferred into the 1st ME. These troops, plus reenlisted Maine veterans participated in the final battles of The War.

Total losses for the 1st ME: 15 officers killed or mortally wounded; 3 officers died of disease, accidents,

Initially called the Invalid Corps, the Veteran Reserve Corps was organized on 4/28/63.It was created to make suitable use of meritorious and deserving soldiers rendered unfit for active field service on account of wounds or disease contracted in the line of duty. Assignments were to be primarily in light duty, military or semi-military rolls. The organizational name change came about because of the negative connotations associated with the term “Invalid” and appears to have been made at least by the waning months of 1863.

Those serving in the IC/VRC were initially divided into two classes: Class I = partially disabled solders whose periods of service had not yet expired, so were transferred directly to the Corps to complete their term of enlistment. Class II = soldiers who had been discharged from service on account of wounds, disease or other disabilities, but who were otherwise able to perform light military duty and desired to do so. However, as the War went on it was ordered that men who had served at least two years honorable service in either the Army or Marines might enlist in the Corps without regard to disability.

In all there were 24 regiments in the Corps organized into two battalions: The 1st encompassed those whose disabilities were comparatively slight and who were thus able to hand a musket and do some marching, perform guard or provost (military police) duty.

Their assignments ranged from guard duty at Confederate prison camps at Johnson's Island, OH, Elmira, NY, Pt. Lookout, MD and elsewhere. They also furnished details to the provost marshal to arrest bounty jumpers and enforce the draft. They escorted substitutes, recruits and prisoners to and from the front. They also guarded railroads, did patrol duty in Washington City and even manned the defenses of the city during Confed. Gen. Early's July, 1864 raid.

The 2nd was made up of men whose disabilities were more serious, having perhaps lost limbs or suffered other grave injury. These were commonly employed as cooks, orderlies, nurses or guards in public buildings. From first to last there were from two to three times as many men in the 1st Battalion as in the 2nd.

While there is some question regarding Ambrose M. Lord's birth year, likely it was 1842.  His birthplace was the State of Maine. His actual birth date is not documented.

In late 1861 Ambrose, a 5'7", blue eyed, light complexioned, dark haired farm youth, enlisted in the U.S. Cavalry. Service record entries from 1862 note that from June 25th and at least into or through July he was absent from his company while acting as a courier or orderly at brigade headquarters.  In September of that year he was listed as absent, in Washington, D.C. waiting for a (new) horse.

From April, 1863 onward private Lord's period of service was marred by illness. On 4/13/63 he was noted as sick in Washington, D.C. with an unidentified illness. That illness was later described as chronic orchitis, a swelling and inflammation of one or both testicles generally caused by a bacteria or the virus that causes mumps. As a result of the condition Ambrose, was unfit for field service, but being of good character, was apparently one of the first soldiers to be assigned to the newly formed Invalid – later the Veteran Reserve – Corps.

On 6/14/63 private Lord  was a patient at Campbell General Hospital in Washington, D.C. and considered on detached service to the newly formed Invalid Corps within which he was assigned to the 2nd Battalion  “7th Depot Company.” That organization subsequently became 2nd Battalion Veteran Reserve Corps “101st Company.”  While the 1st Maine muster rolls show him officially transferred to the IC/VRC as of   November or December, 1863, it appears the transfer was not formalized until 2/11/64. Private Lord would remain with the IC/VRC until mustered out of the service because of expiration of his term of enlistment.

After leaving the military it is unclear where Ambrose settled. While he may have returned to Maine, one source indicates he lived in Mercer County, PA for a year before removing to Havre De Grace in Harford County, MD where he lived with the family of older brother Augustus and worked in the timber industry. Whatever the case, circa 1871 he apparently moved to Muskegon, MI where he remained for the next twelve to thirteen years before, in 1884, moving to Antelope Co., NE. The last available notation on his occupation while in Michigan is from 1880 when he was employed as a "lumber inspector."

Between 1890 and 1892 the Lords left Nebraska for Washington State. Why the move was made is not documented, but likely it had to do with the availability of timber in Washington. Nebraska was/is not well known as a timber state!

The Lord's first stop in western Washington was Tacoma, in Pierce County. There he was once again noted as a lumberman. By 1900, however, the family had left Tacoma and moved northward to the Snohomish County city of Everett where a city directory for 1903/1906 noted him being a lumber inspector in the City Engineering Dept. The directory for 1906/1909 listed him as a "tallyman."

Former Civil War trooper Ambrose Lord died 11/8/09 in his Everett home located at 2506 Grand Ave. Cause of death was given as cancer of the liver. His death certificate indicated he had been 67 years of age. Burial was in Everett's Evergreen Cemetery.

At some point, likely in the early 1890s, Ambrose had requested and been granted a U.S. Government disability pension based on ailments which he traced to his period of military service. That request had been granted as, at death, he was receiving a $12 per month stipend.

Following Ambrose's death Eva/Eve remained in Everett. The 1910 census noted her, a widow, still in Grand Avenue residence with her fourteen year old daughter Bernice and an eight year old granddaughter named Ester. Whose child this was is not clear because, by that time, son Garfield was apparently deceased.

Having applied for and received a portion of her late husband's Civil War pension, Eva/Eve remained at the Grand Avenue residence until her passing on 6/1/19. At death she was receiving $25 per month from the U.S. Government. She was buried beside Ambrose.