Eltopia (/El’toupi.e/) is an unincorporated community in Franklin Co. WA, located about 15 miles north of Pasco, along U.S. Route 395. This arid area of South Franklin Co. was originally inhabited by Native Americans, who traded with Lewis & Clark when they passed through the Columbia Basin in 1805.


Eltopia cemetery has been there awhile: earliest birthdate: 1816, latest birthdate: 1975 (1980 for the dog), earliest death date: 1881, latest death date: 2002. It is surrounded by a chain link fence and has lots of overgrown weeds. It looks like town folks do take care of it but not on a full-time basis. 213 burial sites have been found. 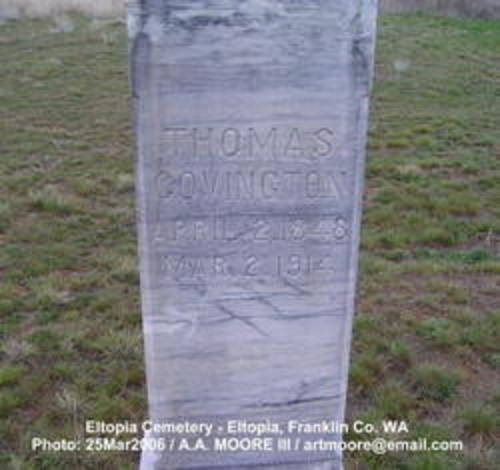