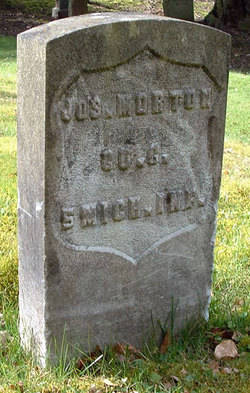 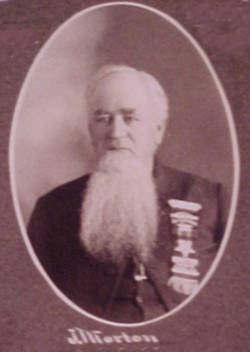 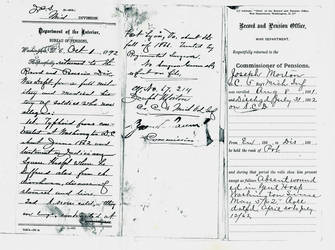 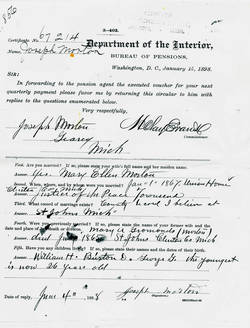 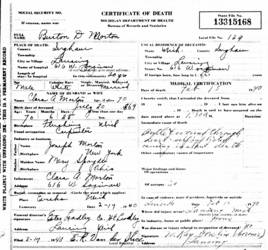 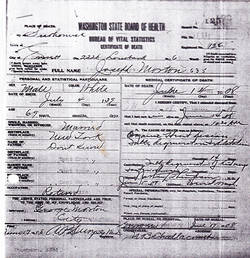 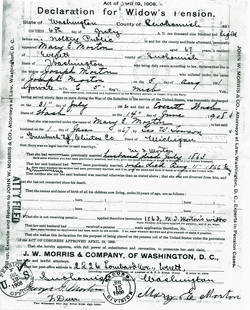 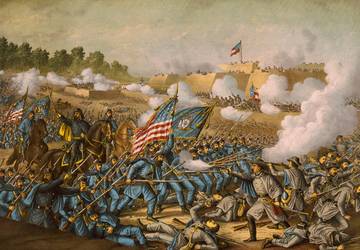 The 5th, a three-year "eastern theatre" regiment, was to spend its entire existence with often "Star Crossed" Union Army of The Potomac. It left Michigan 9/11/61 and spent the winter  at Alexandria, VA  In March, 1862 the regiment travelled to Virginia to participate in what was to come to be known as the Peninsular campaign under Union Gen. George  McClellan. It was at the siege of Yorktown and participated in the May 5th battle of Williamsburg. There the unit charged the enemy's fortified line with the bayonet while under murderous fire. The charge was successful, but at a cost of 34 killed and 119 wounded. The 5th sustained additional severe losses later the same month during the battle of Fair Oaks.  Additional Peninsular actions included the Chicahominy River, the Peach Orchard and Malvern Hill. In all these actions, regimental losses were severe. Later '62 combat situations in Virginia included 2nd Manassas and Chantilly. The year was closed by participation in the disastrous Union defeat at Fredricksburg, VA.

May, 1863 found the 5th at Chancellorsville, VA.  In July it visited Gettysburg, PA!! There, on 7/2 the regiment lost about one half its number in killed/wounded during one hour of fighting approximately one mile beyond the Emmitsburg Pike. Participation in the Mine Run Campaign capped the year.

1864. That May found the 5th entangled in The Wilderness during Union Gen. U.S. Grant's opening battle of The Overland Campaign through Virginia which, ultimately, would bring an end to The Rebellion. One again, the 5th incurred severe losses. Combat involvement continued southward through Spottsylvania Ct. House to the North Anna and Pamunkey Rivers. The regiment had to face more losses during the horrendous Union defeat at Cold Harbor (5/31-6/12) before the river James was crossed and the City of Petersburg invested. During the siege months before that city the 5th was active at the battles of Boydton Plank Road (10/27-28/64) and Hatcher's Run (2/5-7/65) plus numerous other sorties upon the Rebel fortifications.

When the Confederate stronghold of Petersburg fell on 4/2/65 the 5th was one of the first regiments to plant its colors upon the rebel breastworks. Following the retreating enemy westward, the 5th was heavily engaged at Sailor's Creek (4/6) and on the firing line at Appomattox Ct. House the morning of April 9, 1865 when Confed. Gen. R.E. Lee surrendered the Army of Northern Virginia to Union Gen. U.S. Grant. Movement to Washington, D.C. for participation in the May, 1865 Grand Review preceded final muster and discharge.

Joseph Morton was born 7/4/39 in New York State. The likely place of birth was Whitestown in Orieda County as that was where the Morton family was living the following year when the U.S. census was compiled.  Joseph was the second of at least three children from the union of Seth (b. 1796 VT) and Phyla (no nee b. 1802 NY) Morton: Seth, Jr. (b. 1833 NY), Joseph (b. 1839 NY) and George G. (b. 1840 NY). No information is available pertaining to his childhood, formative or teenaged years.

By 1860 Joseph had his own farm in the community of Bingham, Clinton County, Michigan. At some point he had married to Mary A. Grumons (b. 1840 NY). While there are several available spellings for Mary's last name, the one noted herein is the spelling used by 1860 census which shows Alanson & Esther Grumons as living near their daughter Mary A. Morton.

In the summer of 1861 Joseph answered his country's call to duty and joined the U.S. infantry during the early months of the War of The Rebellion. Joining him in Co. "C" of the 5th Michigan infantry was his younger brother, George.

That fall, while at Ft. Lyons, Alexandria, VA Joseph contracted a severe lung disorder for which he was treated in the regimental hospital. Such were his first months of army life.

1862 proved to be even more hazardous the private Morton's health. On 5/5 during the battle of Williamsburg, VA he was wounded in one of his shoulders. The wound proved to be so severe that after more than two months of treatment he was dismissed from the military courtesy of a medical discharge.

Whether or not Joseph returned to Bingham, Michigan after discharge is not documented. It appears; however, that he did return to Clinton County as it was there on 8/11/65 in St. John's that his wife, Mary, died. Apparently the couple had produced no children.

On 1/1/67 Joseph remarried in Union Home, Greenbush Township, Clinton Co., MI. His second wife was Mary Ellen (nee Spayd b. ca. 1841) Morton.  Mary Ellen had previously been married to a man named M.I. Morton who had died in Mississippi of disease 7/63 while in the 8th MI Infantry. The couple apparently had at least one child, a son also identified only as M.I. Available information points to M.I. and Joseph as likely being cousins.

Joseph and Mary Ellen produced three children: William H. (b. 1868), Burton D. (b. 1870) and George H. (b. 1872).  In 1870 Joseph, a farm laborer, and Mary Ellen were in Montrosse, Gennesse Co., MI.  A decade later, Joseph, a farmer, Mary Ellen and their three boys were residing in Seville, Gratiot Co., MI. Their whereabouts for 1890 is not known because most of that year's census was destroyed by fire, but in 1898 they were still in Michigan living in or near the community of Geary.

1900, dawn of a new century. Joseph and Mary Ellen were no longer in Michigan. Instead they were in western Washington State   living in the Pinehurst area near the Snohomish County City of Everett with M.I. Morton and family. When and why they had moved there is not known. Had Joseph's health failed to a degree where he and Mary Ellen needed to move in with her son?

In 1892 Joseph had applied for a U.S. government disability pension based on his years of Civil War soldiering.  He alleged still suffered the effects of typhoid fever contracted in June, 1862 while being treated (for his shoulder wound) at the Judiciary Square Hospital in Washington, D.C. He also claimed the effects of chronic diarrhea, plus stomach and liver problems.  A pension was granted, but the amount of his monthly stipend is not known.

At some point between 1900 and 1908 Joseph and Mary Ellen moved from Pinehurst into the City of Everett.   Documents are not clear whether this residence was their own or that of son, George, but it was there on 6/14/08 that Joseph died of heart failure. Contributing factors were arteriosclerosis and kidney degeneration.  The former Civil War soldier was aged 68 years and eleven months.  Burial was in Everett's Evergreen Cemetery.

After Joseph's death Mary Ellen applied for a continuation of at least a portion of Joseph's pension. Available documents are not clear if her request was granted.

Mary Ellen apparently remained in Everett for about five years before moving north to Stanwood in Skagit County, Washington. In that community she resided with either son M.I. or son George who, by this time had also moved northward.

Mary Ellen Morton died 12/20/17 in Everett, WA. Her Everett Herald obituary noted she had been living in the home of a Mrs. Keen "for the past few years." She was buried beside Joseph. Surviving her were three sons: M.I. and George of Stanwood, WA and Burton D. of Lansing MI.