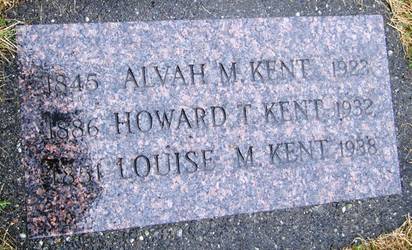 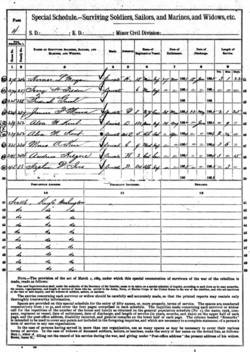 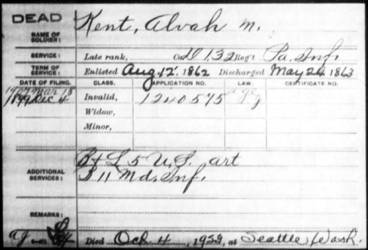 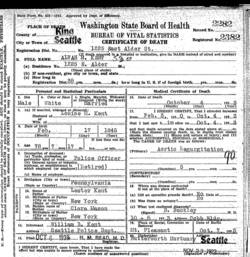 Funeral services will take place from the Butterworth Mortuary, 300 East Pine, Sunday at 3 p.m. All friends and members of above societies invited. Interment at Mount Pleasant.

Alva M. Kent was born in New York, United States, in February 1845. He enlisted in the Civil War Union Army as a Private. On 25 May 1864 he mustered into "B" Company, Maryland 11th Infantry. He mustered out on 29 September 1864. He married Louisa M. Waters, and they had three children: Estella May Kent, William Byron Kent, and Howard Talmadge Kent. Alva died 4 October 1923 in Seattle, King, Washington and was buried in the Mount Pleasant Cemetery in Seattle.