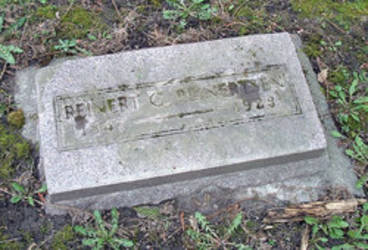 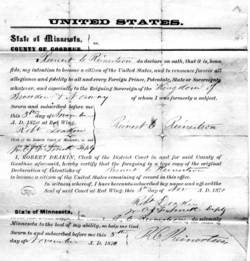 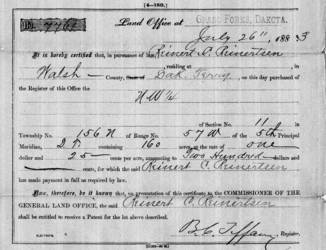 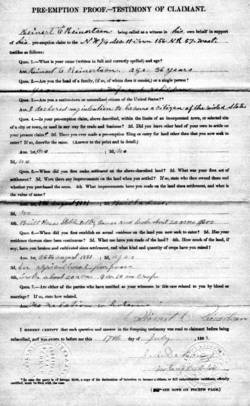 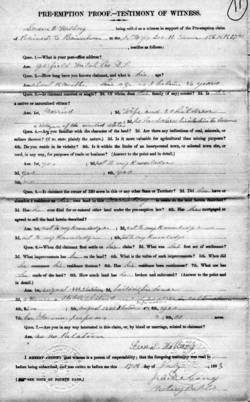 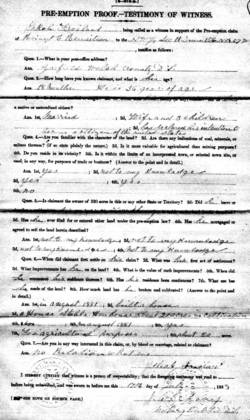 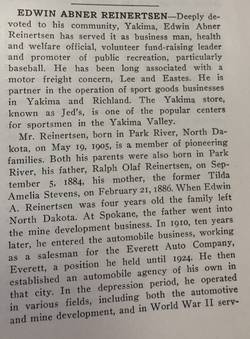 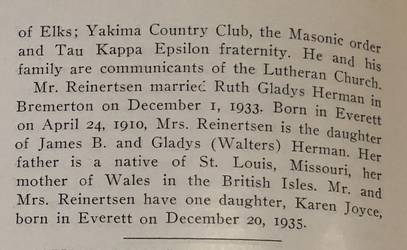 [Note: The original biographical sketch on Mr. Reinertsen's life was written circa 2011. In January, 2018 new, detailed family information was received regarding Reinert and his family. This new information has been incorporated into the profile which follows.]

Reinert Christian Reinertsen is a Civil War enigma. He was born March 15, 1847 in Rogaland Norway. His father was Reinert Andreas Jorgensen (no b.d.). His mother was Caroline Neilsdatter (nee Lodshaven no b.d.) Reinertsen. The name of only one sibling, younger brother Hans Jorgen (b. 4/18/53 Norway), is documented.

Reinert was christened on 4/9/48 in Farsun, Vest-Adger, Norway. In 1910 he reported having come to America in 1862. As he would have been fourteen or fifteen years of age in '62, likely he made the trip from Norway with his  birth family.

The U.S. Census for 1870 found Reinert in Red Wing, Goodhue County, Minnesota. Red Wing is located in the southeast corner of the state along the Minnesota/Wisconsin border.  During that same year,  in Redwing, Mr. Reinertsen became a naturalized U.S. citizen.

As noted by the birthplace of son Ralph/Rolph, by the latter part of 1881 the Reinertsens had quitted Minnesota and resettled in part of the Dakota Territory that would become part of the state of North Dakota. A later, Snohomish County, Washington publication (History Of Snohomish County Vol. II 1926 pg. 758) noted that Reinert and Anna/Ann were "pioneer settlers" of that area and that Ralph/Rolph was the first white child to be born in Walsh County.

In 1883 Reinert staked a homestead claim for he, his wife and children in Park River, Walsh County, Dakota Territory. There, on some undocumented date after the birth of Ragnhild on 8/30/85 Anna/Anne died. No details are available pertaining to her passing.

By 1889 Reinert had remarried to Ulrikka "Rikka" Quam (b. 8/16/68, '69 or'70 Trondheim, Norway). The marriage would result in ten additional Reinertsens entering this world.

The Reinertsens remained in Park River until some date prior to the 11/13/90 birth of daughter Ragna because, as noted above, she was born not in North Dakota, but in Minnesota. Available documentation has it that in Minnesota the Reinertsens settled in or near the community of Crookston located along the far northwest corner of the state along the Minnesota/Dakota border. While in Minnesota Reinert was reportedly in the hardware business. What had drawn them there is not known, but their stay was not lengthy as when son Iver Richard was born (May, 1893), the family was back in Park River, North Dakota. The 1910 census for North Dakota listed Reinert’s occupation as “mine owner.”

In 1926, when the afore mentioned Snohomish County History was published, it noted that Reinert, then 80 years of age, and Rikka were residing in Everett, Snohomish County, Washington. What had drawn them to the Puget Sound area and when is not known, but likely they wanted to be near their adult children and grandchildren living in the region.

While some G.A.R. posts, in later years did admit "honorary" or "associate" members who financially or otherwise aided them, this does not seem likely in Reinert's case. A more plausible hypothesis is that during the war he was a young "citizen soldier" in Minnesota.

Conclusion: Reinert C. Reinertsen, a teenaged “citizen” soldier. Such individuals helped defend the Minnesota frontier  from  hostiles until relieved by Federal troops. While he does not have a U.S. military service record his "service" may have, in the eyes of the G.A.R. members, qualified him to be recognized as one of their comrades. Perhaps, in time more information will turn up to clarify the matter.

Exactly where Reinert's widow, Rikka, resided during the years immediately following her husband's death is not known. Likely, however, she was with one or more of her children who resided in the Puget Sound area. As of 1940 she was with son Arthur and family in Bellevue King County, WA.  Again, a “not known” is where and with whom she may have resided beyond that year. She died 10/15/48 in Seattle, King County, Washington. At the time of this writing, her final resting place has not been documented.