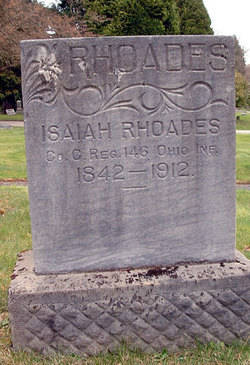 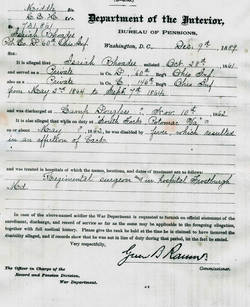 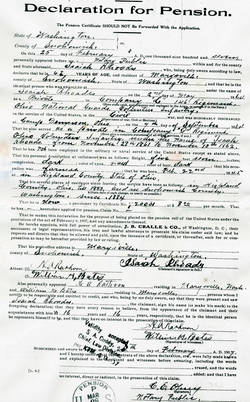 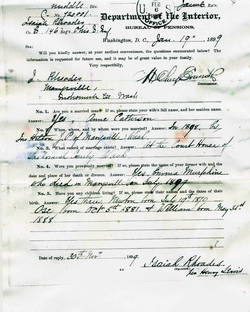 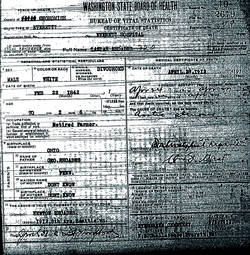 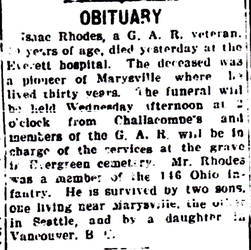 The 60th, a one year regiment, was to spend its period of service in and around Virginia's lower Shenandoah Valley on the northwest fringes of the war's "eastern theatre" In April, 1862 it was sent to the field and joined Union Gen. John C. Fremont's forces at New Creek, in western VA.

During a brisk engagement near Strasburg, VA it behaved like a veteran unit and acquired a good reputation. During the battle of Cross Keys (6/8/62) it was firm and cool under fire, while taking severe losses.

Despite these laurels its last service was the unfortunate affair at Harper's Ferry, VA (9/12-15/62) where, as a consequence of the surrender of the place, the entire membership of the 60th became prisoners of war. It was a sad fate for a strong regiment.  The soldiers of the 60th were paroled and on 11/10/62 mustered out.

* Note: Available documents disclose many alternative spellings for this veteran's first and last name.  For our purposes we have chosen to utilize the spellings as they appear on his Evergreen Cemetery headstone - Isaiah Rhoades.

Young Isaiah's stint with the 60th appears to have passed without serious problem although, years later he would petition for and be granted a government disability pension based on an illness contracted while on duty. According to his telling circa 5/62 while on duty at Ft. Potomac VA he contracted a fever which affected his back. After treatment by the regimental surgeon and in a hospital at Frostburgh, MD he completed his period of enlistment and was mustered out of service with his regiment.

Despite his brush with illness private Rhoades' exposure to army life must have been positive because only a few scant months following discharge from the 60th he re-enlisted. Once more, his regiment the 146th Ohio was a relatively short term unit.  Private Rhoades served this second enlistment without significant, if any serious repercussions.

In 1897 Emma died in the Shoultes area of Marysville. She was buried in the Marysville community cemetery.

The following year Isaiah remarried to a woman identified as Anne Patterson in a civil ceremony that took place in the Snohomish County Court House in Everett, WA.   Her name is all that is known about her. The union must not have lasted as the 1900 census for Shoultes, Marysville, Snohomish County, WA listed Isaiah and son William, but not Anne in the Rhoades household.  Isaiah's death certificate would later note him as: "divorced."

In 1910 the U.S. Census documented Isaiah as still residing in Shoutes/Marysville. By that time, however, farmer was Rhoades was living alone. Interestingly, his marital status in that year was noted as "widower."  Anne, definitely, had not left a lasting impression!

Isaiah Rhoades died 4/28/12 in the Everett, Washington hospital. Cause of death was listed as "aortic stenosis,” an obstruction of blood flow through the heart’s aortic valve.  Contributing was an intestinal problem.

At death the former Civil War soldier was 70.2 years of age. The amount of his monthly pension check at passing is not known. Burial was in Everett’s Evergreen Cemetery.