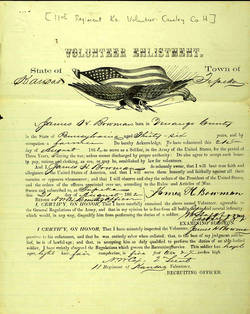 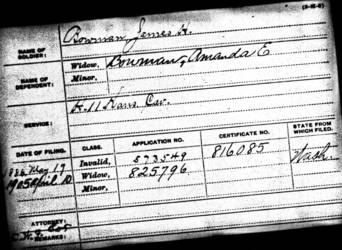 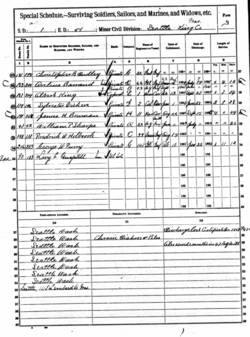 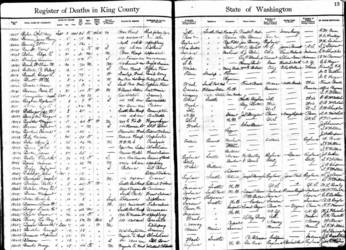 The 11th Kansas was a three year organization that served in the western theater of the American Civil War. Recruited from the counties of Leavenworth, Jefferson, Jackson, Wabaunsee, Pottawatomie, Riley, Davis, Morris, Lyon, Greenwood, Franklin and Anderson it was rendezvoused at Ft. Leavenworth, equipped and ready to take to the field as an infantry regiment in less than a month.

On 10/4/1862 the regiment proceeded to Pea Ridge, AR where it entered into its first field campaign. From there the 11th moved to the western border of Arkansas. In late November it engaged in its first fight with Rebel forces at Cane Hill. During this conflict only a few men were wounded. Regimental losses were much heavier during the bloody, indecisive battle of Prairie Grove, AR (12/7/1862).

Following Prairie Grove the regiment moved to Van Buren on the Arkansas River. This was a hard march during which many men died from exposure. The winter of 1862/'63 was spent near Springfield, MO.

In the latter part of March, 1863 all Kansas troops were ordered to Ft. Scott. From there most went home on thirty day furloughs.

April, 1863 found the 11th at Kansas City. The regiment had been in service for only nine months, but had lost over three hundred men. That meant that it's ranks had been reduced below the minimum number standard of men for an infantry unit. As a result, while at Kansas City the 11th was mounted and its designation changed from infantry to cavalry.

The 11th now entered upon a period of arduous and thankless duties along the Kansas/Missouri border. Fighting by detachments stationed in scattered locations, the unit was often in conflict with enemy bushwhackers. 1863 concluded with the pursuit and expulsion of Confederate forces under Gen. Shelby from central Missouri.

During the spring of 1864 the 11th over 1200 strong, was stationed by detachments throughout Kansas. This assignment pattern continued into August.

The early months of 1865 saw the 11th march to Ft. Laramie, WY and beyond. There the unit guarded the overland telegraph and campaigned against Native American hostiles. The 11th then made the one thousand mile trek back to Ft. Leavenworth for final muster.

James Harvey Bowman was born on 12/22/1825.  The location of his birth was Venango Franklin County, PA.

Sometime during the early 1840s.  James married. His bride was Amanda E.  (nee Hooker b. 7/1827 VA) Bowman. It appears that after marrying the couple settled in Pennsylvania as that was where, in 1843, their first child was born.

Civil war spread across America during the early months of 1861. For his part in the conflict James enlisted in the cavalry on 8/21/62. At that time we get a peek at Private James Bowman the physical being.  The thirty six year old farmer was five foot ten and one half inches in height, had hazel eyes, light hair and a fair complexion. Beyond this, without accessing his military service records about all that we can say about Private Bowman's period of enlistment is that he survived The War and returned to civilian life in Kansas.

Exactly when and why the Bowmans quitted Missouri in favor of Kansas are unknowns. As noted above, in 1870 the U.S. Census found them farming in Shawnee County, KS. Their residential community was Monmouth.

March 1, 1875 has the Bowmans farming, still in Kansas, but in Newton which is located in Harvey County. Five years later, in 1880, they were still residing in Newton, but by that time James noted that he was operating a "private boarding house."

On 5/17/1886 James, then residing in Washington Territory's Seattle, King County area, petitioned the U.S. Government to receive a disability pension based on conditions or ailments which he traced back to his four years and twenty four days of Civil War soldiering. While we do know the petition was granted, without accessing his pension file the details of his monthly stipend remain unknown. Other facts that remain obscured are exactly when and why the Bowmans moved from Kansas to the Puget Sound region of Washington Territory/State.

The U.S. Census for 1890 was destroyed by fire, so we have no census reading for James and family at the down of the nineties. That same year, however, the Special Schedule (of) Surviving Civil War Soldiers, Sailors, Marines and Widows, Etc. identified them as residents of Seattle.

1900 found the Bowmans continuing to be Seattleites. In 1900 James' occupation was noted as "farmer."

We know that widow Amanda Bowman remained in Washington State following James' passing because on 4/5/1905 she petitioned the U.S. Government to continue receiving at least a portion of her late husband's pension stipend. Whether or not that petition was granted is not known because no "certificate" number appears on James' pension card. Again, without pension files the issue cannot be readily resolved.

After the death of James, Amanda continued to reside in Seattle. She died there of senility on 9/1/1905. She was/is buried at Mt. Pleasant.