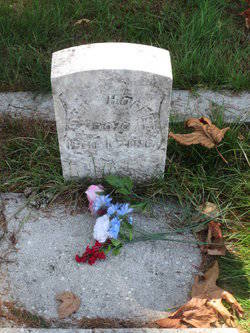 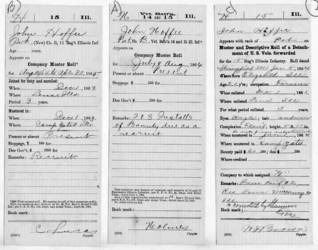 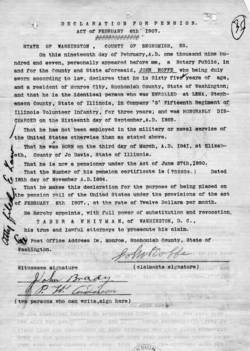 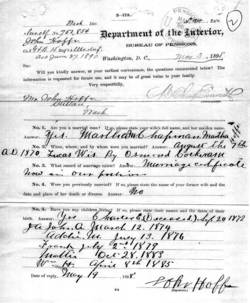 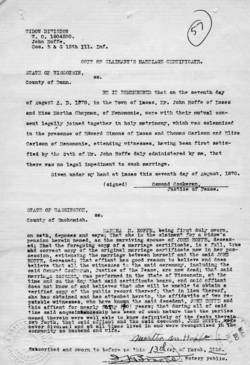 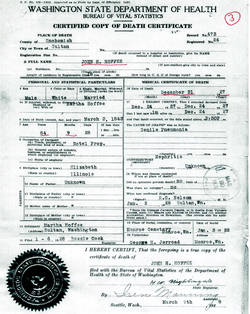 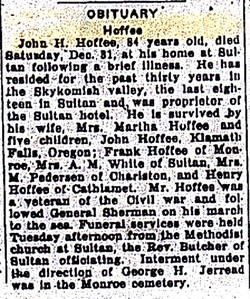 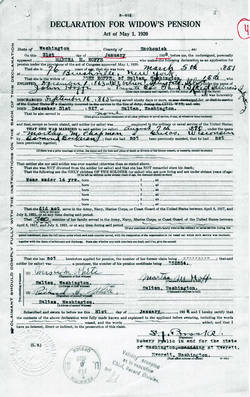 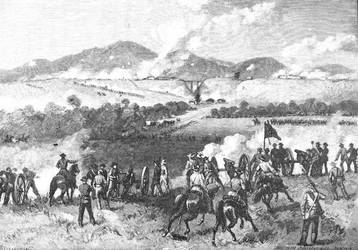 The 15th Illinois, a three year "western theater" infantry unit was raised under the "Ten Regiment Act" in the state's First Congressional District. It was one of the original Illinois regiments to be sworn into Federal service.

After electing officers and drilling for some time the unit moved to Alton, IL where it remained for six weeks of additional instruction. In July it left that location via steamboat and thence by rail for Mexico, Missouri. After moving once again, this time to Jefferson Barracks, St. Louis, MO, the 15th moved by rail to Rolla, MO to cover Union Gen. Sigel's retreat from the 8/10/61 battle of Wilson's Creek. The regiment continued to move throughout Missouri for the remainder of the year before going into winter quarters at Otterville on 12/26/61.

February, 1862 found the 15th arriving at Ft. Donelson, TN in time to take part in the surrender of Rebel troops there. It next moved to Ft. Henry in that same state before travelling to Pittsburg Landing/Shiloh, TN where it helped form the first line of battle during the bloody fighting of both April 6th and the 7th.  For more than an hour during day one of the fighting the regiment held its position in what the Confederates dubbed "The Hornet's Nest" before being forced to grudgingly withdraw to a new position. On day two, the 7th, the unit participated in the final charge lead by Union Gen. U.S. Grant himself. At the end of the fighting the 15th had lost 250 killed and wounded. There are more "known dead" of this regiment buried in the Pittsburg Landing National Cemetery than any other Federal regiment. Others of the unit later died of their wounds in hospitals.

After Pittsburg Landing/Shiloh the 15th marched about Mississippi for a time before stopping in Memphis, TN in July. It remained there to be rested and refitted until September when it moved to Bolivar, TN and from there, in October, to Corinth, MS to aid Federal forces under Union Gen. Rosecrans who were entrapped by the enemy.  During those movements Gen. Grant's orders were "relieve General Rosecrans.....or perish." The subsequent fighting, although successful for the Unionists, cost the 15th over fifty men killed and wounded.

1863 found the 15th actively involved in the assaults upon and siege of Vicksburg, MS. Upon the fall of that citadel in early July, the regiment moved about Mississippi until returning to the vicinity of Vicksburg where it went into winter quarters.

In February, 1864, the 15th moved, again, throughout Mississippi, this time under the command of Union Gen. W.T. Sherman. In March, the unit joined Sherman on his movement toward Atlanta, GA. During this period the regiment was engaged in heavy fighting at Allatona Pass.


Sherman's forces continued to press toward Atlanta, but as of 7/1/64 less than 3/4 of both the 14th and 15th Illinois infantry regiments had re-enlisted as veteran volunteers. As such, the remnants of both were consolidated into a single unit. However, as each of the regiments had a distinguished fighting career and did not want to lose their respective identities, the new organization was dubbed the "The Veteran Battalion 14th and 15th Infantry Volunteers." Numbering 625 men, this unit was stationed at Ackworth, Big Shanty and Marietta, GA for some time. Rebel General Hood struck the organization at Big Shanty and Ackworth capturing quite a number of the command. The remaining troops then fell back to Marietta where they were mounted and acted as scouts for Union Gen. Wm. Vandever before marching to the sea with the forces of Sherman.,

After the capture of Savannah, the battalion proceeded to Beaufort, SC and then to the Salkehatchie river, participating in the various skirmishes in that vicinity - Columbia, SC, Fayetteville, NC and the battle of Bentonville - losing a number wounded.

The battalion then moved to Goldsboro and Raleigh, NC. At the latter place enough new recruits were received to return both the 14th and 15th to regimental status.


After returning to regimental strength in the spring of 1865 the 15th remained under General Sherman in the Carolinas campaign which ended with the surrender of 90,000 plus troops under Confed. Gen. Joseph Johnston in March, l865.

The War being over except on paper, the 15th next marched to Washington, D.C. where it took part in the 5/24 Grand Review.  It then remained there two weeks before proceeding to Louisville, KY for another two weeks before being taken by steamer to St. Louis.  From St. Louis the 15th moved to Ft. Leavenworth, KS arriving there on 7/1/65 to join the army serving on the plains.

Having reached Ft. Kearney, KS on 8/14 the regiment was ordered on 9/1/65 to return to Ft. Leavenworth. It was then mustered out and placed en route to Springfield, IL for final payment and discharge.

Based on available documentation, details pertaining to John H. Hoffe's origins - surname likely pronounced like coffee - are, at best, sketchy. U.S. Census data note his year of birth anywhere between 1841 and 1844. His military records, however, indicate he was twenty years of age when he entered the service in December, 1863. This would make his birth year 1843. Another source notes his month of birth being March. Therefore, for our purposes we will adopt March, 1843 as his month and year of birth. His place of origin was apparently Elizabeth, Davis County, IL.

In terms of his birth family, nothing is known beyond a notation that both his parents were born in Pennsylvania. No documentation has been found pertaining to possible siblings, his childhood, formative or teenaged years.

Farmer John Hoffe enlisted in the U.S. Army in December, 1863. Likely inducement for the move was receipt of a $300 enlistment bonus or "bounty" which was to be paid incrementally beyond receipt of an initial $60 payment. At enrollment John's vital statistics were as follows: Age - 20 years; Height - 5'11"; Complexion - florid; Eyes - hazel; Hair - auburn. His place of residence was listed as Lena, Stephenson County, IL. Company "G” of which he was a member was raised in his home county.  Throughout his period of service military muster rolls would reflect Hoffe's surname not only as spelled herein, but as Hoffee, Huffe, Hoffer and Huffee.

Private Hoffe first joined his regiment as a new recruit on 1/19/64. Thereafter, on 4/27 he was listed as "absent with leave. River expeditionary forces." (This was likely the regiment's move - from Mississippi - up the Tennessee River to Clifton, thence to Huntersville, AL and from there to Decatur and Rome, GA, en-route to join Union Gen. W.T. Sherman's forces at Kingston as they moved toward Atlanta.)

All apparently went well for private Hoffe through the end of the War (officially) in May, 1865. He did, however, make a company change during this period - May/June - as, with the fighting over and Federal forces downsizing toward final muster, his company "G" became part of a new "company B."

It was during this same June/July period his good service record experienced a "hiccup" for which he was brought before a court martial board at Ft. Leavenworth, KS on the charge of being absent without leave. According to available records on July 27th, (one source indicates June, 25th) private Hoffe went absent without leave (AWOL) from the U.S. Army.

During the court martial, which was held on 10/14/65, he noted that due to an illness at home he had requested a pass, but when same was denied he took it upon himself to return home (perhaps his parents' home as he was not married at the time) until the crisis had passed. He then returned to his regiment arriving there on August 28th. Likely, as his regiment was being mustered out of existence, he was being held in the guard house awaiting his hearing. When that hearing did come he was found guilty, but, the war being over, was sentenced only to loss of pay and any allowances that may have been accrued during his period of absence. The AWOL charge was then removed from his record and he was ordered to report to the nearest mustering officer to be mustered out of Federal Service.

With army life behind him, exactly where John Hoffe settled into civilian life is not documented. Indications are that he moved to Yellow Medicine County, MN and perhaps returned to farming, but precisely when he arrived there is not known. However, he was definitely living in or near the community of Minnesota Falls, Yellow Medicine Co., MN at the time of the 1880 U.S. Census. Available indicators point toward him remaining in Minnesota Falls - with the possible exception of a period circa 1885 when he and his family are shown to be residing in Osakis, Douglas County, MN - throughout his tenure in Minnesota which lasted until sometime between post-1895 and 1898 when the Hoffe name shows up in the Puget Sound region of Washington State. In 1900 they were residing in or near the community of Monroe in Snohomish County.

While these seven are the only children named in pension documents, in 1910 Martha would note to the census bureau that she had given birth to eight children, five of whom were still living. Obviously, one child's name is lost in the mists of time.

The early 1880s proved to be not physically friendly to John. Firstly, sometime during the winter of 1880/'81 while loading a log onto a sleigh in Minnesota Falls, he injured one of his knees. Secondly, approximately two years later, 1883 he cut his right kneecap joint with an axe and, apparently at the same time, severed a (leg) vein running down to the ball of his foot. The latter later resulted in his suffering from an open sore under the big toe of the injured leg. Based on these injuries, in March, 1892 John was granted a $6 per month U.S. Government disability pension. It appears, however, that in June, 1895 the pension was revoked because the precipitating injuries did not date back to his period of Civil War soldiering as new pension rules required.

In 1898, in Seattle, Washington Jon re-applied for pension benefits. Apparently the request was denied because he again re-applied on 6/18/04. On this occasion he was requested to appear before a board of surgeons in Seattle, WA. As a result of the ensuing medical evaluation, the board, on 9/14, issued a report stating that John suffered from floating cartilage (he called it "cartridge") in his right knee, but there was no indication of "traumatization." Whether or not a pension was granted or rejected at that time is not known, but by 1907 he was pensioned at the rate of $12 per month. Despite additional struggles with the U.S. Pension bureau such as having to prove that he was seventy one years of age in 1911, his stipend continued to increase to where he was receiving $65 per month at the time of his death.

After moving from Minnesota to Washington - not only is exactly when they made the move not known, but why the move was made and where they initially settled is also not documented. As previously indicated the Hoffe name first shows up Seattle relating to his pension request. Did the Hoffe's initially live in the Seattle/King County before moving northward to Snohomish County? We will probably never know. Once in Snohomish County the Hoffe's were known to be in Monroe in 1900, where John was farming. 1910, ten years later, the Hoffe's have moved slightly east of Monroe along the Sultan River in Snohomish County. At that time John was noted as being a "merchant."

In 1920 John and Martha were specifically listed as living in the community of Snohomish in Snohomish County. By this time John was apparently retired as he claimed to have "no occupation." Also in the home that year were daughter Addie May white and a child, likely, her twelve year old son.

Former Civil War soldier John H. Hoffe died in Sultan, Washington on 12/31/27. Cause of death was senile pneumonia. He was buried in the IOOF Cemetery in Monroe.

In early 1928, Martha applied for and was granted $30 per month of her late husband's military disability pension. She remained in Sultan and died there on 3/29/36. She was buried beside John in Monroe.