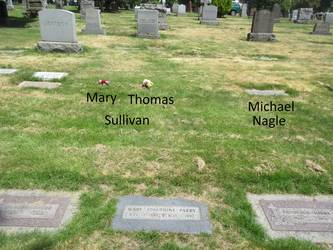 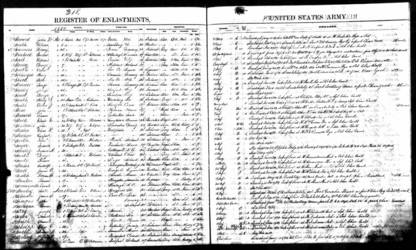 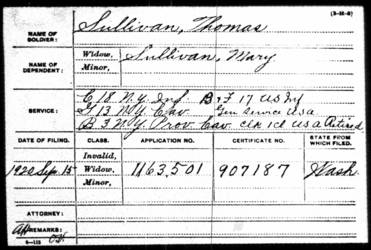 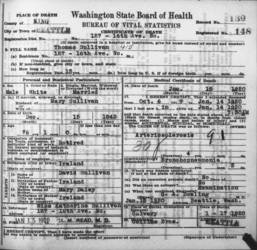 The 18th New York, also known as the "New York State Rifles" was a two year infantry regiment. During the American Civil War (ACW) it saw service in that conflict's eastern theater.

Leaving the state on 6/18/1861 the unit travelled to Washington, D.C. From there it was ordered across the Potomac River to Alexandria, VA. That July it moved with the Federal army to Manassas, VA where, during the battle of 1st Bull Run (7/16), it provided support for artillery.

Returning to Alexandria in August, the 18th went into camp near Fairfax Seminary. While there it was involved in the construction of Fort Ward, one of the many defensive works surrounding and protecting Washington City.

During the spring of 1862 the 18th participated in Union Gen. McClellan's Virginia Peninsula Campaign. Its losses were heaviest during the battle of Gaines' Mill (6/27).

* The 18th was one of a scant few units that actually lost more enlisted men in combat than it did to disease, etc.

The 13th New York was a three year cavalry regiment. Its term of service was within the eastern theater of the American Civil War (ACW).

The unit was formed in June, 1863 by bringing together a number of incomplete cavalry organizations recruited from the counties of New York, Albany, St. Lawrence, Franklin and Erie.

Six companies of the unit left New York State in June, 1863. Two others followed in August with the balance of the regiment departing during the winter of 1862/'63.

During hard fighting at Aldie, VA (6/17/1863), the 13th lost twenty four killed, wounded and missing. The unit then saw action during the Gettysburg, PA campaign.

After Gettysburg, the 13th was assigned to the defenses of Washington, D.C. It completed its tenure, there.

The War ended, in August, 1865 the 13th was combined with the 16th New York Cavalry. The new organization was dubbed the 3rd Provisional Regiment, New York Volunteer Cavalry. Not long thereafter it was mustered out of Federal service and into the history books.

The 17th United State Regular Army Infantry Regiment of the American Civil War (ACW) era was created and mustered into Federal service in Portland, ME during the spring and summer of 1861. Its entire period of service was spent with the Army of the Potomac in the ACW's eastern theater.

In March, 1862 the regiment moved to Washington, D.C. Shortly thereafter it marched southward into Virginia.

May, 1864 saw the 17th moving south into Virginia on Union Gen. U.S. Grant's Overland Campaign. Actions during '64 included all of the bloody encounters that campaign entailed as Federal forces moved upon and laid siege to Petersburg and Richmond.

David Sullivan (b. Ireland) was Thomas' father. Mary (nee Daley b. Ireland) was his mother. There is no documental information regarding possible siblings.

Thomas reportedly came to America from Ireland during 1860. That having been said, the first information pertaining to him in The States comes from his 1861 enlistment in the U.S. Volunteer Army's 18th New York Infantry. This was the first of his several army enlistments.

When Private Sullivan joined the 18th we catch a glimpse of Thomas Sullivan the physical man. He was 5'7" tall, had grey eyes, fair hair and a fair complexion.

Soldier Sullivan moved through several volunteer military organizations during the American Civil War (ACW) rising to the rank of sergeant before being reduced back to the rank of private once again. The War ended, he then enlisted in a regular army regiment.

Post ACW, during most of his employment years, Thomas appears to have been a professional, non-commissioned soldier or at least a civilian military employee in the U.S. Government's General Services Administration and/or as a regimental clerk. Military service records will have to be obtained to chronical his career.

In the year 1877 Thomas wed. His bride was Mary Theresa Costello. Mary had been born 3/17/1852 in County Clare, Ireland. When she had come to American and how, when and where the two met are unknowns.

1905. Thomas and family were in Minnesota. Five years later, however, in 1910 they were in Seattle King County, WA. What had drawn them to the Puget Sound region of the Pacific Northwest and exactly when they had arrived here are unknowns. It can be surmised, however, that it was not employment that drew Thomas here as in the 1910 U.S. Census he listed his occupation as "gardener."

Thomas lived out the remainder of his years in Seattle. He died there on 1/15/1920. Cause of death was noted as "arteriosclerosis" (hardening of the arteries) for which he had been treated by a physician beginning in early October of 1919. Burial was/is in Seattle's Roman Catholic Calvary Cemetery.

Following Thomas' death Mary applied to the U.S. Government for a widow's pension based on Thomas' days of Civil War soldiering and his other governmental service. The pension request was granted, but without accessing her pension files the details of her monthly financial stipend remain unknown.