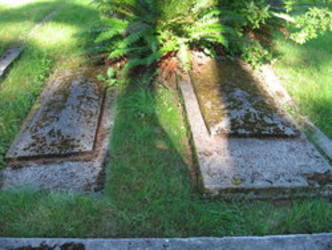 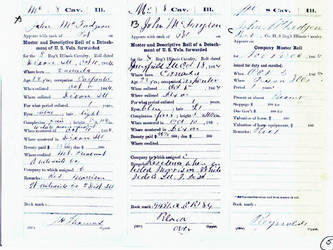 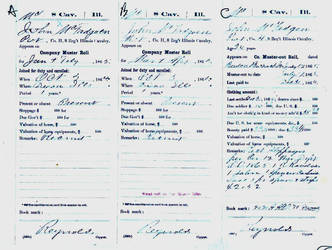 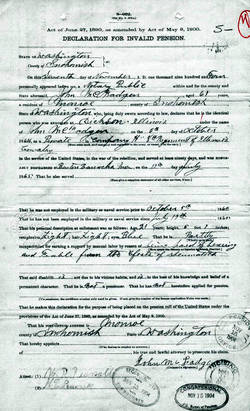 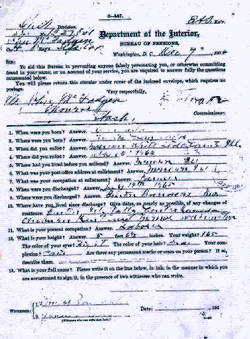 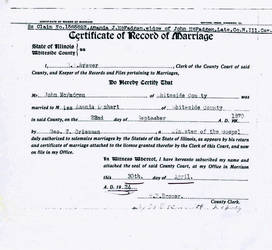 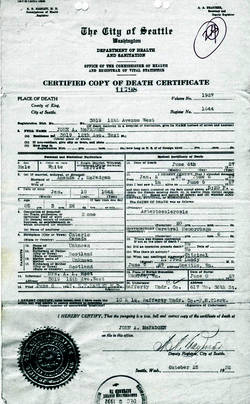 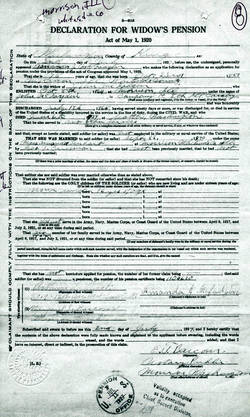 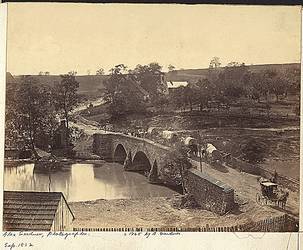 The 8th, a three year eastern theatre regiment left Illinois in mid-October, 1861 for Washington City and thence to Warrenton in northern Virginia where it was to remain until April 12, 1862. During this stay it drove enemy troops back across the Rappahannock River on four separate occasions.

Mid '62 found the unit on the Peninsula with Union Gen. George B. McClellan., Actions during this campaign included Mechanicsville, Gaines Mill, Dispatch Station and Malvern Hill. During the second occupation of the latter hill the 8th, with Benson's Battery, bore the brunt of the fight.

September of the same year found the 8th in Maryland where it was engaged at Poolesville, Monocacy Church, Barnesville, Sugar Loaf Mountain, Middleton, South Mountain and Booneville. Then, on September 17th came the bloody battle of Antietam/Sharpsburg. October found troopers of the 8th in a severe fight with the Rebs during a reconnaissance to Martinsburg, VA. Next came engagements at Philomont, Uniontown, Upperville, Barbee's crossroads, Little Washington and Amissville. The year was capped off with squadrons of the regiment guarding the city of Fredericksburg during the Federal evacuation.

The 8th is credited with initiating the veteran volunteer regimental enlistment policy as early as mid '63. Paperwork, however, put off the actual reenlistment date for the vets until 1/1/64.

Veteran furloughs behind it, 1864 found the 8th scouting in northern Virginia and assigned to provost (military police) duty in Washington City. While stationed at Washington it had the pleasure of meeting the forces of Confed. Gen. Jubal A. Early during their famous mid-year raid on the Federal capital. The regiment then remained at Washington until final muster and discharge.

John A. McFadgen was born in Gwelth, a community near Toronto, Ontario, Canada. Available documentation is unclear in terms of his birth month.  One source indicates the month was January, while another indicates February. Consistently noted is the date being the 10th.

John’s birth year is also in question.  Age at the time of enlistment in the American Civil War military looks to the year as being 1842.  In later life, however, Mr. McFadgen would note that his father told him he was born on February 10th of 1844. His cemetery headstone would reflect the year as 1841.  For our purposes we will adopt the 1842 year because of the military service records and his obituary.

Very little is known about John's nuclear family. No names are available for his parents.  However, it is written that both were from Scotland.  His mother reportedly died when he was eight years of age.  His father was allegedly killed by a falling tree when he was sixteen. It is not known if he had any siblings.

Nothing is known about John's childhood, formative or teenaged years. There is one documental entry noting that he moved from his native Canada to America in 1863.

The first paperwork of note pertaining to John comes from October 5, 1864 when he - a resident of Morrison, Whiteside Co., IL - enlisted in the U.S. cavalry for one year. For enlisting it appears he was paid a $100 bonus or "bounty," $33.33 of which was paid up front. The balance was to be collected later.

Following enlistment the new trooper was received for induction at the cavalry rendezvous depot located at Camp Butler located near Springfield, IL.  From there he was sent to the camp of the 8th Illinois cavalry, which was likely in the State of Virginia.  This necessitated Private McFadgen travelling from Illinois through Washington, D.C. where he was received at the Soldier's Rest station on 10/23/64 before moving on to join his unit.

Once on active duty Private McFadgen's service period appears to have been fairly benign.  While there is some indication that at one point he may have been medically treated for an intermittent fever, all other notations indicate that recruit McFadgen was always present for duty. There is no indication, however, whether that "duty" ever exposed him to combat.

Trooper McFadgen was separated from the service with his unit on 7/17/65 at Benton Barracks located near St. Louis, MO. Notations at the time were that he had been last paid and his clothing account last settled on 12/31/64.  He was, for some unknown reason owed $16 and some odd cents as well as $33.33 of his enlistment bounty. Pay stoppages appear to have been made to cover the following lost items: 1 rem(ington) revolver, 1 saber, 1spencer carbine and 1 pair spurs and straps. Total = $21.52. If Private McFadgen still had enlistment bounty monies coming, likely most were eaten up by the losses...........

While it is not specified in available papers, it appears most likely that former Civil War soldier John McFadgen returned to Morrison in Whiteside County after being mustered out of the military.  It was there that the U.S. Census of 1870 found him working on the farm of one Mat Thompson.

In January, 1913 John stated that since leaving the service he had resided in Illinois, Kansas and Washington. When and why the transition came between Illinois and Kansas is not known.  Based on available information, however, the McFadgens moved from Kansas to Washington circa 1887.Again, the "why" of the move is not known.  Further, with most of the U.S. Census for 1890 having been destroyed by fire, it is impossible to more specifically pinpoint the date.

Initial settlement for the McFadgens in Washington appears to have been in or near the King County community of Kent, located in the Puget Sound area of western Washington.  It was there the census for 1900 found the family - John, Amanda, John W., Carrie and Lulu - residing.  At the time, the elder John was employed in a shingle mill.

1910. Another census. John A. was still employed in a shingle mill, but by this time the McFadgens - John, Amanda, John W. and Lulu had moved northward to the Snohomish County community of Monroe.  If details gleaned from John A.'s later obituary are to be taken as fact, the family made that northward move sometime around 1901.

In 1904 John A. McFadgen applied for and was granted a U.S. Government invalid pension based on ailments which traced back to his days of Civil War soldiering. Initiated at $6 per month, by the time of his passing the stipend would grow to a whopping $90 per month - a princely sum in that day and age.

The census for 1920 found John and Amanda still in Monroe, but in the years immediately following his physical and mental health deteriorated to the point where John needed constant attendance care. This resulted in the couple moving from Monroe to the Washington soldier's home located in Retsil, Kitsap County, WA. This arrangement appears to have lasted until sometime in 1924 when the couple moved from there to the Seattle, King County home of married daughter Carrie. It was there - 3819 12th Ave W - that the old soldier died on June 6, 1927.

The Everett Herald newspaper for 6/10/27 printed the following obituary: John A. McFadgen was born at Gwelth, Canada, 2/10/42 and died at the home of his daughter, Mrs. A.L. Root, Seattle Monday at 5 o'clock in the afternoon, June 6, 1927 at the age of 85 years.  At the age of 19 John McFadgen enlisted in Co. E 8th Illinois cavalry at Morrison Illinois and one of his chief delights in later years was reviewing scenes of events In the Civil War. In September 1872 he was married to miss Amanda Lenhart at Morrison, Illinois, and this worthy couple lived together 50 years; celebrating their golden wedding in Monroe.  Three children blessed this union- Wilson McFadgen of Eugene, Oregon, Mrs. Carrie Root of Seattle, and Lulu McFadgen who passed away during the year 1920.  The McFadden’s lived in Washington about 40 years, coming to Monroe from Kent 26 years ago and for 20 years were members of the M.E. church.   Mr. McFadgen operated a creamery for a few years and for many years was a faithful employee of August Holmquist. (Note: Mr.Holmquist owned and operated a shingle mill in Monroe)  When his health failed a few years ago he and Mrs. McFadgen went to the Soldier's home at Retsil, but for the past three years they have lived at the home of their daughter, Mrs. Root, who has cared for them with tender devotion.  Mr. McFadgen leaves to mourn his loss the widow, son and daughter, five grandchildren and four great grandchildren. Funeral services were held Wednesday morning at the Evans undertaking parlor in Seattle, Rev. Adams pastor of the Asbury M.E. church officiating.  Miss Myrtle Huffendick sang his favorite hymns "Lead kindly Light" and "Abide with Me," with harp accompaniment.  Many beautiful flowers were in evidence. Interment was in the Monroe cemetery where our beloved friend rests beside his daughter Lulu.

Following John's passing Amanda applied for and was granted a portion of her late husband's Civil War-related pension. She was last paid $40 per monthon June 3, 1933. Amanda died at the home of daughter Carrie on June 7, 1933.  She was buried in the Monroe I.O.O.F Cemetery beside John.