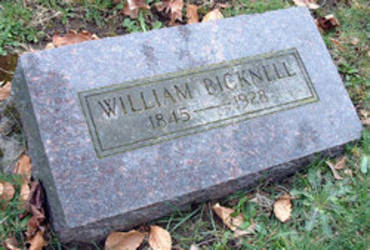 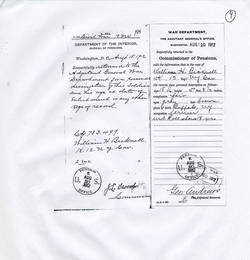 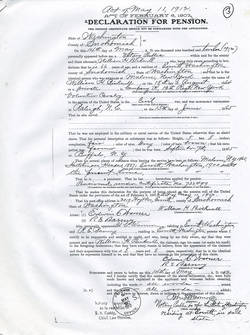 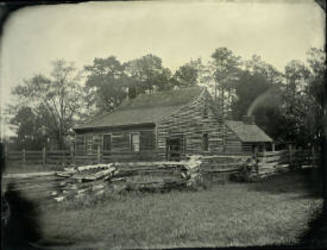 Known as the "Ira Harris Guard", the 12th, a 3 year regiment, was recruited from twelve counties surrounding New York City.  It left the state by detachments from May to December, 1863 and was to spend its entire term of existence in the Department of North Carolina.

The regiment received its baptism by fire in July, 1863 when it shared in Union Gen. J.G. Foster's raid to Turbora. During the raid losses for the regiment were 4 killed, 25 wounded and 25 missing.  Additional losses were sustained in August at Washington.

In February, 1864 the 12th assisted in repelling an enemy attack on New Berne while, in April, it sustained its heaviest loss (8 killed/mortally wounded, 11 wounded and 102 captured) in the defence of Plymouth. Many of those captured subsequently perished at Camp Sumter, the Confederate prison camp located in Andersonville, GA. That number of deaths is unusually high for one regiment. The unit completed the year participating in numerous raids throughout the state.

In March, 1865 the 12th led the advance of Union Gen. Schofield's column which was moving to join forces with Union Gen. W.T. Sherman's armies marching northward from Savannah, GA through the Carolinas. During this movement it lost 62 men killed, wounded and missing in a battle fought at Wise Forks, NC. Total regimental losses during the Carolinas Campaign were 134 killed, wounded and missing.

After the surrender of Confed. Joseph E. Johnston's 90,000 plus troops at Bennett Farm, Orange Co, NC on April 26, 1865 the 12th was employed on guard duty in the Tar River region. It was mustered out on 7/19/65 at Raleigh, NC. As it faded into history the unit left behind two records worthy of note; firstly, it had the unfortunate distinction of losing an unusually high number of men - 1 officer and 84 enlisted men - in enemy prison camps; secondly, few, if any, other regiments in any branch of the Union armed forces during the American Civil War served their entire term of service in one, relatively small, geographic region of conflict.

In August, 1864 the 5'8", fair complexioned William joined the U.S. Army. Likely he received an enlistment bonus or "bounty." His term of military service appears to have been without illness or injury and, after only serving 10 months of a three year enlistment, with the rebellion ended, he returned to farm life in Malone, NY. On 10/10/72 William married Sarah F. Hyde. The couple's first child, Bertha C. was born in 1873 (NY). In 1876 their second daughter, Winifred "Winnie" was born (NY).

The 1880 U.S. census showed William, Sarah, Bertha and Winifred still living in Malone, NY. However, sometime between 1880 and 1887 Sarah apparently died, an incident which appears to have prompted William to move to Hutchison, Reno Co., KS where he lived with daughter Bertha who was likely a school teacher. Daughter Winnie also resided in the same county. Although no census data is available for 1890, in 1891 he was still in Hutchison. At that time he applied for a U.S. Government pension based on his Civil War soldiering claiming total inability to earn a living because of a hernia and catarrh (infection) of the head and throat.

William reportedly moved to Everett, WA in 1902. Why, is not known. As of 1910 he was listed as head of a household which also included daughters Bertha and Winnifred. His occupation was noted a (warehouse) labourer!!

In 1920 William, then 74 years of age was residing in the Old Soldier's home in Orting, WA. How long he remained there is not known, but by 1928 he was once again residing with his unmarried daughter, Bertha, in Snohomish.  It was there on May 6th that after a period of failing health, 82 year old former Civil War Soldier William Bicknell died of myocarditis, inflammation of the Myocardium, the muscular part of the heart.  Now married to David Daniels and residing in Everett, Winnifred's husband notified authorities of the old soldier's passing.