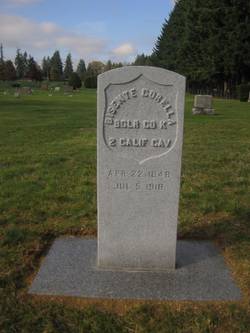 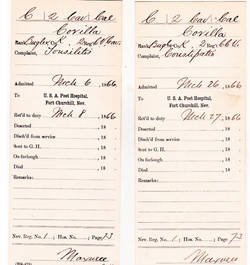 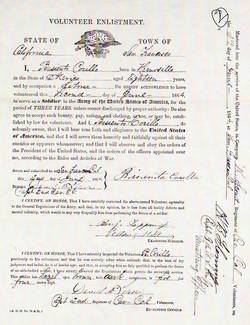 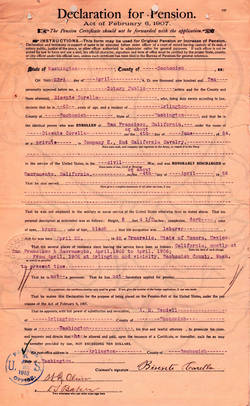 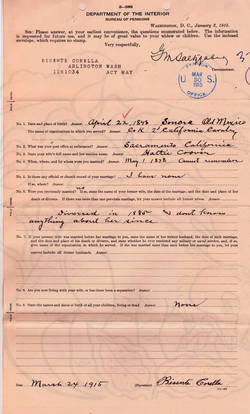 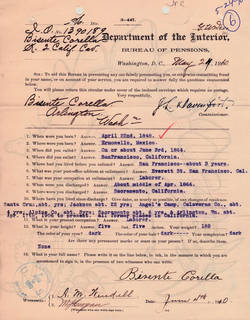 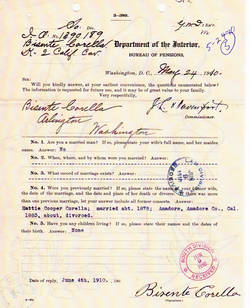 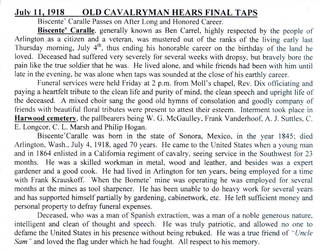 This three year "western" regiment was formed following President Abraham Lincoln's second call for troops to defend the Union. Principally recruited from San Francisco, Sacramento and Santa Cruz, the enlistees rendezvoused at San Francisco's Camp Alert. After completion of its organization and a short period of drill and discipline the unit was stationed by companies at various posts in California, Nevada, Utah and New Mexico. During its term of existence the regiment marched thousands of miles and skirmished with Indians from New Mexico to Oregon protecting immigrants moving westward as well as miners moving toward the gold fields of Washington and Dakota territories. During these movements the regiment often suffered severely from exposure to the severe weather conditions of the western U.S. winters and summers.

Upon the expiration of their terms of service original members of the 2nd were mustered out during the fall of 1864. The regiment, then – re-enlisted veterans and new recruits - was mustered out from February to the end of July, 1866. As far as can be determined from available documentation, the 2nd never fired a shot at Johnny Reb.

Bisente' Caralle Passes On After Long an Honored Career

Biscente' Caralle, generally known as Ben Carrel, highly respected by the people of Arlington as a citizen and a veteran, was mustered out of his ranks of the living early last Thursday morning, July 4th, thus ending his honorable career on the birthday  of the land he loved.  Deceased had suffered very severely for several weeks with dropsy, but bravely bore he pain like the true soldier he was. He lived alone, and while friends had been with him until late in the evening, he was alone when taps was sounded at the close of his earthly career.

Funeral services were held Friday at 2 p.m. from Moll's Chapel, Rev. Dix officiating and paying a heartfelt tribute to the clean life and purity of mind, the clean speech and upright life of the deceased.  A mixed choir sang the good old hymns of consolation and goodly company of friends with beautiful floral tributes were preset to attest their esteem.  Interment took place in Harwood Cemetery, the pallbearers being W.G. McGaulley, Frank Vanderhoof, A.J. Suttles, C. E. Longcor, C.L. Marsh and Philip Hogan.

Bisente' Carelle was born in the state of Sonora, Mexico, in the year 1845; died Arlington, Wash. July 4, 1918, aged 70 years. He came to the United States when a young man and in 1864 enlisted in a California regiment of cavalry, seeing service in the Southwest for 23 months.  He was a skilled workman in metal, wood and leather, and besides was an expert gardener and good cook.  He had lived in Arlington for ten years, being employed for a time with Frank Krauskoff. When the Bornete' mine was operating he was employed for several months at the mines as a tool sharpener. He was unable to do heavy work for several years and has supported himself partially by gardening, cabinetwork, etc. He left sufficient money and personal property to defray funeral expenses.

Deceased, who was a man of Spanish extraction, was a man of noble generous nature, intelligent and clean of thought and speech. He was truly patriotic, and allowed no one to defame the United States in his presence without being rebuked. He was a true friend of "Uncle Sam" and loved the flag under which he had fought. All respect to his memory. (Arlington Times July 11, 1918)

So read the obituary of Bisenta Carella.

First off, it should be noted that the man known in and around Arlington Snohomish County, Washington as Ben Carrel, found his given names - both first and last - spelled in many different configurations. Those in available documents include Bisente Corrella, Bisento Corella, Bisento Corillo (this being most prominent within Civil War military service records), Bisiante Corillo,  Bisento Carella, La Bisente Corel, Biscents Corella and, lastly, as found in his obituary Biscente Caralle. For our purposes we are adopting Bisenta Carella as that is how he signed his Civil War enlistment paper.

According to his obituary, Bisenta Carella was born in the Mexican State of Sonoma in 1845. In later pension records, the old soldier would indicate he was born in Hermosillo Sonoma, Mexico on the second April, 1848. The U.S. Government would contest the April date - with Bisenta accepting the 22nd rather than the 2nd - but never questioned the birth year.

Bisenta's parents were Manuel and Nastarea (nee Bernal) Corella. Names and numbers of possible siblings are not available. Also not available is definitive information on when and why Bisenta left Mexico for America.

First available documental information on Bisenta in America is from 1861. It was around this time that he was noted as having moved to San Francisco, California, but from whence he came is not noted.

On June 2, 1864, in San Francisco, Bisenta enlisted in the U.S. Cavalry for three years. At the time his vital statistic were noted as: Eyes - hazel; Hair - dark; Complexion - dark; Occupation - laborer; Address – 9th ward; Age - 18 years.  The last is of interest because according to this his birth year would have been 1846. However, as Bisenta later claimed his birth year was 1848, he was - in reality - likely only sixteen years of age, not eighteen. For enlisting Bisenta received a $100 enlistment bonus or "bounty", $25 of which was paid up front with the balance to be received later - perhaps incrementally. The following day private Carella was assigned to the 2nd California Calvary's Company "K."

On 6/22/64 Private Carella arrived at Camp Union located in Sacramento, CA. He had come from the (recruiting)"depot" which was likely Camp Alert located in San Francisco. It appears he remained  at Camp Union on detached service as a member of the provost guard (military police), perhaps into the early months of 1866 when it was noted that on 3/26 he was admitted to the post hospital at Ft. Churchill located near Carson City, Nevada with tonsillitis. He returned to duty one day later.  Shortly thereafter, on 5/18/66, Private Carella settled his financial accounts with the government - he owned the U.S. $21.49 and the U.S. owed him the $75 balance of his enlistment bounty - and was mustered out of Federal service. Before we leave Bisenta's military era behind, however, it should be noted that in March, 1865 Private Carella had been promoted to bugler Carella.

Military life behind him, records indicate Bisenta settled in Santa Cruz, CA. While his  whereabouts are not noted in the 1870 U.S. census,  he appears to have remained in Santa Cruz until sometime in 1871/'72 when he relocated to Jackson, Amador County,  California. What kind of work he was doing during this period is not specifically documented, but he may have been blacksmithing.

1879. In Amador, Amador County, CA Bisenta wed to Hattie Cooper. The union produced no children and lasted only until 1883 when the two divorced.  Bisenta would later note that he had no idea what became of his ex-bride.

Bisenta appears to have remained in the (North or West) Jackson area in Amador County until the early 1890s when he apparently left that county and relocated to a place called Angel's Camp in Calaveras County. After four years,  circa 1897/'98, he again moved, this time to Alpine County  where he remained until 1900 when he returned to the Sacramento area. From there it seems he found his way back southward to San Francisco and was likely there during the great earthquake and fire of 1906.

The San Francisco connection is based on Bisenta's later request for a copy of his military discharge paper as the original had been destroyed in the April 18th fire. He needed the document as part of the paperwork needed to obtain a U.S. Government disability based on his Civil War era military service. The pension request was granted and a monthly stipend of $6.50 was implemented. The date of that implementation, however, is not documented. That dollar amount was later increased to $14.50, a level at which it remained until his passing.

Immediately after the San Francisco upheaval Bisenta departed California and, travelling northward, settled in Snohomish County, Washington. What lured him to that area is not known. Also, what is not known is exactly when and where in Snohomish County he settled. While the afore- noted obituary from 1918 indicated he had lived in the Oso/Arlington area for ten years, the Everett City Directory for 1917 listed blacksmith La Bisenta Corel, as a resident of that city. Whatever his movements may have been, Bisenta Carella's final resting place is in Arlington, WA.