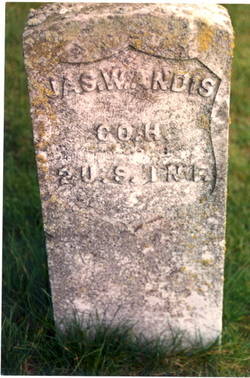 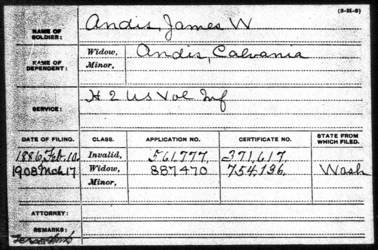 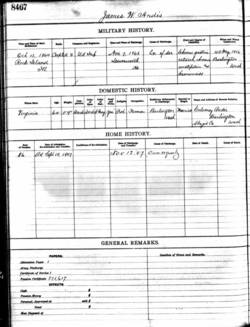 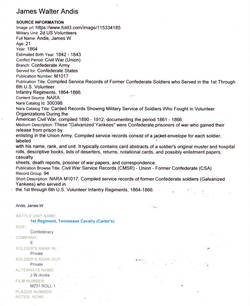 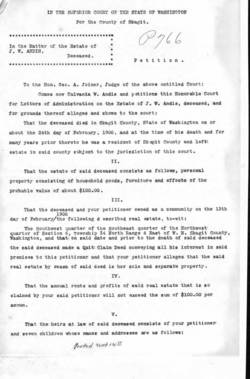 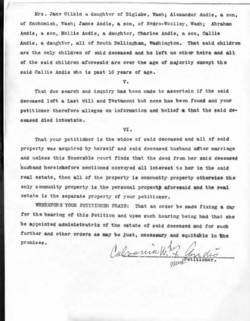 The history of this unit is, at best, murky. It appears that at the time of its origins during 8/1861 it was originally designated as the 3rd, or “Brazelton’s, Battalion” Tennessee Cavalry. Initially formulated for twelve months, it was apparently also known as the 2nd and/or 5th Battalion Tennessee Cavalry.

On 5/12/1862 the unit was re-organized and - officially - recognized as the 14th Tennessee or “Carter’s Battalion” Tennessee Cavalry. Most of the members of the unit’s six companies were from the Tennessee counties of McMinn, Rhea, Union, Knox, Hamilton, Bledsoe and Jefferson.

The battalion initially served in the Confederacy’s Department of East Tennessee. It skirmished in Kentucky, then saw action at Cumberland Gap. (9/ 7-9/1863).

In 11/1862 the 3rd was merged/consolidated into the 1st Regiment (Carter’s) Tennessee Cavalry. The “new” organization was designated the 1st.

The 1st Tennessee Cavalry – Also known as “(Colonel) Carter’s Tennessee Cavalry” – was organized in 11/1862 using the 3rd Tennessee Cavalry Battalion as it nucleus. As noted above, the men of the 3rd were primarily from the Tennessee counties of Rhea, Bradley, McMinn, Roane, Bledsoe, Union, Knox, Jefferson and Claiborne.  Some, however, had been “recruited” behind enemy lines while a few had served in Thomas’ North Carolina Legion.

Attached to various brigades, the 1st fought at Murfreesboro, TN (), skirmished in other parts of the state and in Kentucky before moving into Virginia. There, it saw action at Piedmont and various other points of the Shenandoah Valley with Gen. J. A. Early before being disbanded during the spring of 1865.

The organization which became the 2nd was authorized in 10/1864 at Rock Island Barracks, P.O.W. camp in Illinois. Composed of Confederate prisoners of war, the unit was finally organized for l year in 2/1865.

From Ft. Leavenworth the unit marched to Ft. Riley and stationed companies there as well as at Salem, Ft. Ellsworth, Ft. Larned, Ft. Zarah and Ft. Scott KS.

Unit assignments included scouting duties, wagon train escort and operations against Native American Indians. In this role, members of the regiment were present as guards during the signing of the Little Arkansas Treaty (10/14 & 18/1865). The regiment was mustered out at Ft. Leavenworth, KS on 11/7/1865.

At the time the U.S. Census for 1860 was tallied, James out from under his parents’ roof. He was then residing with   a farmer named J. H. Frost and his wife, Nancy in Cedarford Union County, TN. At that point in time James noted his occupation as being “apprentice tanner.”

In 4/1861 civil war swept across America. A scant few months later, on 8/8/1861 young James enlisted for a period of twelve months in a Confederate States of America cavalry unit.  Initially the 3rd Battalion Tennessee Cavalry, in September/October, 1862 Private Andis was noted to have been absent without leave (a.w.o.l.) for an undetermined period of time.

Not long after Private Andis’ absence, in 11/1862 the 3rd was melded into the 1st Tennessee Cavalry. Private Andis was serving with the latter unit when, on 10/28/1883, in Knox County, TN he was captured by Federal forces.

Following his capture, it appears Private Andis  was held as a prisoner of war (p.o.w.) for a time at a Kentucky facility known as Camp Nelson.*  From there, he was transferred northward to Camp Chase, OH, arriving at that Cincinnati facility on 11/14/1863. Moved again, on 1/22/1864 he was transferred to a prison facility located in Rock Island, IL.

Private Andis languished in the Illinois camp until 10/13/1864. On that date he gained his freedom from prison by having – on 6/13/1864 - enlisted as a corporal to perform frontier service as a “Galvanized Yankee” with the 2nd U.S. Volunteer Infantry. In 11/1865 he was mustered out of that unit and returned to civilian life.

James’ bride was Lemanda Calvania Wallace. Calvania had been born on 2/1/1850 in Winston County, AL. How, when and where the two had met are unknowns.

As noted by the birth places of the Andis children, James and Calvania appear to have resided in several Missouri locations before quitting that state in favor of Washington in the Pacific Northwest. As for what drew the family from Missouri to the Puget Sound region we do not know.

The Andis family moved from Missouri sometime between 1888 (Charles born, MO) and 1890 (John born, WA). In the Puget Sound area their communities of residence would be denoted as Avon** and Burlington, both of which were/are in Skagit County.

Dropping back a bit, James’ service as a Union soldier made him eligible to receive a U.S. Government disability pension. He applied for such on 2/10/1886. As a result, as of 9/1907 he was receiving a six dollar per month stipend based on “chronic gastric catarrh (infection), chronic constipation and hemorrhoids.”

September is significant for another reason, too. The old soldier’s health was beginning to fail to a point where apparently his family could no longer care for him. As a result, as of 9/10/1907 James was admitted into residency at the old soldiers’ home located in Sawtelle Los Angeles County, CA. The residency didn’t last for long, however, as a little over two months later, on 11/12/1907, he was, upon his own request, discharged from the facility.

Shortly after her husband’s death, on 3/10/1908, the widow Andis petitioned the U.S. Government to continue receiving at least a portion of her late husband’s pension stipend.  Again, we know the request was granted, but without access to Calvania’s widow pension files, her financial benefits remain unknown.

Calvania lived out her years in Skagit County.  The census of 1910 noted she and three of her children residing in or near the community of Prairie. There, she was supporting her young ‘uns by working as a cook in a nearby lumber/logging Camp. In 1920 her community of residence was once again, Burlington.

* Established in 1863, Camp Nelson was a multi-purpose, fortified Union bas located in Kentucky. It was situated along the Lexington – Danville Turnpike adjacent to the Kentucky River near the cities of Lexington, Nicholasville and Richmond. The site, today, is a national, historic monument.

**Avon, now an unincorporated area along the banks of the Skagit River, was – in the late 1800s – a thriving riverside community with its own post office.  Whether the Avon/Burlington designations reflect two different residences or merely the changing demographics of the entire region is not known. In both Avon and Burlington James noted his occupation as “farmer.”

*** At the time of his soldiers’ home admittance James was described as being five feet nine inches tall, having a dark complexion, dark eyes and gray hair. Further, his application paper noted that his religion was protestant and that he could read and write.