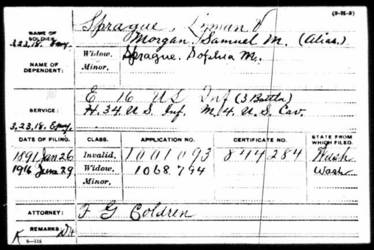 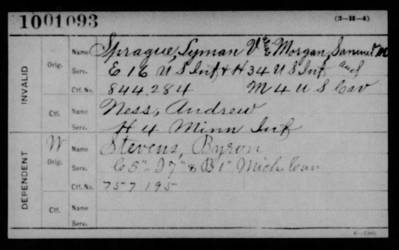 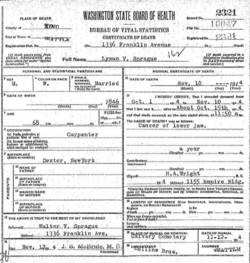 At the outbreak of the American Civil War, Congress increased the Regular Army by authorizing the creation of nine new, three-battalion infantry regiments. After the war, the battalions of those regiments were reorganized as separate regiments. The 3rd Battalion, 16th Infantry became the 34th Infantry Regiment on 21 September 1866. In 1869 Congress reduced the peacetime army from 41 infantry regiments to 25. The 34th and 11th Regiments were consolidated on 6 April to form the current 16th Infantry Regiment.

The second 29th Infantry was constituted on 3 May 1861, as the 3d Battalion, 11th Infantry, one of the nine "three-battalion" regiments of regulars, each battalion containing eight companies of infantry, in contrast to the original ten regular regiments of infantry, which were organized on the traditional ten-company line.

CANNOT FIND HIM UNDER LYMON,LEON, SPRAGUE OR SAMUEL M MORGAN ABOVE IS THE HISTORY OF THAT UNIT