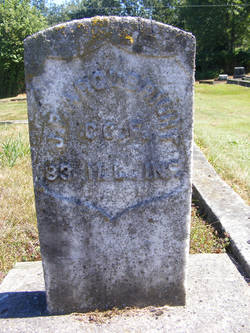 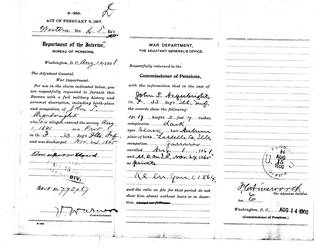 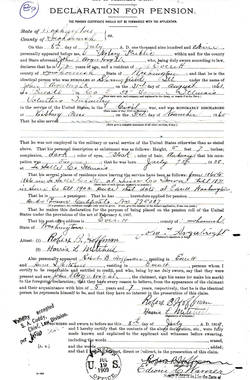 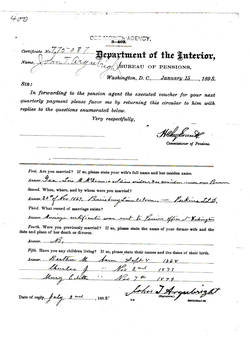 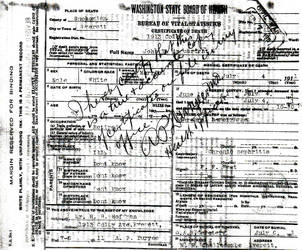 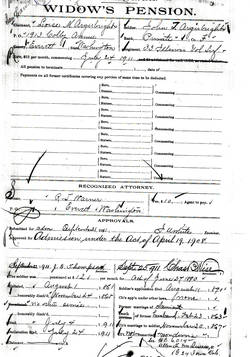 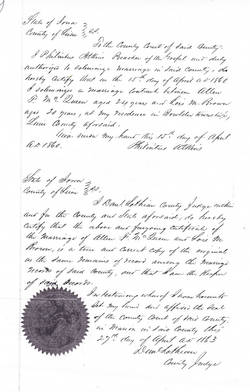 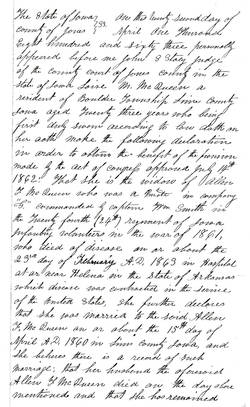 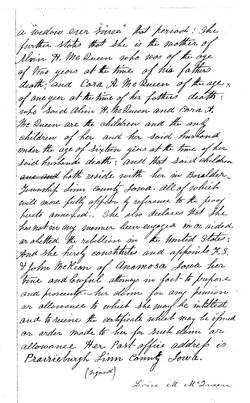 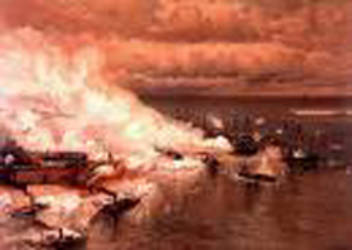 The 33rd, a three- year unit, left Illinois for Missouri almost immediately following Federal muster. It wintered in that sate fighting the battle of Fredericktown before moving into Arkansas where it was active much of 1862.  Another winter in Missouri was followed by actions in Louisiana and Mississippi at Port Gibson, Champion Hills, Black River Bridge, as well as the subsequent assault upon and siege of Vicksburg.  The regiment suffered heavy casualties during the 5/22 “grand assault” with nearly one third of those going into battle being killed or wounded. 1863 concluded with the regiment in Texas.

In January, 1864 the regiment re-enlisted after which it received veteran furloughs and the unit as a whole underwent re-organization back in their home state. Deployment in Louisiana followed.

March, 1865 found the 33rd traveling by rail to join the 16th Army Corps.  During the journey the train derailed killing nine and injuring no less then seventy-two, several of whom would subsequently die.  The heaviest losses were in companies near the front of the train, with every company, except C and F which were in the rear, suffering to some greater or lesser degree.  The unit’s last action was at Mobile, Alabama.

NOTE: The original birth-to-death biographical profile on John T. Argubright was written in the early days of the Civil War Veterans Buried in Washington State project. As such, it suffered from limits on size and the availability of resources which could be drawn upon for its creation. The profile below was written in May, 2018. While it is much more detailed than the original, it still lacks the details and depth of more recent biographies created with the aid of extensive records obtained from the National Archives in Washington, D.C.

John T. Argubright claimed to have been born 7/7/38 in LaSalle Co., IL. Although their names are not documented his biological father had been born in Ohio, his mother in Germany.  Both reportedly died within two years of John’s birth after which he was raised by the Charles and Leah Helm family who lived near Pontiac in Livingston Co., IL.  He reportedly remained with the Helms until his enrollment in the U.S. Army.  Additional details are not available on his childhood and young adult years.

No significant events present themselves in terms of the 5’7” darkly complexioned farmer’s period of military service which covered two terms with the same regiment and company.  Based on the birth date above, John would have been slightly past his twenty-third birth date when he entered the Army.  However because of the early death of his parents and the fire loss of birth records, he could not prove his case.  This resulted in a long ranging dispute with the government over how much his monthly disability pension (he was granted such a stipend based on having contracted rheumatism while in the Army) would be in later years.

Following discharge from the Army John returned to Illinois.  However, in 11/20/67 the Union vet married Lois May McQueen (nee Brown b. 5/12/39 Brookfield, NY) in Prairieburg, IA. How and why he had gone from Illinois to Iowa is not known.

Mrs. McQueen was the widow of an Iowa soldier who had died of chronic diarrhea in Arkansas in 1863 leaving her with a two-year-old son and a one year old daughter. Sadly, her two young children also died in 1863.

In 1880 the Argubrights were residing in or near the community of Doon located in Lyon County, Iowa. At that time John listed his occupation as brick mason. The land on which they were living appears to have been homestead property which John had earlier claimed through the Des Moines, Iowa land office. He received patent (deed) to the property on 5/1/82. Three years later brick mason John and family were still in Iowa, but at that time in Sioux County’s Pattersonville. What had happened to the homestead is not known. In 1900 John and Lois were in Lincoln, IA.

Documents have the Argenbright’s moving from Iowa to Washington State sometime between 1902 and 1904.  Perhaps the move was made to be near the families of adult children living in the area. They first appear to have settled in Tracyton in Kitsap Co., but by 1910 were living in Everett Snohomish, County, WA.

It was in Everett on 7/4/11 that John died from a cerebral hemorrhage (stroke) and chronic nephritis (kidney infection).  Burial was /is in the Grand Army Of The Republic cemetery in nearby Snohomish, Snohomish County, WA.

Mrs. Argubright was dropped from Federal pension rolls 3/4/16 because she had failed to claim a pension check last paid 9/4/12.  It appears she had moved to Victoria B.C. Canada where she was living with one of her daughters. Lois died in Victoria on 11/21/12. The location of her final resting place is not known.