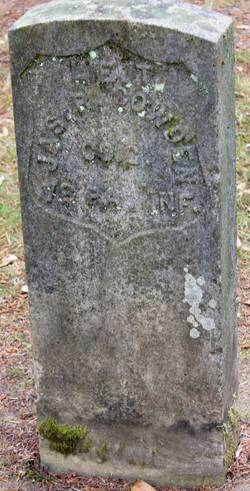 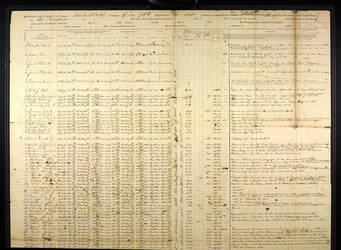 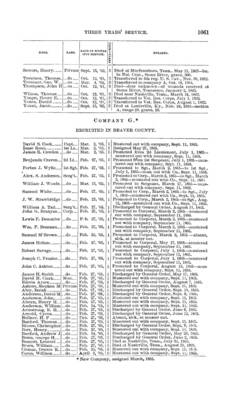 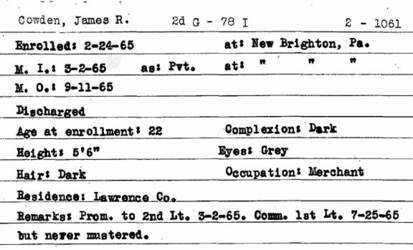 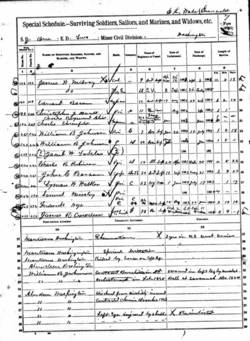 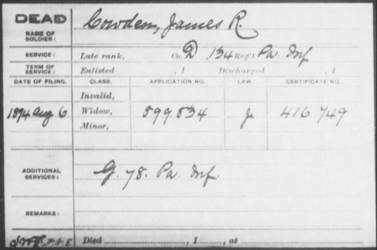 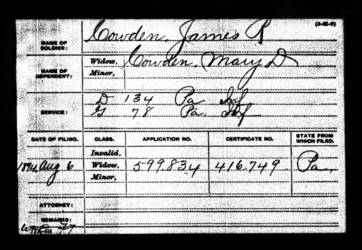 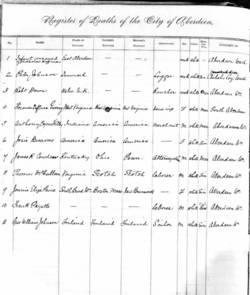 Hosey, Robert M. Smith.  The 78th regiment was recruited in

the late summer and early fall of 1861, and was mustered into

October at Camp Orr on the Allegheny river, for three years.

in Clarion, A in Indiana, D in Indiana and Cambria, and H in

transport to Louisville, Ky., and thence by rail to Nolin

creek, where it was assigned to Gen. McCook's division, Army

December it moved with the brigade to Munfordville, Ky., and

in March, 1862, it arrived with the division at Camp Andy

Johnson, Nashville, Tenn.  Throughout the remainder of the

spring and summer it performed guard duty on the railroad from

Nashville to Columbia, garrison duty at Pulaski and

Rogersville, guard duty on the railroad from Columbia to Elk

river, and was engaged in numerous skirmishes with the enemy's

cavalry.  While Buell's army was marching north into Kentucky,

in the race with Gen. Bragg for Louisville, the 78th was

ordered into the defenses of Nashville, where the garrison was

often attacked.  It was engaged at La Vergne, Neely's bend,

Nashville until Dec. 12, when it moved to Camp Hamilton, where

it was assigned to Miller's brigade, of Negley's eighth

division.  It was heavily engaged at the sanguinary battle of

Stone's River, or Murfreesboro, where it behaved with great

the Army of the Cumberland, under Gen. Rosecrans, was divided

Negley), 14th corps (Gen. Thomas).  It was engaged in provost

duty at Murfreesboro until April, and in June shared in

Rosecrans, campaign from Murfreesboro to Tullahoma.  It then

encamped at Decherd until Aug. 15, when it moved with the army

in pursuit of Bragg.  On Sept. 11, a part of the regiment was

engaged at Dug gap, Ga., the whole regiment shared in the

desperate fighting at Chickamauga and then retired with the

army to Chattanooga.  While here it was assigned to the 3rd

Ridge, the 78th was engaged with small loss, and it

participated in a reconnoissance to the summit of Lookout

Mountain.  In company with the 21st Wis., the regiment was

assigned to duty on Lookout mountain until May, 1864, when it

rejoined its brigade at Graysville and moved with Sherman's

army on the Atlanta campaign.  It saw much hard fighting at

Church and in the long struggle before Kennesaw mountain.

While in front of Kennesaw mountain it was ordered to

Chattanooga to guard wagon trains to the front and was thus

employed for three months, when it was ordered to report to

Gen. Rousseau at Nashville.  It was active at Pulaski, Tenn.,

and a little later was mounted and moved with Rousseau against

the enemy's cavalry in Southern Tenn., returning to Nashville

on Oct. 17.  Its term of service having expired, all the

original members, except the veterans and recruits, returned

to Pennsylvania and were mustered out at Kittanning, Nov. 4,

1864.  The veterans and recruits remained at Nashville and in

March, 1865, the regiment was recruited to the minimum

strength by the assignment of eight new companies, commanded

by Col. Bonnaffon.  The regiment as thus organized was finale

james Cowden was the son of John King Cowden and Nancy B Forbes Cowden.
James Cowden's death records list his birth information as born about 1844 in Mahoning, Lawrence County, Pennsylvania.
He was married to Mary Elizabeth Davidson. He worked as an attorney and died of chronic alcoholism.

Gravesite Details There is only 1 headstone, Lt. James R Cowden, in this block of at least 12 graves. I have taken a photo of the area around Cowden's military upright headstone. Terry Trackwell Kuhnau