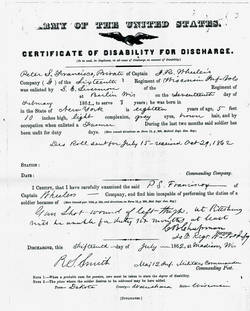 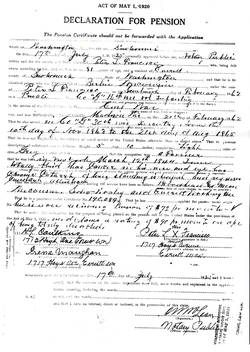 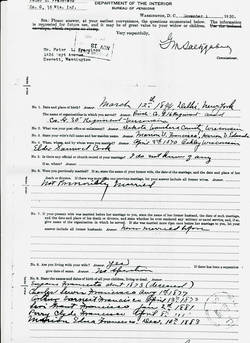 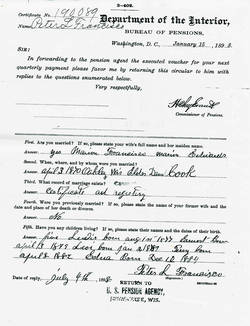 A three-year unit, the 16th left Wisconsin on 3/13/62 and proceeded to Pittsburgh Landing (Shiloh), TN where it participated in its first battle on 4/5 and 4/6. Exposed to heavy fire the greater part of both days, it sustained a loss of 245 killed and wounded.

Later that spring it was taking part in the siege of Corinth, MS. It also saw action in the second battle for that city in October.

Skirmishing and garrison duty was followed by the Atlanta Campaign of mid ’64. In the battles before that city the 16th lost heavily.

The regiment next took part in Sherman’s March to The Sea and the siege of Savannah. It then trekked northward in the Carolinas Campaign. After participating in the Grand Review in Washington D.C. part of the unit was mustered out 6/2/65 in that city. Those remaining received final muster in Kentucky.

Companies of the 30th, a three year regiment, were first utilized in May, ’63 when ordered to the upper Missouri River as guards for transports in the Indian Expedition under Union General Sibley. Other companies were assigned in state to keep an eye on the Native American Chippewa tribe who were stirred up by the Sioux uprising in Minnesota.

In August other detached companies used for maintaining order during enrollment under the Conscription Act. The 30th furnished guards for draftees, recruits and deserters. That winter was passed within Wisconsin.

Spring, 1864 found various detachments ordered to posts in NW Minnesota and The Dakota Territory where they spent the summer guarding immigrants and participating in a number of engagements with the Native Americans.

In October, five companies, (including “G”) were used in prison guard and duty as provost (military police) guard and for garrison duty at Frankfort and Georgetown, KY. When the unit was mustered out of existence is unlikely they had ever fired a shot at Johnny Reb.

NOTE: The original birth – to – death biographical profile on Peter Francisco was written during the early years of the Civil War Veterans Buried In Washington State project. As a result it was limited in both size and research sources. The biography which follows was created in February, 2019. While it is more detailed than the original it lacks the depth of more recent additions to this website which draw heavily upon pension, military and other veteran-related files housed in the National Archives located in Washington, D.C.

Peter Lewis Francisco was, by this own account, born 3/12/44 in Delhi, New York to parents Phillip Van (b.11/28/10 Colchester Delaware Co., NY) and Eliza (nee Covell b. 1820 Catskill Green Co., NH) Francisco.  The Phillip Francisco family was a farming family.

As denoted by the birth states of the Francisco children at some point in time between 1849 and 1853 the family quitted New York in favor of Wisconsin. Exactly when that move was made and why is not known.

In February, 1862 Peter enlisted in the U.S. Army. His unit or service was the 16th Wisconsin Infantry. Not long thereafter, on 4/6/62, the 5’10” farmer received a gunshot wound to the left thigh during his unit’s baptism of fire at Pittsburgh Landing/Shiloh, TN. The wounding would result in his discharge from the military two months later.

In late 1863, his wound having mended, Peter returned to the army. During this enlistment he served in the 30th Wisconsin Infantry.  It appears his new unit was never actively engaged against Rebel troops.  The only notations regarding his tenure during this period refer to his being sick in the hospital with fever - perhaps typhoid - on two occasions.

Following their marriage Peter and Marion settled in Wisconsin. Over the next forty plus years communities of residence in that state would be denoted as Jefferson Green Co., Spring Valley Rock Co., Decatur Green Co., Brodhead Green Co. and Bergen Marathon Co. Throughout those same years and locations Peter’s occupation would be listed as laborer, farm laborer, day laborer and, finally, “no occupation.”

By 1910 Peter and Marion had quitted Wisconsin and resettled in the home of son Levi and family located Samish located in western Washington State’s Skagit Co., Exactly when they made the journey westward is not documented. In Samish Peter’s occupation was noted as “cabinet maker”

In 1920 Peter and Marion had moved southward from Skagit County to the City of Everett located in Snohomish County. By this time, late in his life, Peter again listed himself as having “no occupation.”

At some point Peter had applied for and been granted a U.S. Government disability pension based on physical conditions or ailments which he traced back to his days of Civil War soldiering.  In 1925 a pension document noted the aging veteran was requiring constant attention because he is “totally blind, has cancer in the nose and eye and chronic catarrh (infection).”

Peter Lewis Francisco died 10/11/28.  At the time of his death the 84.7 year old  soldier was receiving a $90 per month government pension. Burial was/is in the Grand Army Of The Republic (G.A.R.) Cemetery located in Snohomish, Snohomish Co., WA

In 1930 Marion was residing in the home of son Earnest and his wife in Deming Whatcom Co., WA. She died near there in the community of Glacier on 11/26/33.   At the time of her passing she was receiving $36 per month as part of her late husband’s soldier pension. She was/is buried beside Peter in the Snohomish G.A.R. Cemetery.