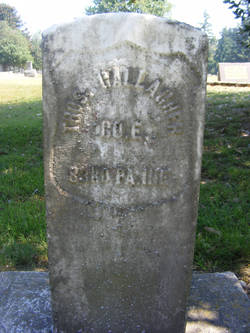 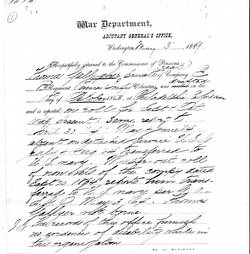 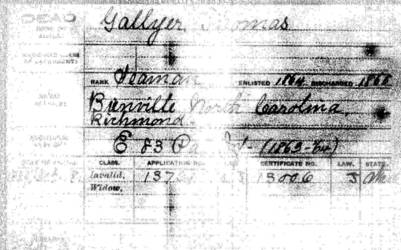 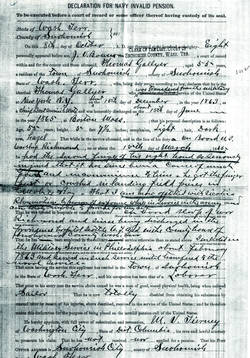 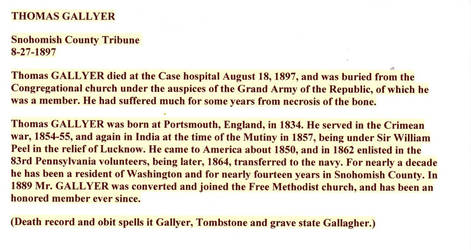 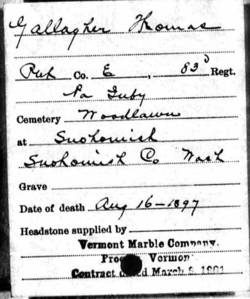 The 83rd Pennsylvania, a three year regiment, had roots in the opening months of The War of The Rebellion. In early 1862 it actively participated in Union Gen. Geo. B McClellan’s Peninsula campaign at the end of which it could muster only 80 muskets.

Later that year the unit was engaged at Second Bull Run and, in mid ’63, at Gettysburg, PA where it fought gallantry on Little Round Top. During the 1864/65 siege of Petersburg, VA the entrenched regiment was subjected to almost ceaseless fire.

This wooden steam sloop was the second vessel to bear the Richmond name. In late ’63 she was on blockade duty off Mobile, AL. The next August she was in Admiral Farragut’s fleet during the epic naval assault against rebel positions in Mobile Bay. It was during this action that Farragut gave his famous command “Damn the torpedoes… Full speed ahead!”

After the fall of Mobile, Richmond continued to operate in those waters until moving to Pensacola Bay, FL. On 4/23/65, she moved into the New Orleans, LA, Richmond blocked the escape route of the Confederate ram Webb causing that vessel to be run ashore and blown up by her crew.

Thomas Gallagher was born in Portsmouth, England in 1834. He served in Crimean War (1854-55) and in India during the 1857 mutiny. Mr. Gallagher came to America in 1862 and, in late 1863 was drafted in the U.S. Army. He remained in the Army for approximately seven months before transferring to the Navy where he served aboard the steam sloop Richmond.

Around 3/15/65 while loading field pieces aboard the Richmond in Mobile Bay Gallagher severely crushed or otherwise injured the second finger of his right hand. The injury was to cause him pain and inconvenience for years to come.

In October, 1888, at the age of 55 years the former Army and Navy veteran applied for a Government pension because of rheumatism contracted in the Army and the finger injury received while in the Navy.

In the late 1800’s Mr. Gallagher moved to the Puget Sound Area. He died 8/18/97 after suffering many years from Necrosis of the bone. His remains were later moved to their present location.