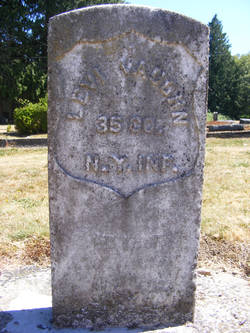 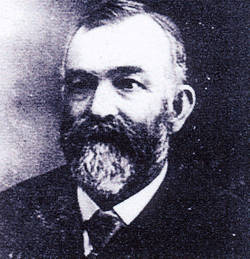 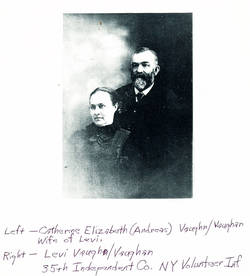 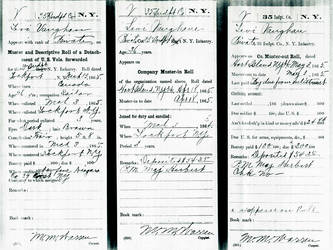 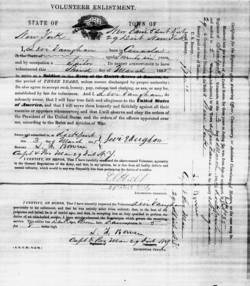 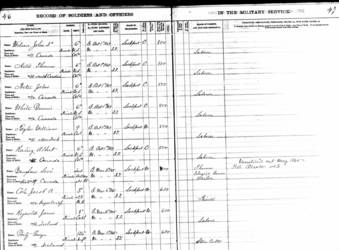 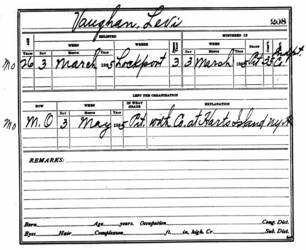 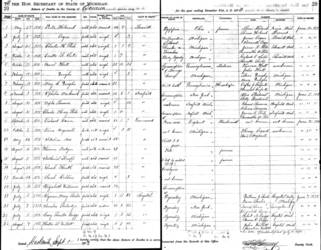 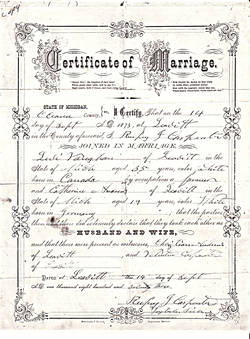 As America’s War of the Rebellion wound a close, with patriotic fervor having long faded, recruiting efforts, especially in New York State, often fell to professional “bounty brokers” who scoured the countryside armed with lucrative financial incentives (bounties) that enriched the recruiter, earned the recruited more than a year’s working wage, and sated the manpower needs of the northern war machine.

However, with, the war’s end following Confed. Gen. R.E. Lee’s surrender of the Army of Northern Virginia to Fed. Gen U.S. Grant and the Army of the Potomac on 4/9/65 at Appomattox Court House, VA, units such as the 35th were no longer needed.  As such, the company was disbanded without ever having left its birth state or firing a shot in anger.

NOTE: The original birth – to - death biographical profile of Leeman Underhill was written during the early years of the Civil War Veterans Buried In Washington State project. As a result it was limited in length and by the availability of research resources.

Leeman Underhill was born on 3/19/35. Documentation is unclear on whether he was birthed in Canada or Schenectady, NY. His parents were John (b. unk.)  and Cynthia (nee Dodd b. 1788 New Brunswick, Canada) Underhill.

Based on available U.S. Census data Leeman was the second of two Underhill children. Older than he was Sister Malinda (b. 1829 Canada).

By 1850 Cynthia, Malinda and Leeman were farming in Porter Niagara Co., New York. Cynthia was head of the household with no mention of John. Either the couple had divorced or John had died.

Based on the birth states of their children, after marriage Leeman and Julia initially settled in Maine, then moved to Minnesota. By the time he enlisted in the military, however, the Underhills were residing in Wisconsin.

Entering the U.S. Army in 1863 school teacher Leeman found sickness, not Johnny Reb, to be the greatest threat to his wellbeing.  Assigned to Ft. Jackson near New Orleans, LA in mid ’64 Private Underhill contracted illnesses which would lead to his being granted a medical discharge from the military, and plague him the rest of his life.

According to Leeman, “I contracted indigestion and heart difficulty…. I was taken in a fevered and almost insensible condition to the hospital….After some treatment it took the form of chronic diarrhea…I have been a partial invalid ever since… not being able to work more then 1/3 of the time (and having to avoid) heavy labor such as lifting.”

Julia Underhill died on 8/9/64 in Lanesborough, MA. The cause of her death was typhoid fever.

At the time of Julia’s death Leeman was still in the military. Available documents are silent on how her passing was handled by Private Underhill and his family. Also not known is who assumed care of their two children.

After leaving the military Leeman settled in Michigan. As with many returning Civil War veterans, exactly where he settled is not documented.  Post- war he turned to farming.

As of 1870 the Underhills were residing in Long Lake Grand Traverse Co., MI. A decade later, in 1880 they were in Jefferson Republic Co., KS. In both locations Leeman noted his occupation as being “farmer.”

By 1885 Leeman and family were living in Wymore Gage Co., NB. Leeman’s occupation was there listed as stone mason.

Most of the U.S. Census for 1890 was destroyed by fire. The U.S. Veterans roll that same year placed Leeman in Peninsula Grand Co., Michigan.

As of 1900 Leeman, Mary and son Charles were residing in Medina Hennepin, Co., Minnesota. Rather than in a home of their own they were under the roof of Leeman’s married daughter, Clara, her husband and family.

1910. A new decade. A new U.S. Census. Mary was then residing in Tacoma Pierce Co., WA with married daughter Ada and her family. Interestingly, Leeman’s whereabouts are not documented. Whether or not the couple had spit up is not known.

Leeman Underhill died on 1/21/14 in Mukilteo Snohomish Co., WA. He was aged 78 years and 10 months Cause of the Civil War veteran’s passing was senility. Burial was/is in the Grand Army Of The Republic (G.A.R.) Cemetery in Snohomish, Snohomish Co., WA.

At the time of his death Leeman was receiving a $40 per month U.S.  Government disability stipend based on ailments or other debilities which traced back to his days of Civil War Soldiering. After Leeman’s passing Mary applied for and was granted a portion of her late husband’s pension stipend. More on this, shortly.

As of 1920 Mary was still living with - by then - widowed daughter Ada. At that time they were residing in in Hoquiam Grays Harbor Co., WA.

Mary died on 8/24/25 in Sedro Woolley Skagit Co. WA. When she had gone there, why she had gone there and with whom she was residing are not known.  At death she was receiving $30 of her late husband’s pension. She was/is buried beside Leeman in Snohomish.