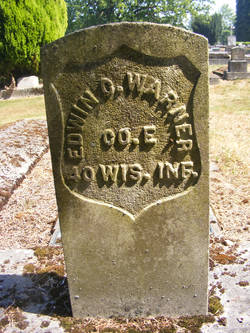 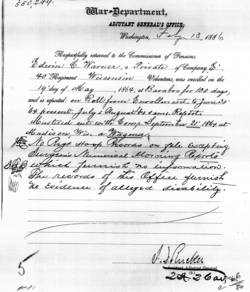 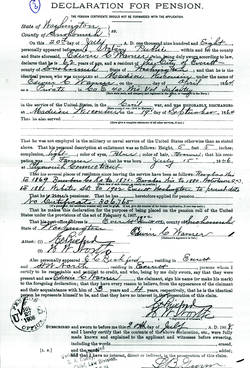 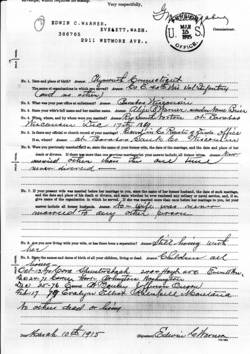 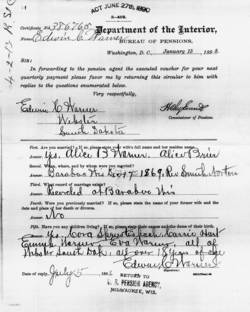 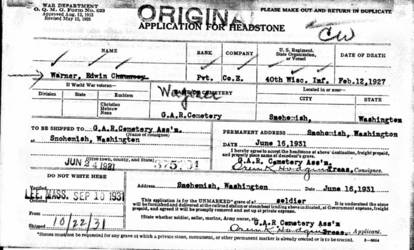 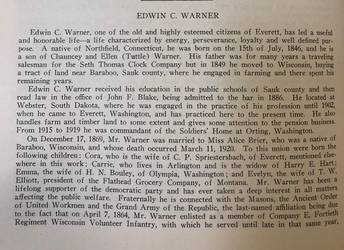 During the spring of 1864 Union Gen. U.S. Grant began moving south with the Army of the Potomac in what was to be the final great push to conquer the confederacy.  As part of this move a call went out to northern states to recruit and field a number of ninety and one hundred day regiments with would focus on garrison and railroad guard duty thereby freeing up more seasoned troops for combat roles.

The 40th was one such 100 day unit.  The regiment left Wisconsin in mid-June, reached Memphis, Tennessee on the 19th and was assigned to train guard duty and defense of the city.  In the latter vein, it supported a battery which was engaged with the enemy during an August raid by Confed. Gen Nathan Bedford Forrest’s cavalry.  For this action, the 40th marched nearly three miles at the double quick and, after the skirmish, pursued the rebels for two miles.

Original strength of the 40th was 776 enlisted men and officers, during its brief existence the regiment lost one officer and eighteen enlisted men to either disease or accidents.


Ed Note: The original birth – to – death biographical profile on Edwin C. Warner was written during the early days of the Civil War Veterans Buried In Washington State project. As such, it was limited in both size and research sources. The bio which follows was created in November, 2018. It features details not found in the original.

In 1864 the 5’5”, blue-eyed farm boy, who was then residing in Baraboo, Wisconsin, joined the U.S. Army as a wagoner (teamster). During his brief military tenure the only documented health problem encountered was a case of sunstroke which occurred near Memphis, TN on 6/19/64.  The illness resulted in his being treated in the regimental hospital from the 19th through the 30th of June.

Governmental service behind him, Edwin returned to Baraboo where, on 12/17/69, he married Alice B. Brier (b. ca. 1848).  It appears that almost immediately following their marriage the Warners followed Edwin’s older brother Robert to Bourbon Co., Kansas where the first two of their four daughters – Cora (b. 10/13/70) and Carrie (b.12/24/71)- were born.  In late 1871 the family returned to Wisconsin where they resided until 1880.  Edwin was admitted to the bar in 1886.  Again, Edwin was following in the footsteps of    Robert who also returned to Wisconsin that year.  During these years the Warner’s third and fourth children- Emma (b.12/25/76) and Evalyn (b.2/17/77)- came into the world.

In 1880 the Warner’s once more followed Robert and resettled in Watertown, SD for one year. They spent another part of a year in Webster, SD and then, in 1902 moved westward to Everett, Washington.  Most likely the move to Washington was made to be near families of two of their adult children now residing in Everett and Arlington.  This time it was older brother, Robert, who followed Edwin to Everett in 1903.

Edwin, like Robert, was a member of the bar association.  However, it appears he did not practice in the field of law, choosing instead to concentrate his attentions on the real estate and pension business.  Other details pertaining to Edwin’s life in the Puget Sound area include active involvement in local politics, the Grand Army of the Republic at the state level and, at one time, functioning as superintendent of the soldier’s home at Orting.

According to Edwin’s Everett Herald obituary, the “prominent Everett citizen” died 2/12/27 in the Olympia, WA hospital following “a short illness.”  Although still a resident of Everett, it appears that at the time of his passing the old soldier was performing the role of “assistant senate custodian in the state legislature.”  At death the near eighty one year old was receiving a princely $65 per month government pension based on his Civil War soldiering.

Edwin was/is buried in the Grand Army Of The Republic (G.A.R.) cemetery in Snohomish, Snohomish County, Washington. His final resting place is beside brother Robert who had died in 1924.