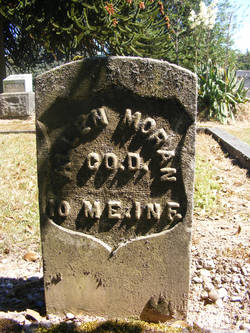 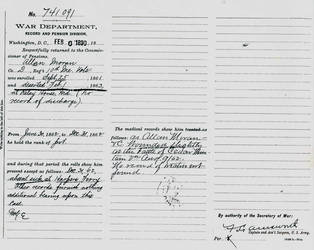 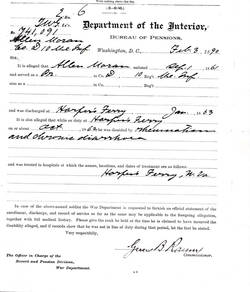 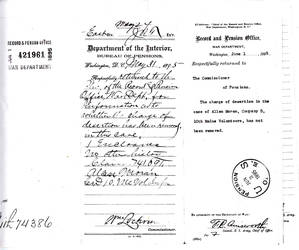 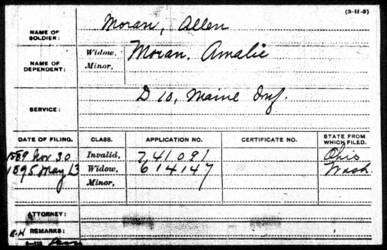 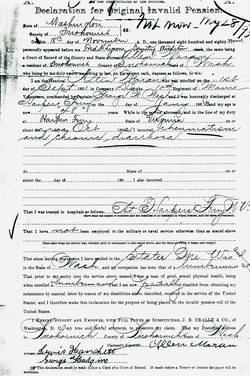 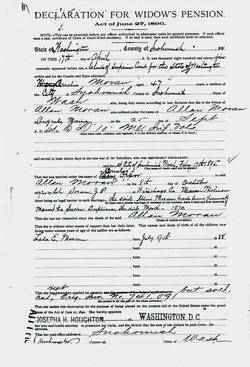 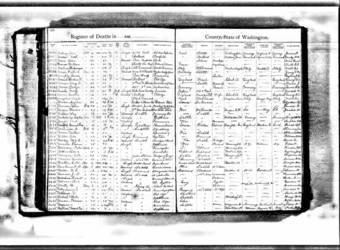 The 10th ME was formed by combining reorganized companies of the expired 1st ME and newly raised units (Co. "A"-Saco/Co. and "D"-Aroostook Co.).  As such, when the regiment came together at Cape Elizabeth it contained both two and three (Cos. "A" & "D") enlistees.

Immediately leaving the state the regiment was assigned to guarding railroads in Maryland, Virginia, and West Virginia.  On 5/25/62 while acting as the rear guard for General Banks’ retreat from the Shenandoah Valley the unit lost 90 men. On 8/9/62 at the battle of Cedar Mountain, VA the 10th lost an additional 173. The regiment then took part in all the movements of General Pope’s army during his retreat from 2nd Bull Run toward Washington before moving onto Antietam, MD where it saw 20 of its ranks felled.

In May, '63, when the unit’s 2 year men headed home. Those with three year hitches were detached and organized into a three company battalion which was present, but not heavily engaged during the battle of Chancellorsville, (5/6-7/63) VA and thus lost only “a few” men. The 10th then participated in every part of the campaign ending in the battle of Gettysburg, PA then camped along the Rappahannock and Rapidan rivers. It remained there until 11/63 when it was assimilated into the 28th Maine which was being formed in New Orleans, LA.

NOTE: The original birth – to – death biographical profile of Allen Moran was created during the early years of the Civil War Veterans Buried In Washington State project. As a result, it was limited in both size and the number of available research resources.

The biography which follows was written in April, 2019. While it contains many more details than its predecessor, it still lacks the depth of more recent additions to this website which draw heavily upon veteran-related military, pension and other files housed in the National Archives in Washington, D.C.

Allen J. Moran was reported to have been twenty years of age when he enlisted in the U.S. Army. This would make his birth year 1861.The U.S. Census for 1880 indicates his year of birth was 1842.  However, according to family sources he was born 2/13/43. Herein we will use the family-based year of 1843. Allen was born in Maine.

All that is known about Allen’s parents is that his father was born in Germany and his mother in Ireland. There is no available information regarding possible siblings.

Following enlistment and Federal muster, three dates appear significant in Pvt. Moran’s military history: On 8/9/62 he was slightly wounded at battle of Cedar Mountain, VA.  In December, 1862 he absent, sick at Harper’s Ferry, VA and on 1/26/63 he deserted.

In 1880 the U.S. Census found the Moran family in Peshtigo Marinette Co., WI. Allen’s occupation was that year listed as “lumber laborer.” Under he and Mary’s roof at the time was Allen and Susan’s son Augustus as well as Allen and Mary’s two boys and one girl.

By 1889 the Moran family was residing in Snohomish, Snohomish Co. WA Terr. /State. Perhaps they had been drawn to the Puget Sound area by the timber industry. If that was the case, Allan must have been experiencing difficulties applying his lumber laborer’s trade because, in November of that year he requested a U.S. Government disability pension claiming inability to perform manual labor based on his12/62 Harper’s Ferry-era sickness. In this process he claimed to have been honorably discharged from the U.S. Army in January, 1863. There is no evidence the pension request was ever granted.

During the last year of his life Allen Moran was a member of the local police force and “a familiar figure to Snohomish people.” Throughout this period he continued to be plagued by “stomach trouble” which, in February, 1895 took him to the hospital in nearby Everett Snohomish Co., WA.

On 11/25/97 the former Union private died. The cause of his death would later be diagnosed as “stomach cancer.”

Allen Moran’s earthly remains were originally buried in the old Pioneer Cemetery of Snohomish. When the Grand Army Of The Republic (G.A.R.) Cemetery was created in Snohomish, Snohomish Co., WA in 1898 his remains were moved to their present resting place.

At the time of Allan Moran’s death his youngest child was only six or seven years of age. As such, almost immediately, Mary Moran sought financial support from the Federal Government in the form of a military widow’s pension. The request, however disclosed that her late husband had not been honorable discharged from the U.S. Army.  In fact, he had deserted from his company and regiment. Mrs. Moran’s pension request was marked “No widow’s claim.”

After Allen’s death Mary remained in Snohomish, Snohomish Co., WA. The U.S. Census of 1910 showed she and her unmarried children Bert and Cora living together. Next door was married son Allen and his family.

Amalia Moran died on 3/10/10. She was/is buried beside Allen in the Snohomish G.A.R. Cemetery.