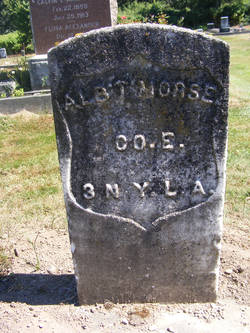 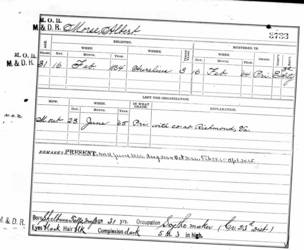 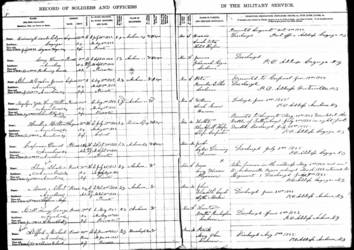 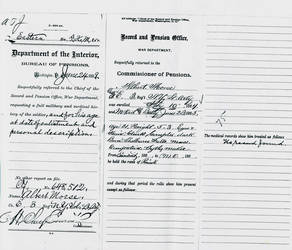 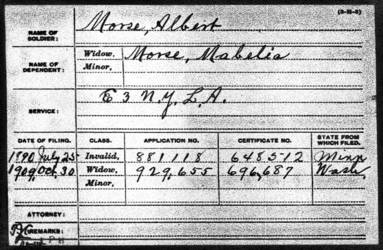 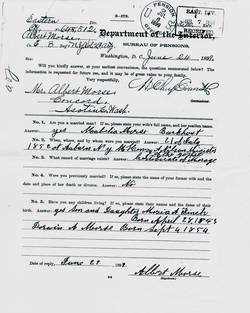 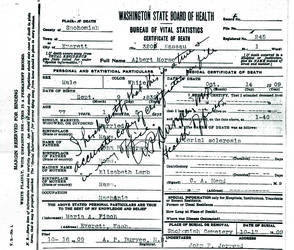 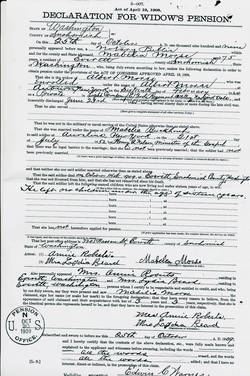 During the American Civil War an infantry or cavalry regiment generally fought together as a unit.  Such was not the case with artillery regiments, which, seldom, if ever, came together as a whole.  Instead, artillery companies (batteries) were assigned independently where needed.

Thus, we are focusing not on the history of the entire 3rd New York, a three-year regiment, but primarily on one company/battery.  The designation “light” Artillery generally referred to smaller caliber, mobile, horse drawn field pieces.  Soldiers manning such field pieces- generally four to six guns- were called a “battery.”  It appears Battery "E" started its existence as an infantry unit, but in August 1862 was converted to light artillery.

NOTE: The original birth – to – death biographical profile of Albert Morse was created during the early years of the Civil War Veterans Buried in Washington State project. As a result it was limited in size and the availability of research resources.

The biography which follows was written in April, 2019. While it contains many more details than its predecessor, it still lacks the depth of more recent additions to this website which draw heavily upon veteran-related military, pension and other files housed in the National Archives in Washington, D.C.

After their marriage, Albert and Mabelia likely set up their household in Aurelius, NY. That is where the U.S. Census for 1860 found the couple, their children – and apparently – Albert’s youngest brother, Francis. In 1860 Albert was plying his father’s trade as a scythe maker.

Private Morse’s military tenure appears to have been uneventful.  However, when applying for a U.S. Government total disability pension in 1890 he based his request on continued lameness and stiffness of his right knee/leg and arm caused by a service-related injury.  Albert was subsequently granted a monthly stipend that amounted to $20 per month at the time of his death.

Leaving the military, it is not known where the former artillery private and family settled. However, as of 1870 they were farming in Dallas De Kalb Co., MO.

A decade later, in 1880, the Morses were on a farm in Buckman Morrison Co., MN.  They remained at that location until sometime after 1895.  By 1900 they had removed from MN to Concord Asotin Co., WA where Albert noted his occupation as “gardener”.

At some point after residing in Asotin Co.,  the Morses moved westward to the Puget Sound area and settled in Everett located in Snohomish Co.  When the move was made is not known. As for why,perhaps  -  since this was in later in life - it was to be close to, or even live with,  the family of their adult, married daughter, Maria Finch. .

Civil War veteran Albert Morse died 10/14/09 at his daughter Mary’s home located at 3205 Nassau St. Everett Snohomish Co., WA.  Cause of death was listed as arterial sclerosis. He was 77 years, 1 month and 5 days of age. Burial was/is at the Snohomish, Snohomish Co. Grand Army Of The Republic (G.A.R.) Cemetery under the auspices of Everett’s John Buford G.A.R. Post.

After Albert’s death Mabelia remained in Everett  with daughter Mary and family. She died 3/24/14 at the age of 79 years. She was/is buried in the G.A.R. Cemetery beside Albert.