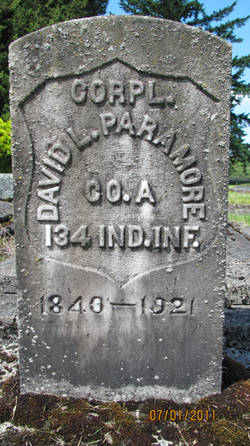 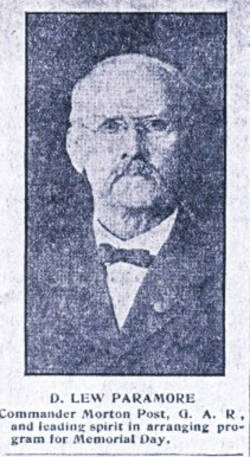 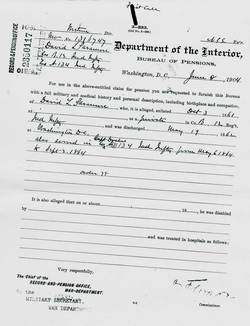 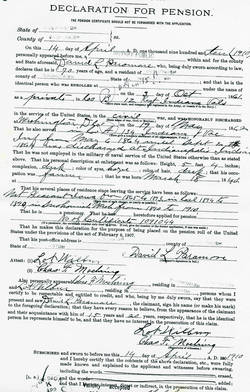 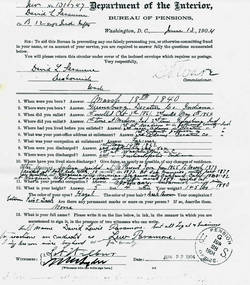 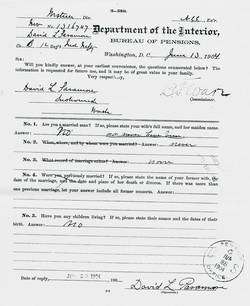 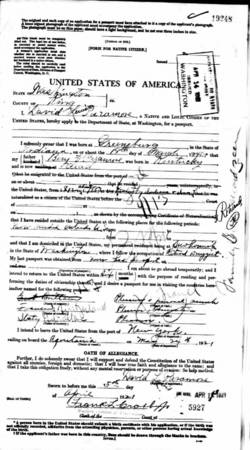 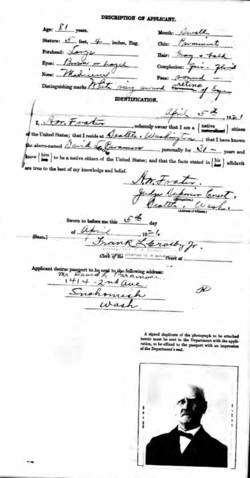 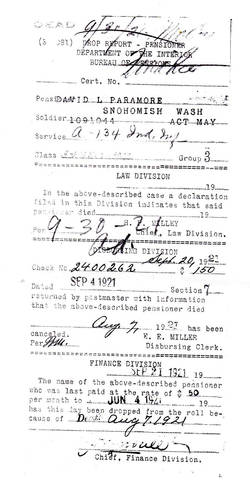 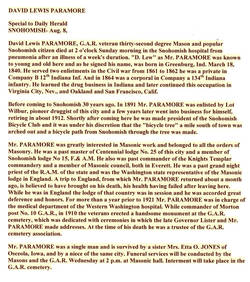 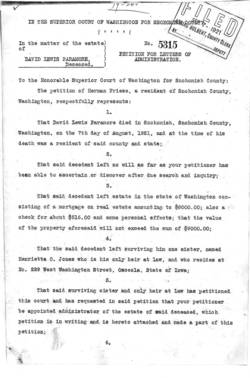 In June, 1861 this one-year regiment moved from Indianapolis to Evansville, IN to perform blockade duty.  It left the state for Maryland in July to join Union Gen. Banks’ Army of The Shenandoah.  By September the 12th was stationed at Williamstown skirmishing with the enemy while on picket and outpost duty.

In March, 1862 it moved to Winchester, VA and, after skirmishing with the rebels, was the first regiment to enter the town after its evacuation.  The 12th engaged in various movements until April 3, then was in camp for a time at Warrenton, VA before mustering out.

osses: 24 enlisted men died of disease or were accidentally killed.

Indiana’s quota for “100 day” regiments was eight.  The 134th was one of these units which were primarily used for guard and garrison duty thus freeing up veteran troops for active fieldwork during the important campaigns of 1864.  Seven companies of the 134th were recruited in the 4th and three in the 5th Congressional District.

The 134th left the state for Tennessee almost immediately following Federal muster.  Like its sister units, the regiment was assigned to guard duty along one or more railroads- the Nashville & Chattanooga, Tennessee & Alabama, and Memphis & Charleston- keeping Union Gen. W.T. Sherman’s communication and supply lines flowing.

NOTE:  The original birth – to – death biographical profile of David Paramore was created during the early years of the Civil War Veterans Buried In Washington State project. As a result it was limited in size and the availability of research resources.

The biography which follows was written in May, 2019. Although it contains many more details than its predecessor, it lacks the depth of more recent additions to this website which draw heavily upon military, pension and other veteran-

Related document housed in the National Archives in Washington D.C..

According to available census date, David as the eldest of three Paramore children. His younger siblings were Henrietta

As of 1862 David noted that he was residing in Dupont which is located in Lancaster Township. It was  apparently in Dupont  that the 5’4” farmer- now sporting the nickname “D. Lew.” enlisted in the U.S. military for the first time.  That initial enrollment appears to have been uneventful, so he later signed on for a second time.  His second enlistment was in a company raised by a Captain Drake and was assigned to the 134th Indiana Infantry as Co. “A.”  This enrollment, too, was apparently without trauma.

Leaving the army for the final time D. Lew. returned to Indiana where he “learned the drug business.”  In 1865 he

resettled in Mt. Pleasant, IA where he remained until 1873.

D. Lew. next spent ten months in Salt Lake City, UT before moving to San Francisco, CA.  He resided there until late 1879 then spent six months in Virginia City, NV before moving to Oakland, CA for an additional 2 ½ years. A return to Virginia City preceded his finding a permanent home in Snohomish, Snohomish Co., WA Territory/State circa 1889/90.

In Snohomish D. Lew. was employed by pioneer druggist Lot Wilbur before going into business for himself.  Within the community he belonged to all the Masonic orders.

As commander of the Morton Post #10 Grand Army Of The Public (G.A.R.) in Snohomish City and a trustee of the G.A.R. cemetery association D. Lew. was instrumental in the erecting of the large G.A.R.” soldier standing guard” monument on the cemetery grounds. He, along with Washington Governor Earnest Lister, spoke at the 1914 monument dedication ceremony.

In early 1921 D. Lew. made a trip to England as the Washington state representative of the Masonic lodge.  During these

Travels his health began to fail.

On 8/7/21, a month after returning home to Snohomish David Lewis Paramore died.

At his passing he was receiving a $50 per month U.S. Government disability stipend based on ailments or illness which

traced back to his days of Civil War soldering.

The 81.4 year old Civil War veteran had never married and fathered no children.  Burial was/is in the Snohomish G.A.R. Cemetery.