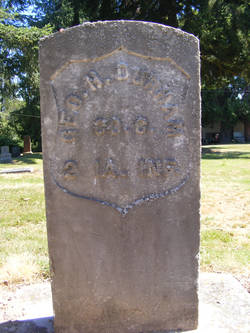 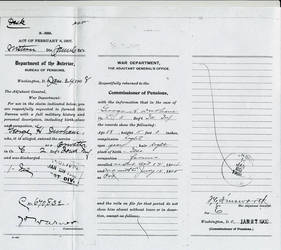 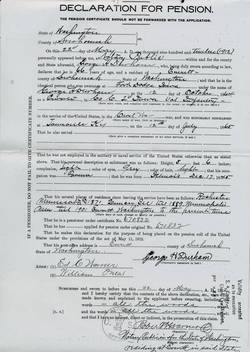 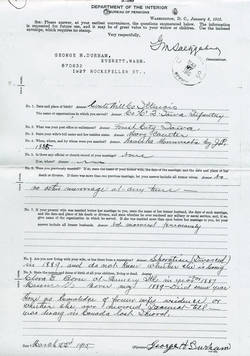 The 2nd was Iowa’s first three year regiment and first from the state to take the field.  In mid June the unit traveled to Missouri where it maintained order while guarding railroads and prisoners.  Before long the Missouri climate, not Missouri rebels had reduced their once strong ranks to 400. The regiment would spend the winter recuperating.

Early 1862 saw the 2nd perform magnificently at Ft. Donelson, TN.  They lead the column storming the enemy’s works on the left, planted their flag on the out works and poured a murderous fire into the Confederates compelling them to retreat to inner fortifications.  As a result, the 2nd was awarded the honor of being the first Federal regiment to enter the surrendered fort.  The price, however, had been 41 killed and 157 wounded out of 630 in action.

From Donelson the regiment moved on to Shiloh (80 killed and wounded), the siege/battle for Corinth, MS (108 killed, wounded and missing out of 346 engaged) and the pursuit of Confed. Gen. Beau regard’s fleeing troops. Movements into Tennessee and Alabama capped the year.

While 1863 proved relatively quiet for the 2nd, such was not the case with 1864.  After reenlisting as a veteran organization the regiment joined the Union movement toward Atlanta, GA. They skirmished at Snake Creek, fought at Resaca and other points and participated in the siege/battle for Atlanta.  At Jonesboro they, along with another infantry unit, cleared the way for the cavalry through a fortified position.  The 2nd then marched to the sea and moved into Savannah.

1865 found the 2nd moving northward through the Carolinas where it completed its fighting history at Columbia and Lynch’s Creek.  Participation in the Grand Review in Washington City preceded final muster.

NOTE: The original birth – to – death biographical profile on George Durham was written during the early years of the Civil War Veterans Buried In Washington State project. As a result, it suffered from size limitations and limited research resources. The biography which follows was created in February, 2019. While it features many more details than the original, it  lacks the depth of more recent additions to this website which draw heavily upon military, pension and other documental files found in the National Archives in Washington, D.C.

Personal and birth family information on George H. Durham is, at best, scanty. He was reportedly born in or near the community of Crete Will Co., Illinois.

His birth month was likely December. His birth date the 17th.

According to one source, George’s father was named George N. Durham. Another says his father’s name was Josiah Durham (b. 1816 NY).  His mother was likely Sally A. (nee Fuller b. 1828 PA) Durham.

In 1850 George/Josiah, Sally and young George H. were residing with one D.C. Fuller in Crete, Will Co., IL. D.C. may have been Sally’s brother.  George/Josiah, at the time, noted that he was a “farmer.” No additional details are available on George H’s. (hence forth George) birth family or formative years.

In 1864 5’3” teenaged farm boy George Durham entered the U.S. Army as a “substitute.”  Most likely he was paid to enlist by a drafted individual he was replacing.  While Private Durham’s unit was combat active in late 1864 and early 1865, the experience does not appear to have proven deleterious to his health.  In fact, available documents make no reference what-so-ever to George’s military tenure.

Leaving the army it appears George settled in Rochester, MN.  He likely remained there until 1871 when he removed to Waseca where, in 1885, he married Mary Coutter.

In November, 1887 The Durham’s moved to Illinois. There, in Quincey, their first child, daughter, Chlora E., was born.  A second, unnamed child was born in May, 1889, but died the same year. There are indications that at the time of the ill-fated birth the Durham’s were residing in or near Quincy, IL.

At some point after the death of their second child George and Mary divorced. What became of daughter, Chlora after that is not known. As for Mary, in 1915 George noted that he’d last heard she was in Canada, but had no knowledge of where or if she was even still alive.

From Illinois the former Union infantryman appears to have made a stop in Minneapolis, MN before moving west to Everett, WA. The Everett move may have occurred ca. 1901. Why he chose Everett is not indicated.  However, in that community he “became well known….as an expressman and as member of the G.A.R (Grand Army Of The Republic).”

George Durham died at his home in Everett on 4/21/15.  No cause of death was listed in his obituary.  While the obituary indicated he was “67,” a comparison of birth and death dates would place his age at 69.4 years.

At the time of his passing George was receiving a $15.50 monthly government disability stipend based on ailments or other physical conditions that traced back to his days of Civil War soldiering.