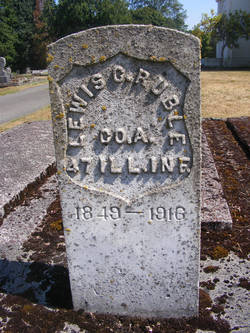 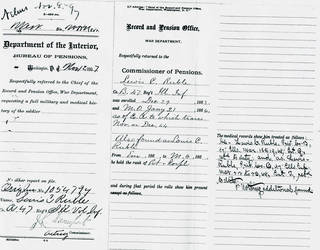 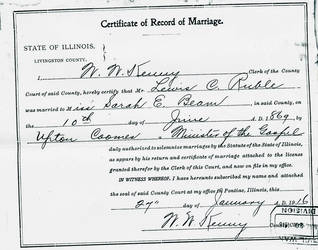 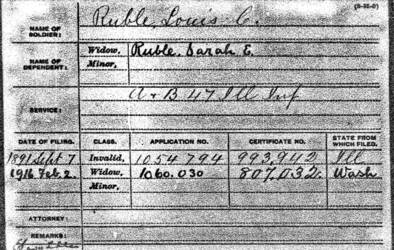 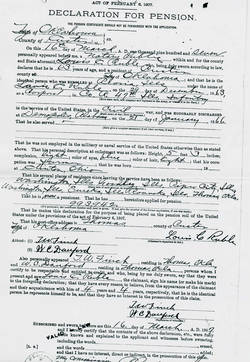 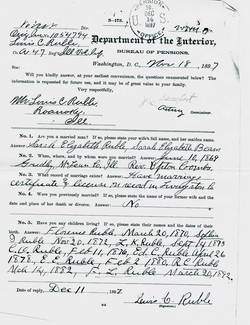 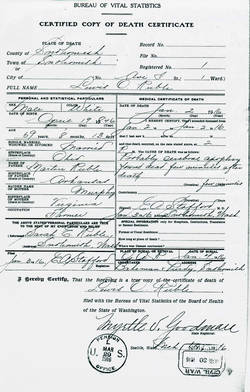 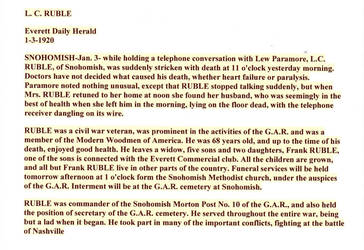 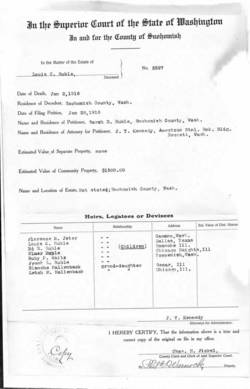 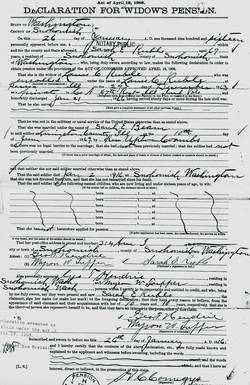 A three-year “western theater” unit, the 47th had its baptism of fire on 5/9/62 at Farmington, MS.  In October of that year, following two additional engagements, it lost 30 killed and over 100 wounded at Corinth.  In 1863 the 47th, via action at Jackson, moved to Vicksburg where, in the first charge upon the rebel works, it lost 12 killed and “quite a number wounded.”  It next participated in the defeat of a Confederate force at Mechanicsville, MS.  Spring 1864 found the 47th present at the capture of Ft. De Russy, LA and active in the battle of Pleasant Hill.

They then moved by steamer to Lake Chilcot.  Disembarking and moving inland the unit completely routed a force under Confed. Gen. Marmaduke.  That same fall, with terms of service expiring, the 47th was “consolidated” and “veteran zed.”  Veterans and recruits of the original organization (196 strong) then left Memphis on an expedition into Arkansas and Missouri after Confed. Gen. Price’s raiding army.

The veteran detachment was next ordered to Chicago, IL to assist in quelling any rioting that might occur on the day of the 1864 presidential election.  Their services not being required they were ordered to report to the superintendent of recruiting service at Camp Autler, Springfield, RI where ranks were swelled by 200 draftees.

1865 found the battalion-sized 47th moving to Mobile, AL via Tennessee, Mississippi and Louisiana.  At Mobile they took part in the reduction of Spanish Fort.  Here they also received six new companies, which once more made the regiment “complete.”

NOTE: The original birth – to – death biographical profile of Lewis Ruble was created during the early years of the Civil War Veterans Buried In Washington State project. As a result it was limited in both size and the availability of research resources.

The biography which follows was written in May, 2019. Although it contains many more details than its predecessor it still lacks the depth of more recent additions to this website which draw heavily upon veteran-related military, pension and other documents  housed in the National Archives in Washington, D.C.

In early 1864 Lewis, a 5’3” teenage farm boy, entered the U.S. Army.  It appears he either enrolled under the name “Louis” or, at some point while in the service the spelling of his first name was changed.  This secondary spelling would remain with him into his later years.  Significant to Lewis/Louis’ military tenure is that late in 1864 his Company “B” was consolidated into Company “A”.  At that time it appears Private Ruble promoted to corporal, the rank which  he would maintain until final muster.

Returning from the service, former Union infantryman Lewis/Louis settled in Illinois.  There, on 6/10/69, he married Sarah Elizabeth Beam (b. ca. 9/14/47 PA).

In 1907 the Rubles were in Thomas, Austin Co., Oklahoma. No documental information has been located on this period in their lives.

When and why the Ruble family came to the Puget Sound area of western Washington is not known.  By 1910 they were farming in the Ludwig District near present day Snohomish City in Snohomish Co.

On 1/21/16 in Snohomish, Snohomish Co., WA Lewis/Louis, age 69.8 years, died.  His obituary read, in part, as follows:  While holding a telephone conversation with Lew Paramore (Grand Army Of The Republic Cemetery Row 19 Site 1) L.C. Ruble was suddenly stricken with death… Drs. have not decided what caused his death, whether heart failure or paralysis.  Paramore noted nothing unusual except that Ruble stopped talking suddenly…When Mrs. Ruble returned to her home at noon she found her husband, who was seemingly in the best of health when she left him in the morning, lying on the floor dead with the telephone receiver dangling on its wire, he leaves a widow, five sons and two daughters… all but (son) Frank live in other parts of the country… Ruble was a member of the Modern Woodsmen of America… commander of Morton Post #10 of the G.A.R. and also held the position of secretary of the G.A.R. cemetery.” Burial was/is in the Snohomish Grand Army Of The Republic (G.A.R.) Cemetery.

Sometime post – Civil War Lewis/Louis had applied for and been granted a U.S. Government disability pension based on ailments or illnesses which traced back to his soldiering day.  At death Sorporal Ruble was receiving a $23 per month stipend.