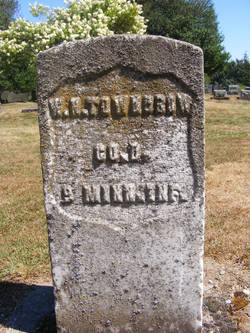 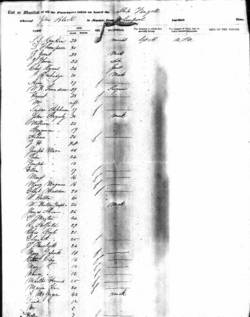 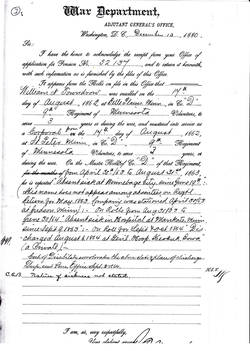 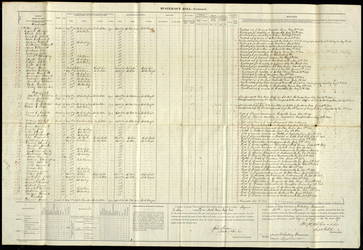 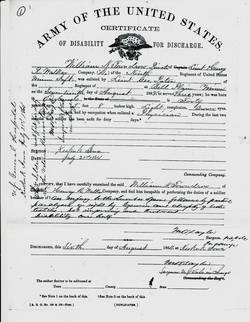 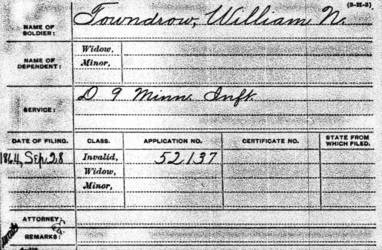 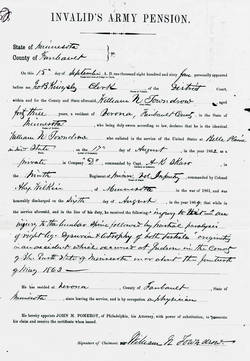 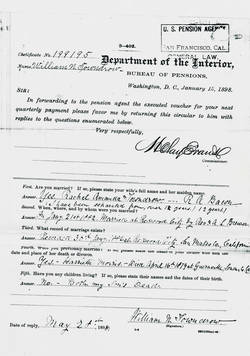 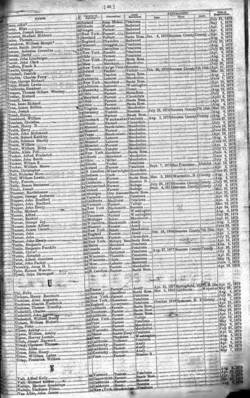 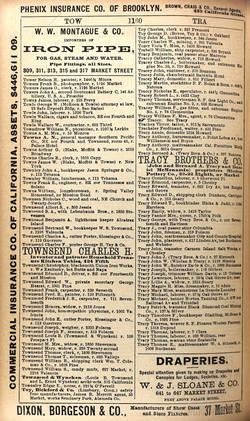 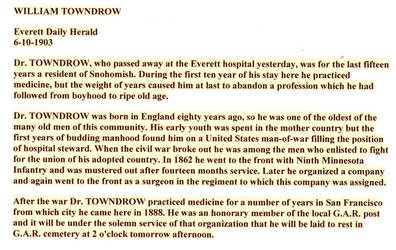 Organized during the summer of 1862 this 3 year regiment found them not fighting Johnny Reb in the east or south, but stationed at home confronting the recently erupted bloody Sioux uprising. At least four companies (D, E, H, K) would ultimately be part of the guard in Mankato, MN. When on 12/26/62 thirty eight Native Americans were executed in what remains the largest mass hanging in U.S. History.

By the fall of ’63, with the Indian problem subsiding, elements of the 9th departed for Missouri. However, the entire regiment would not be united until 5/26/64 when it moved into Mississippi. There, at the battle of Guntown the unit lost 286 in killed, wounded, and missing. 233 of those being captured. Of the latter group 119 were to die in southern prisons.

The 9th would subsequently be involved in a number of actions in Mississippi and TN including the battle of Nashville. In early ’65 the 9th participated in the campaign against Mobile, AL. before being mustered out of existence. The lifespan of the unit saw 1076 men registered on its rolls.

Born in England and trained as a physician William Towndrow entered the U.S. Army during the summer of ’62. Available records are unclear if he was a corporal or a sergeant. However, it is clear that when given a disability discharge he was a private. Although no details are given, within nine months of entering the army, while stationed at Judson, MN, William received a spinal injury which lead to partial paralysis of his right leg and the atrophy of both testicles.

Unfit for active duty or involvement in the Veterans Reserve Corps- an arm of the military organized during the Civil War to provide light duty for soldiers unfit for active duty due to sickness or wounding- William was given a disability discharge.

Post rebellion details on William’s life are sketchy. At some point he married to Harriet Morris who died in California on 4/16/79. On 1/21/82, while still in California, he remarried to Rachel Amanda Bacon. However as of 1898 the couple had been separated for 12 years. Also, documents note William fathering two sons, neither of whom were alive in 1898.

In 1888 William reportedly left his San Francisco medical practice and moved north to Snohomish. Here he continued to apply his medical profession for ten years before retiring due to age. Mrs. Towndrow died in the Everett hospital on 6/9/03. At the time of his death he was 80 years old.