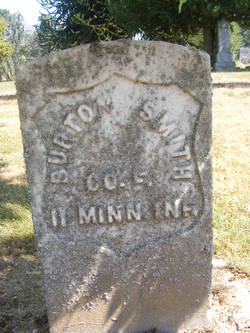 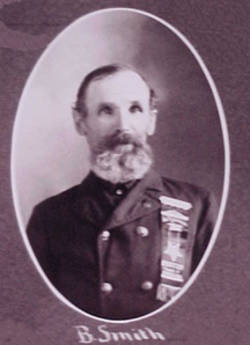 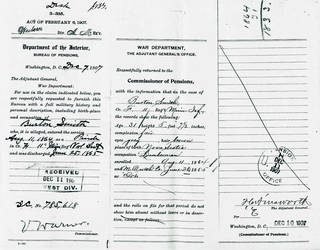 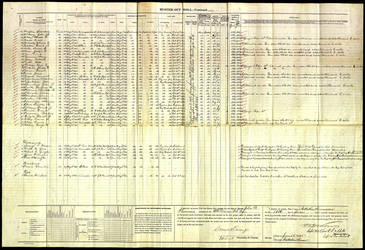 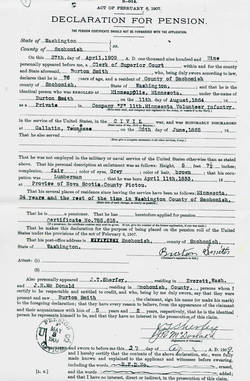 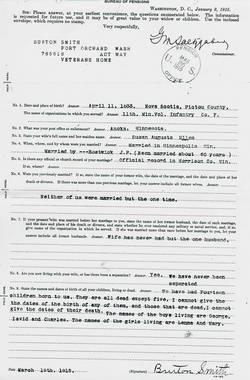 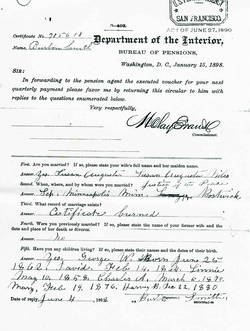 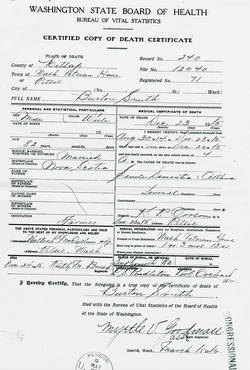 With the onset of the final Federal push to end the War, as many seasoned troops as possible needed to be relieved from garrison and guard duties to fill combat ranks. In the wake of the removal of such units a number of three month and one year regiments were formed to take their places. The 11th, a one- year western theater regiment, left Minnesota on 9/20 and headed for Nashville, TN via Chicago, IL. Once in Tennessee the unit set up headquarters at Gallatin and dispatched individual companies to guard the local railroad system, an important supply lifeline for Union Gen. W.T. Sherman’s Atlanta campaign, from guerilla attacks.

Cos. E, G, and I were stationed at Gallatin, A was located at Buck Lodge, B at Edgefield Junction, C at Richland, D at Sandersville and Alexander’s bridge, H at Mitchellville and F and K at “the tunnel.” While providing guard, picket and patrol services proved wearisome duty, life was at times, spiced by a chase after local guerillas. On one occasion this involved recapture of a herd of 1,500 cattle that had been stolen by Confederate irregulars. With the surrender of the guerillas in early summer, 1865, the 11th started for home.

NOTE: The original birth – to – death biographical profile of Burton Smith was created during the early years of the Civil War Veterans Buried In Washington State project. As a result it was limited in both size and the availability of research resources.

The biography which follows was written in May, 2019. Although it is more detailed than its predecessor, it lacks the depth of more recent additions to this website which draw heavily upon veteran-related military, pension and other documents housed in the National Archives in Washington, D.C.

Burton Smith was born 4/11/33 in Pictou County, Nova Scotia, Canada.  Other than the fact that his parents were born in Ireland and Canada, no information is available on his birth family.  Additionally, the only existing detail pertaining to his formative years is that he came to the United States in 1844 and became a naturalized citizen of this country in 1848. (Check with K. 1910 census. 1848. Year he came here or year naturalized.

While there are no specific details pertaining to Burton’s teenaged years, as a young adult on 9/11/56 in Minneapolis Hennepin Co., MN  he married Susan Augusta/Augusta Susan Niles (b.7/27/35 Wesley Washington Co., ME). In 1860 the U.S. Census found the Smiths Residing in Brockway Stearns Co., MN.

In 1864 when the 5’7”, fair complexioned Smith entered the U.S. Army, he listed his occupation as “lumberman.”  At the age of 31.4 years, Private Smith was slightly older than the 26.7 year old average Civil War combatant.  Apparently his military tenure was without trauma as existing records make no reference to illness, wounding attendance or behavior problems.

The War behind him, Burton returned to Minnesota where he and his family resided for the next twenty-four years. During those years locales where the Smiths resided and farmed included  Brockway, Stearns Co. (1870) and  Watab , Benton Co.,

Sometime after 1880 the Smiths removed from Minnesota to Snohomish County, Washington Territory .Why the move was made is not known.  One possible motivation was to be near adult children.  However, since at death his occupation was noted as “farmer,” perhaps he was seeking new farmland.

Another unknown in terms of the Smiths’ westerly move is where they initially settled because most of the 1890 U.S. Census was destroyed by fire. What is known is that by 1900 the family was residing in the Ludwig (District) outside of Snohomish City. They were also censused in that location in 1910.

Former Civil War Private Burton Smith died 12/23/15 at the Washington Veteran’s Home located in Retsil, near Port Orchard Kitsap Co., WA.  At death, the cause of which was listed as senile dementia and asthma, Mr. Smith had lived at the home for slightly over fifteen months.  When he passed from this earth the 82.8 year old former soldier was receiving $22.50 per month from the U.S. Government based on his Civil War service. Burial was in the Grand Army Of The Republic (G.A.R.) located in Snohomish, Snohomish Co., WA.

Augusta Susan/Susan Augusta survived her husband by two years. She died on 12/22/17.  When she died she was receiving $20 per month of her late husband’s pension.  Her final resting place is in the G.A.R. Cemetery beside Burton.