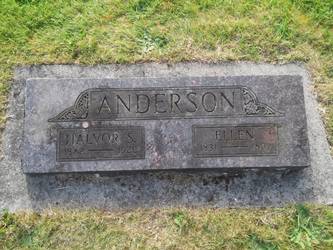 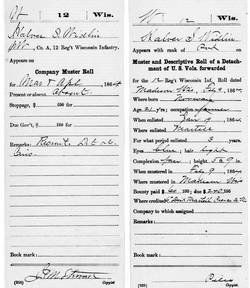 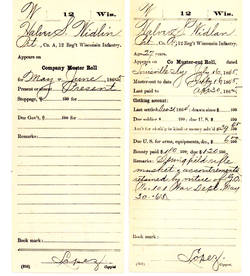 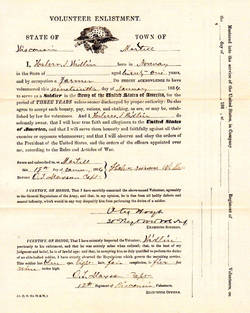 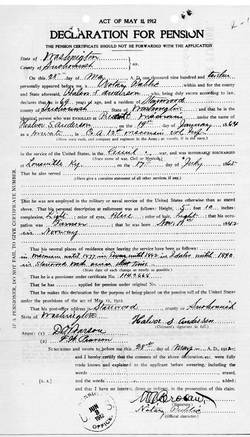 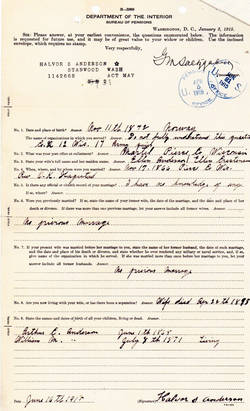 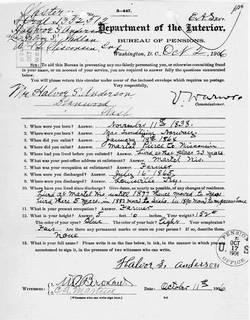 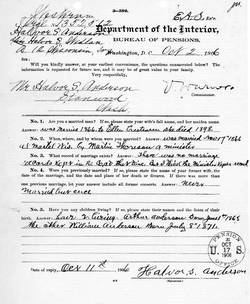 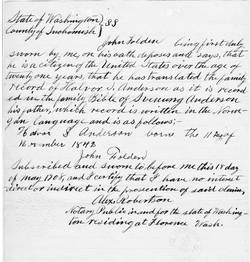 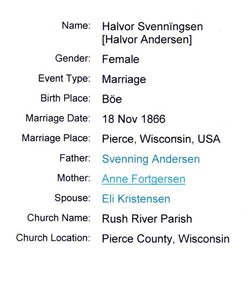 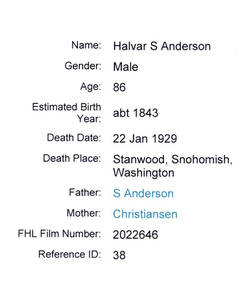 Nicknamed "The Marching 12th" this three year western theater regiment left Wisconsin on 1/11/62 bound for New Mexico.  The raw soldiers did some hard marching before the expedition was abandoned.

The 12th was next sent to Columbus, KY to repair railroads and rebuild bridges between that city and Humboldt, TN. From this latter location it participated in numerous brilliant expeditions clearing the countryside of guerillas and bridge-burners. In the fall of 1862 the unit was sent into the far south with the Army Of The Mississippi where it engaged in numerous skirmishes with the enemy, most notably at Hernando, MS and the Coldwater River.

1863. During the early months of that year the regiment was engaged in the siege of Vicksburg, MS. It then saw action at the second battle of Jackson and at Big Shanty where it charged two miles through the timber, capturing the Rebels' first skirmish line and dislodging a brigade from their rifle pits.

Moving with Union General William T. Sherman’s armies toward Atlanta, GA in 1864 the 12th was engaged at Kennesaw Mountain and in fierce engagements before Atlanta including Jonesboro and Lovejoy's Station. Joining the march to the sea it assisted in the investment and surrender of Savannah.

Early 1865 saw the 12th forging northward through the Carolinas with Sherman. From there it marched via Petersburg, Richmond, Fredericksburg and Alexandria, VA to Washington City. There it marched in the Grand Review.

Movement back to Kentucky preceeded final muster and disbandment.

* Halvor S. Anderson - Yes. This Civil War vet's birth surname was Anderson - was born 11/11/42 near Frondheim, Norway. Four things are known about his family. Firstly, his father's first name was Svenung (b. 1797 or 1800 Norway). Secondly, his mother's was Anna (no nee b. 1806 or '07 Norway). Thirdly, he likely had at least one sibling, an older brother named Andrew.  Fourthly, and finally, the Anderson family apparently immigrated to America in 1845. Halvor would become a naturalized U.S. citizen in 1877.

The U.S. Census for 1850 found the Andersons farming in Ashippun, Dodge County, Wisconsin. A decade later, in 1860, they were still farming in Wisconsin, but by that time in or near the community of Martell located in Pierce County.

It was in this latter community, on 1/19/64, that Halvor enlisted in the United States Army for a minimum of three years. His regiment was the 12th Wisconsin Infantry. His unit was Company "A". What is interesting is that the new private did not enroll under his birth surname. Instead, he used the name Halvor S. Widlin. Why the alias is not known. Also not documented is the source and significance of the Widlin surname to Halvor or the Anderson family in general. While in the military the surname would also be borne as Willin and Widlan.

Private Widlin's vital statistics at enlistment were as follows: Age 21.2 years (Actually he was 22.2 years old) Height 5'9"; Complexion light; Eyes blue. His occupation was noted as "farmer." For enlisting he received a $300 bonus or "bounty", $60 of which was paid up front with the balance to be paid incrementally on later dates.

As of 4/20/64 the 12th and Private Widlin were stationed at Madison, WI. By the end of that same month he was absent from his company on detached service in Cairo, Illinois. The reason for the detachment is not documented. Further, exactly how long he was detached is not known. However, it was apparently not for long as company records show him present for duty in May and June. The same can be said for the remainder of his service term which found he and the 12th in Georgia, South Carolina and North Carolina.

Private Widlin's final muster came on 7/16/65 in Lexington, KY. At that time he squared up his clothing finances with the government and paid the sum of $6 to keep his Springfield musket and accoutrements. For Halvor, military service had proven very benign.

Departing the military Halvor Anderson returned to civilian life in Martell, Wisconsin. Although it is not documented, likely he resumed farming as that was his noted occupation in the 1870 census for Martell.

Of significance within the 1870 census tally is that by that date Halvor had married and had two children. On 11/11/66 in Martell he had married Ellen Crestenson (b. 1830 Norway). The couple's first child Albert/Arthur C. was born 6/1/68. While birth years differ, their second, and final child, William M., was noted as being nine months of age at the time of the census. With his birth month and date being July 8, he was likely born in 1869.  (Another source, however, says he was born in 1871. The 1880 census tagged him as 8 = 1872)

Sometime during 1877 the Anderson clan quitted Martell and Wisconsin for Texas. What prompted the move south is not documented. Also not documented is where the family first settled. However, it may have been in Bosque County as that is where the census of 1880 found the foursome. Halvor's occupation was again noted as "farmer."

The Andersons remained in Texas until 1882 when they moved northwestwardly to the State of Idaho. Again, what prompted the move and where the family settled is not known. Further, also not documented is why, in 1889, they again pulled up stakes and moved further west to the Puget Sound area of western Washington Territory/State. There, they took up residence in or near the north Snohomish County community of Stanwood. This move would prove to be the Anderson's last.

Ellen died in Stanwood on 4/22/98. Available documents are silent as to the cause of her passing. She was buried in Stanwood's Cedarhome Cemetery.

1900. A new century, a new decade and a new census. This tally gives us very little information about Halvor other than that he and son William were living together in Stanwood.

Six years later, on 9/18/06, based on age, Halvor began the paperwork process to obtain a U.S. Government disability pension based on ailments, etc. which he traced back to his days of Civil War soldiering. Because he had served under the surname Widlin rather than Anderson much of this process involved contacting and collecting affidavits from former army comrades attesting to the fact that Halvor Widlin and Halvor Anderson were, indeed, one and the same. Another part of this process involved his returning to the family home in Wisconsin. There, he found the family bible which clarified his birthday as being 11/11/42 rather than 1838 as he had long believed.

Although it took a couple of years, Halvor was subsequently granted a monthly stipend of $6 per month retroactive to the 9/18/06 date.  During ensuing years that payment would increase until, at his passing, the former infantry private was receiving a substantial $65 per month.

Halvor remained in Stanwood for the remainder of his days.  The Stanwood census for 1910 noted him still farming, but living alone. A decade later the 1920 census noted him in Stanwood, but with the interesting notation "inmate old folks home." If he was, in fact institutionalized, available documentation does not provide any details, or even further mention, of this occurrence.

Former Civil War soldier Halvor Widlin/Anderson died on 1/4/29. He was buried in Stanwood beside Ellen.